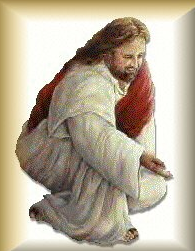 PORT-AU-PRINCE, Haiti (AP) – The top U.N. official in Haiti says the country must proceed with presidential elections.
The acting head of the U.N. mission in Haiti, Edmond Mulet, told The Associated Press the country cannot afford a constitutional “slippage” as it rebuilds from the Jan. 12 earthquake.

Two elections were scheduled this year before the quake ravaged the capital.

The presidential contest was salted for fall. President Rene Preval has pledged to step down at the end of his five-year term in February 2011.

Mulet is U.N. Assistant Secretary-General in charge of all peacekeeping operations worldwide. He stepped in when Turkish diplomat Hedi Annabi was killed in the earthquake.

Even before the quake offered an excuse, Preval and his Groupe Bourdon were plotting. His avaricious  wife Elizabeth Delatour is planning to become President – mirroring the grab at power made by Argentina’s ruling couple Nestor and Cristina Kirchner.

In parallel with this concept, Preval has been maneuvering to delay the elections – indefinitely – by claiming an inability to coordinate elections because of the upset, created by the quake and the fact many “have lost their identity cards…” The simple fact is – Haiti has never had more than 5% actually vote. The UN, USA and other members of the international community lie, after each Haitian vote, so as not to look entirely stupid.

Anyone can generate a 5% turn out.  The fact that this does not represent Haiti should not matter to anyone. All of the past votes have been basically the same – with people exaggerating the turn out to justify the millions spent on a flawed and useless process.

In another approach, he is using the people  he controls (he bought them) in Haiti’s Chambre of Deputies and Senate. He wants them to approve and extension of his presidency from February 2011 through May, 2011.   The terms of the Chambre and Senate will expire, leaving Preval in the same position he was in during January, 1999. At this time the Washington Post said Preval – “With the stroke of a pen…” created a dictatorship.

As an alternative, his man Kelly Bastien, President of the Senate and member of Preval’s party – UNITE – is stick-handling for some sort of executive council to run the country. This – of course – will be loaded with Preval’s people. After all, one of his Electoral Councils was headed by a Preval mistress; another by his first cousin. Nothing biased here!

Preval will Rule by Decree….amend the Constitution – and, effectively, maintain control the Haiti

There can be no elections with Preval in office.

Unfortunately, there is no mechanism in place to impeach Preval for his massive thefts of funds and material from the 2008 and 2010 relief efforts.

Let’s recognize the fact the Preval, Elizabeth Delatour, Leslie Voltaire, Dimitri Vorbe, Jude Celestin and a mob of major criminals, must retain control…or be faced with lengthy prison terms and forfeiture of their stolen wealth.

Preval must be removed from office – preferably by a popular wave of anger – generated by his actions –  by the massive and powerful Haitian Mob. This element of society has suffered terrible, because of the quake…and before…through the greed and cynical disinterest of Preval and his team.

The business community will do nothing to save Haiti. It is focused upon vast profits available through the influx of billions.

THERE IS NO SOCIAL CONSCIENCE IN HAITI!!

The Mob must move against Preval.

The Mob should put people on the streets.

The Mob can remove Preval and save Haiti.

The Mob is ready – but need a leader.

WHERE IS THE LEADER WHO WILL SAVE THE NATION???

Perhaps American President Obama will be the leader.

Preval is scheduled to fly to Washington for a meeting with the American president who is upset at Preval’s demeanor during the recent meeting between Preval, Admiral Mullin and a personal representative of Hillary Clinton, Secretary of State.

PREVAL IS A CRIMINAL AND

MUST GO SO THAT HAITI CAN