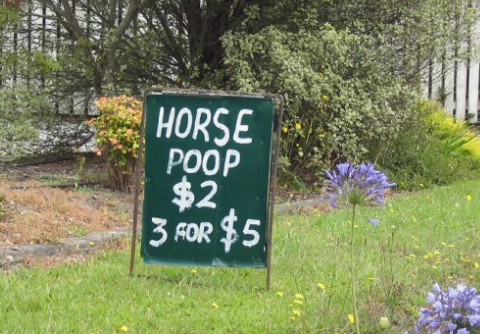 A team of U.S.-based lawyers who witnessed last month’s Haitian elections say there is mounting evidence showing a clear pattern of systemic fraud, voter confusion and intimidation, and in some areas disenfranchisement.

The report paints a grim picture of a flawed, chaotic electoral process on Oct. 25. Not only were voting procedures inconsistently applied at poorly designed polling stations, the report notes, but the widespread use of observer and political party accreditation led to people voting multiple times and potentially accounts for as much as 60 percent of the 1.5 million votes cast.

“Without major corrective measures, these elections will represent a significant setback in Haiti’s long-struggle to consolidate democracy,” said the report based on the observations of a delegation of election monitors from the National Lawyers Guild and International Association of Democratic Lawyers Delegation.

Oct. 25 was better organized and more orderly than Aug. 9.

The report’s release comes nearly a month after the vote to elect President Michel Martelly’s successor, and as the international community attempts to salvage the process amid growing and violent protest over allegations of fraud. Those accusations —political party monitors voting multiple times, ballot box stuffing and the manipulation of results at the vote Tabulation Center — have undermined many Haitians’ confidence in the announced results, despite international observers deeming them as acceptable.

While local observers have called for an independent recount of the votes, the CEP has rejected their request, saying it lacks the power to appoint such a verification commission. That commission, the report said, is important given the “deep mistrust” of the body charged with staging the vote—the Provisional Electoral Council, known as the CEP— and Martelly’s government.

“Without a credible and thorough investigation by an independent body, Haitians will continue to question the announced results,” the report said.

The doubt has triggered protests that grow day by day, and endanger the possibility of the scheduled for Dec. 27 second round.

On Monday, foreign diplomats, mostly silent until now, trekked over to the presidential palace to meet with Martelly. They have shrugged off growing calls for a transition government, saying that it’s important for Haiti to complete its electoral process.

“The U.S. and its allies have once again deemed the electoral process acceptable,” the report said, “and called for it to go forward on the basis of the announced results.”

Those results have government-backed candidate Jovenel Moise facing opposition candidate Jude Célestin. While deemed the second place finisher, Célestin has rejected the preliminary presidential results and led the call among a group of eight candidates for the independent verification commission. The five-member commission would come from various sectors with a moral authority in the country. It would not just do a recount of the vote, but its goal would be to restore confidence in the process.

The report’s authors say such an investigation should also involve a thorough investigation into accredited political party representatives known as mandataires on the vote. Because of their numbers — 915, 675 cards were issued — and loose enforcement of rules limiting the numbers of party representatives who could be present in a polling station at any one time, “the mandataires system created a structural opportunity for fraud that favors the parties with the most money to spend,” the report said.

Pierre Esperance, the head of the largest human rights network, who visited the Tabulation Center on Saturday as part of two candidates’ challenge of their placing in the results, said the law governing which tally sheets should be accepted and which are to be rejected, was violated repeatedly.

“In 97 percent to 98 percent, there is massive fraud and gross irregularities,” he said. Of the 10 to 12 percent of tally sheets examined, Esperance said, “the department that comes in the first position of the massive fraud, the northeast, north and northwest.”

“There are some cases of irregularities that show a lack of training but there are irregularities that are so grave, it tells you ‘This is something that was planned,’ ” he said. “For example, when someone votes and the person doesn’t sign their name, that is a voluntary will that is being manifested.”

Overall, the CEP’s decisions and rulings have lacked transparency, have rarely been founded on clear principles and have been applied inconsistently report

Haiti’s deepening post-electoral crisis, he said, has now surpassed the CEP and the electoral court.

“This requires a political decision,” Esperance said. “The government has to enter into this and I hope the prime minister shows courage and appoints an independent verification commission.”

For its part the report makes several recommendations on how to improve future elections, while also showing how the council’s inconsistent applications of rulings has undermined its credibility. It also points out that there were lax controls at polling stations, often cramped and crowded, a shortage of ink or ink that didn’t work well.

Oct. 25 was marked by low voter turnout, estimated at 26.6 percent nationwide and less than 15 percent in parts of the capital.

The report noted that Haiti’s electoral crisis didn’t just start with the country’s fraud and violence-marred Aug. 9 elections but the stage was set by the country’s 2010 and 2011 elections that brought Martelly into power amid his own cries of fraud. The Aug. 9 legislative elections, for example, were the first elections Martelly held during his 4 1/2 years in office.

Calling on the international community to support the Haitian people in their push for free, fair and transparent elections, the report warns:“Fraudulent elections will result in a new government that lacks legitimacy and accountability to the Haitian people and perpetuate the instability and corruption that Haiti has experienced since the 2010-11 elections.”

Why does Charles peddle this garbage without stating the background and bona fides of these legals groups?

One must wonder about the agenda J. Charles is promoting.

MUST NOTE WHO THESE ATTORNEYS ARE

The group has at times been the focus of controversy. As during the McCarthy era when it was accused of operating as a communist front group, and in 2003 when NLG attorney Lynne Stewart was convicted of conspiracy and providing material support to terrorists, sentenced to ten years in prison, and disbarred, for helping pass messages from prison for Omar Abdel-Rahman, her former client and mastermind of the 1993 World Trade Center bombings, to his followers in al-Gama’a al-Islamiyya, an organization designated as a Foreign Terrorist Organization by the US Secretary of State, and for committing perjury.[2][3][4]
According to historian Harvey Klehr, the NLG was allied with the Communist Party; in the 1930s a significant number of NLG founders had been members or fellow travelers of the Communist Party USA,[10] including Executive Secretary Riemer and Joseph Brodsky of the CP’s International Labor Defense auxiliary.[8]
https://en.wikipedia.org/wiki/National_Lawyers_Guild

It was considered a Communist front organization by the United States government during the Cold War period.

https://en.wikipedia.org/wiki/International_Association_of_Democratic_Lawyers
SO THEIR OPINION IS QUESTIONABLE TO START WITH – DEFINITELY NOT THE AMERICAN BAR ASSOCIATION!!!!

THE RIGHT-TURN SIGNALS, IN THEIR CARS, HAVE BEEN DISONNECTED.
LEFT…. ONLY LEFT. 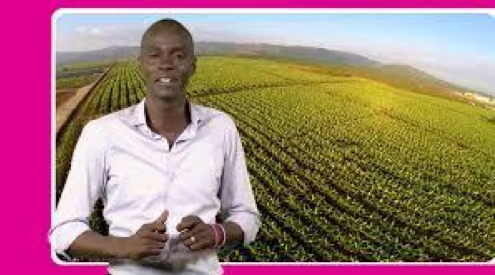