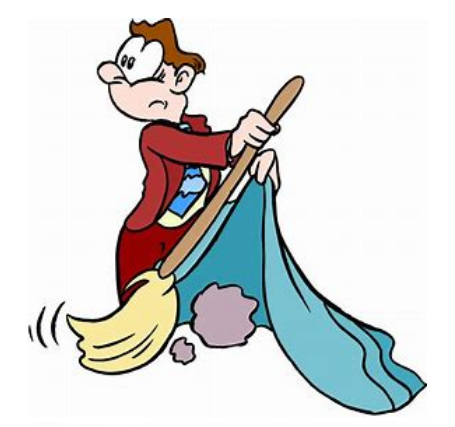 As the COVID-19 pandemic continues across the U.S., obtaining an accurate tally of cases and deaths has become a growing challenge.

Death counts may be underestimated due to several factors. Staff shortages and bureaucratic red tape around accessing death records in certain states have also reportedly added to the issue, causing delays in reporting the latest state figures to the U.S. Centers for Disease Control and Prevention (CDC).

But many potentially infected people have been dying at home. These deaths are currently unaccounted for because of a lack of testing before they died.

Several metropolitan areas of states with some of the highest death tolls in the country have reportedly seen a spike in fatalities at home that may have been from COVID-19.

Speaking to Newsweek, Mark Hayward, an expert on mortality statistics who is a member of a CDC advisory council on vital statistics, said: “The biggest challenge in obtaining an accurate tally of COVID-19 deaths is to [be able to] implement widespread testing. Locales that lack testing and where populations are rural, reside in nursing homes, or people live alone are likely to be major contributors to the undercount; note that these are not mutually exclusive categories.”

He added: “There are also varying standards (and timing of rollouts) of testing by state. Cause-of death classification schemes have also been evolving and it’s not always straightforward in assigning COVID-19 as a cause of death. I think the biggest barrier, though, is the lack of testing.”

As of Thursday, nearly 3,263,000 people in the U.S. have been tested for the virus. This is less than 1 percent of the total population.

So the current reported U.S. death toll may only be “the tip of the iceberg,” Hayward told ProPublica.

But just how underreported are the death counts across the U.S.? Hayward told Newsweek: “I do not have an actual figure of underreporting and this will vary over time as testing becomes more widespread. The degree of under-reporting will vary across localities in the U.S. and over time. The geographic and temporal variability are tightly linked because of the geographic differences in testing.”

He added: “It’s also hard to use other countries as standards to gauge underreporting, given differences in vital registration systems.”

Getting an accurate account of deaths is vital for mitigation purposes, especially for identifying any potential hotspots and sending resources to those areas before there is an explosion of cases and deaths. That’s according to the chief of the CDC’s mortality statistics branch, Robert Anderson.

“One of the reasons we count deaths is to allocate resources to where they need to go. It becomes a little more time-sensitive when you’re dealing with something like a pandemic,” Anderson told ProPublica.

Slide 1 of 49: A COVID-19 IgG and IgM Rapid Test Cassette is displayed on April 16, in New York City. The take home test says they can tell a person if they have Coronavirus antibodies in their system, thus indicating that they have had the virus.
Full screen
1/49 SLIDES © Spencer Platt/Getty Images

An untold number of deaths were said to have been unconfirmed and the medical examiner’s office does not test dead bodies for the virus.

A spokesperson for the city’s health department, Michael Lanza, told Gothamist that the city only includes confirmed novel coronavirus deaths in official figures. “Every person with a lab-confirmed COVID-19 diagnosis is counted in the number of fatalities,” he said.

“While undiagnosed cases that result in at-home deaths are connected to a public health pandemic…not all suspected COVID-19 deaths are brought in for examination by OCME [Office of Chief Medical Examiner], nor do we provide testing in most of these natural at-home deaths.”

Nearly 2,192 deaths at home (equating to about 130 deaths a day) were also recorded by the Fire Department of the City of New York between March 20 and April 5.

The figure was reported to be a nearly 400 percent increase from the same period last year, when the department received 453 calls for cardiac arrest patients who died.

The graphic below, provided by Statista, shows the number of confirmed COVID-19 cases, the disease caused by the new strain of coronavirus, in a selection of states.

© Statista A chart provided by Statista shows the cumulative number of confirmed COVID-19 cases in New York, Washington and California from March 16 through April 15. New York alone accounts for a third of the confirmed cases of the United States’ COVID-19…

Health officials in Massachusetts were said to have reported around 317 at-home deaths in March. The figure is reportedly a 20 percent increase from the same period over the past three years.

Officials in Detroit reported 150 “dead person observed” calls were received from April 1 to April 10. The number was said to be at nearly 40 during the same period for the past three years, according to city 911 call data.

It is hoped the quality of the figures will improve with further expansion of testing across the country. Hayward told Newsweek: “The CDC is responding to the need to accurately count COVID-19 deaths.”

The CDC recently issued new guidelines for counting cases and deaths, which have been in effect from April 14.

“As of April 14, 2020, CDC case counts and death counts include both confirmed and probable cases and deaths,” the CDC states on its website.

Hayward noted: “The new guidelines in essence help identify probable COVID-19 deaths in the absence of testing – which is important.”

The COVID-19 virus, which was first reported in Wuhan, China, has infected more than two million people across at least 185 countries and regions. Over 139,400 have died, while nearly 528,300 have recovered from infection, according to the latest figures from Johns Hopkins University.

The graphic below, provided by Statista, illustrates the spread of COVID-19 across the U.S.

© Statista The number of confirmed novel coronavirus cases in the United States. Statista

Data on COVID-19 cases is from Johns Hopkins University unless otherwise stated.