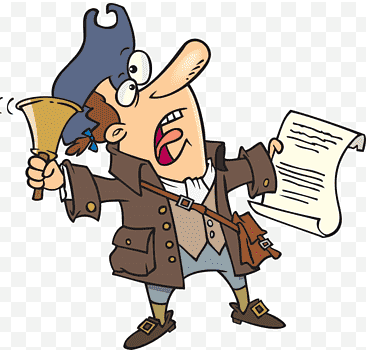 KEY POINTS
Director of the National Institute of Allergy and Infectious Diseases Anthony Fauci (R) listens as US President Donald Trump speaks during the daily briefing on the novel coronavirus, COVID-19, at the White House on March 24, 2020, in Washington, DC.
Mandel Ngan | AFP | Getty Images

The current data on the U.S. Covid-19 outbreak is “disturbing,” White House coronavirus advisor Dr. Anthony Fauci said Friday as he disputed President Donald Trump’s claim that the U.S. is “rounding the corner.”

Trump said Thursday evening at a White House news briefing that “I really do believe we’re rounding the corner,” adding that new weekly cases have declined by 44% since July. MSNBC’s Andrea Mitchell asked Fauci, director of the National Institute of Allergy and Infectious Diseases, on Friday about the president’s comments.

“I’m sorry, but I have to disagree with that because if you look at the thing that you just mentioned, the statistics, Andrea, they’re disturbing,” he said. “We’re plateauing at around 40,000 cases a day and the deaths are around 1,000.”

Daily new cases in the U.S. have fallen substantially since new national cases peaked in late July, when the country reported nearly 70,000 new cases in a day, according to data compiled by Johns Hopkins University. Over the past seven days, the country has reported an average of about 35,200 new cases per day, down more than 12% compared with a week ago, according to a CNBC analysis of Johns Hopkins data. However, recent data reporting has likely been impacted by the Labor Day holiday weekend, which shuttered some local health departments and clinical laboratories.

The number of daily new cases remains far lower than the peak, but the country is still reporting a worrying level of new infections, Fauci said. And while new cases have fallen substantially, new deaths caused by Covid-19 have dropped modestly. The country is still reporting about 850 new deaths, on average, every day, according to Johns Hopkins data.

“When you have a baseline of infections that are 40,000 per day and you have threats of increased test positivity in certain regions of the country, such as the Dakotas and Montana and places like that. … You don’t want to start off already with a baseline that’s so high,” he said.

He added that the concerns are heightened by the approaching fall and winter seasons, which will likely push people indoors where the virus can spread more easily.

Fauci said the U.S. will be in a “more precarious situation” in the fall and winter and if the country continues to report the current level of new cases everyday, it will put the U.S. at “a disadvantage right from the very beginning.” Over the past couple of weeks, Fauci and other top health officials have repeatedly warned that cases must continue to decline as the country approaches colder weather. Earlier this month, Fauci said daily new cases were “unacceptably high” this close to fall.

Officials and public health specialists have expressed a few different concerns about why the fall and winter months might bring new challenges. First, colder weather is likely to push more people indoors for risky activities such as indoor dining.

Second, seasonal influenza could spread widely among the U.S. population, as it does in most years, straining health systems and diagnostic laboratories as the country tries to respond to two epidemics simultaneously.

And some scientists believe that the virus could be seasonal, similar to the flu. While it has continued to spread rapidly in the U.S. and elsewhere during the summer, some scientists are concerned it could begin to spread even more easily come November or December.

Last week, forecasters from the Institute for Health Metrics and Evaluation at the University of Washington predicted that the total U.S. death toll could top 410,000 by Jan. 1 if the current mask wearing and social distancing trends continue. Dr. Christopher Murray, director of IHME, said one assumption baked into his team’s model is that the virus has a seasonal element.

“We are facing the prospect of a deadly December, especially in Europe, Central Asia, and the United States,” Murray said last week.

In the same Friday interview, Fauci also responded to a report from Politicothat said a Trump administration appointee at the Department of Health and Human Services is trying to keep Fauci from speaking about some of the risks the coronavirus poses. Politico said it obtained emails from Paul Alexander, a senior advisor to Michael Caputo, HHS’s assistant secretary for public affairs, trying to control what Fauci planned to say at media appearances.

“I don’t pay any attention to them at all. I mean anybody that tries to tell me what to say publicly, if they know anything about me, realize that’s a fool’s errand,” he said. “No one is ever going to pressure me or muzzle me to say anything publicly, so whoever that person was that wrote that memo, it was a waste of an email.”

Fauci also responded to a question about taped remarks made by the president early in the pandemic to reporter Bob Woodward. Trump told Woodward in early February that he knew the virus “goes through air.” Later, in another taped interview that took place in mid-March, the president told Woodward that he “wanted to always play it down.” Trump defended his remarks on Thursday, saying “I don’t want to jump up and down and start screaming ‘Death! Death!’ because that’s not what it’s about. We have to lead a country.”

Fauci responded to the remarks by saying that there had been disagreements throughout the outbreak that were evident when Fauci and the president would present different assessments of the state of the outbreak to the public.

“I can’t have any explanation for the conversations between the author of the book, Bob Woodward, and the president,” Fauci said Friday. “I can’t comment anymore on that, except to say yes, when you downplay something that is really a threat, that’s not a good thing.”