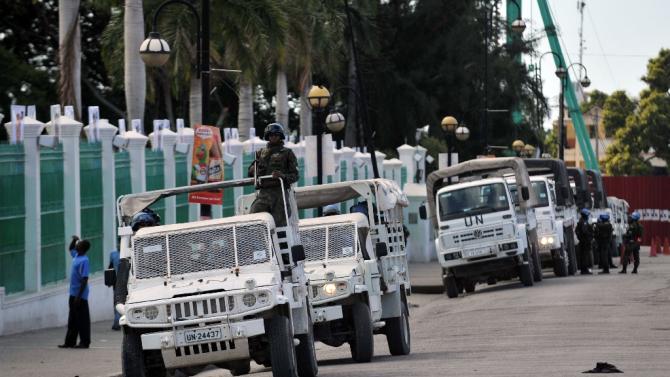 Port-au-Prince (AFP) – Two female officers from the United Nations police force in Haiti were found dead in their home on Wednesday, the UN mission to the country said.

The MINUSTAH mission did not say which country the officers came from — there are police from 45 countries in the 2,600-strong force — nor how they died.

A joint investigation has been launched by the UN force and Haiti’s own national police, which work together to enforce law and order in the troubled country.

Sandra Honore, the UN special representative and head of the mission, expressed her regrets and sent condolences to the families of the deceased.

The two are thought to have died overnight between December 29 and 30 in their quarters in Cap Haitien, Haiti’s second city, in the north of the country.

MINUSTAH was deployed to Haiti in 2004 after the fall of President Jean-Bertrand Aristide plunged the poorest country in the Americas into political crisis.

Its numbers have ebbed and flowed but it was reinforced after the January 2010 earthquake that devastated the capital Port-au-Prince and killed more than 200,000 Haitians and 102 UN staff.