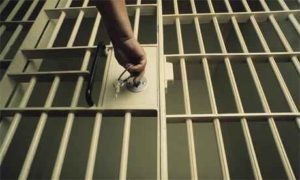 The top UN official in Haiti, Edmond Mulet, and OAS secretary general Jose Miguel Insulza welcomed the results. “We hope the results are received by everyone in an environment of trust and tranquillity,” Insulza said.

Mark Weisbrot, co-director of the Washington-based Center for Economic Policy and Research, said: “What a disgrace to the United States government: the richest country in the world has forced one of the poorest to change the results of its presidential election, literally under the threat of starvation … This attempt to impose an illegitimate government on Haiti will backfire,”.

What imbecile believes the Haitians can accept being raped by the OAS ….in an environment of trust and tranquility?   The entire OAS crime saw a fatally flawed election forced upon a desperate nation. The entire process should be thrown out. A new vote should be held and this will show that the reall leaders were Ceant, Baker and Martelly a distant third.

Preval was afraid of Ceant, since Ceant may have brought Preval to Justice for murder, torture, kidnap, cocaine trafficking, and embezzlement of hundreds of millions of dollars.  So he had Boulos, President of the Chamber of Commerce create four  fraudulent BRIDE polls that showed Manigat the leader. These the ones everyone quotes to justify this disaster.

Boulos  saw his car dealership sell 100 vehicles to Preval/Celestin and a passport given to his brother, Rudi, ending Preval’s campaign against his senate situation.

The Nation receives nothing, other than a president it did not vote fore – Manigat or Martelly.

It is not too late. Cancel the elections, create a new CEP – Electoral Council – and hold a properly supervised and controlled election. Only then will the true wishes of the Haitian  people be reflected in the ballot.

Their true wishes – at the moment – have been hijacked through pressure, threats, blackmail and the promise to withdraw the visas of a few decision makers.

In other words, the will of the Haitian people was sold for a few American visas, held by criminals.

So much for Democracy!

The anti-American feeling in Haiti is palpable. I have to tell people I am Irish!

1 thought on “TWO OPPOSITE POINTS OF VIEW ON ELECTORAL CRIME.-Added COMMENTARY By Haitian-Truth”