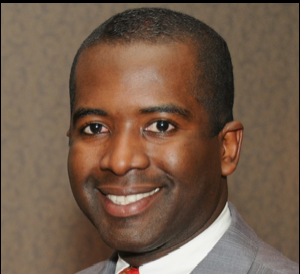 Honorable Joseph Champagne, Mayor of South Toms River, New Jersey
The National Haitian American Elected Officials Network (NHAEON) strongly condemns the Dominican Republic court ruling (Sentencia 168-13) which renders stateless thousands of Dominicans, mainly of Haitian and Caribbean origin.
Media Contact: Joseph Makhandal Champagne, Jr., Esq., Chair                        Tel: 732-240-0030 and email: nhaeon.chairman@gmail.com
The ruling officially states that any Dominican citizen without one parent of Dominican nationality will have their citizenship stripped retroactively to 1929.  This ruling violates the Dominican constitution and a number of international conventions.
Consider the vast implications of this ruling.  Without citizenship, these Dominicans have no property rights; they are unable to use hospital facilities their children cannot go to school; their passports are void and they cannot travel.  They are in limbo.  An 80-year old grandmother living in the Dominican Republic for generations just lost everything – as have her children and grandchildren.  Most concerning to my organization is that a disproportionate number of Dominicans affected by this ruling are black and of Haitian descent.
Multilateral institutions, including the Caribbean Community and Common Market (CARICOM), Organization of American States (OAS), the United Nations (UN), and the Inter American Human Rights Commission, have condemned the decision. Haitian President Michel Martelly addressed the OAS on February 7, 2014 calling for constant vigilance on this issue (https://www.youtube.com/watch?v=8kk8Byb-kQA&list=PLkh9EPEuEx2sNOv3Z8kwhcHuDZXHHQTt8&index=3). Twelve days after that speech, CARICOM countries called on the OAS Permanent Council to consider the report of the Inter American Commission on Human Rights calling for the Dominican Republic to respect its international obligations (https://www.youtube.com/watch?v=zq34GEHxU1E&index=2&list=PLkh9EPEuEx2sNOv3Z8kwhcHuDZXHHQTt8).
Many human rights organizations have joined the condemnation, including Amnesty International and the Robert Kennedy Center for Human Rights and Justice.  Human rights activist and winner of the 2010 Nobel Prize for Literature, Mario Vargas Llosa, has likened the Dominican court ruling to tactics used by the Nazis and the brutal Apartheid regime in South Africa.  Unfortunately for Haitians, who are the main ethnic group targeted by this ruling, there is a troubling historic precedence underpinning this comparison.  In 1937, Dominican President Rafael Trujillo directed the purge of black Haitian workers and murdered as many as 40,000 Haitians without repercussion.
In the face of international pressure, the Dominican Government has only minimally responded.  They have engaged the Haitian government in a bilateral dialogue, which has resulted in no serious solutions to date.  Rather, the Dominicans have focused on a tangential issue, namely “regularizing” undocumented workers, and have issued two decrees that provide papers to those citizens.  Undocumented workers are not the core issue.  The rendering stateless of tens of thousands Dominicans is the core issue.
NHAEON is calling upon multilateral institutions, the Dominican and Haitian Diaspora, as well as human rights groups, and the global community to mobilize against this state-sponsored ethnic cleansing of Dominicans of Haitian and Caribbean descent by calling for the following actions:
1)   UN Security Council, the Secretary General and the Organizations of American States officially condemn the ruling of the Dominican court; 2)   Additional efforts by the CARICOM to suspend Dominican Republic participation in multilateral organizations, including the OAS, UN, the African Union, European Union, and PetroCaribe. 3)   Call for the World Bank, International Monetary Fund and the Inter American Development Bank to consider sanctions; 4)   Appeal for U.S. Diplomatic intervention and for Haitian Americans to build coalitions with our friends and allies in the Congressional Black Caucus, the Latino Caucus, the Progressive Caucus, the NAACP, Urban League, and religious groups to join us in protecting the citizenship of all Dominicans; and, 5)   Mobilize the Dominican and Haitian Diaspora to boycott the Dominican government and businesses and request host nations to condemn the Dominican ruling and impose trade sanctions.
ABOUT NHAEON National Haitian American Elected Officials Network in the United States (NHAEON) is a non-partisan coalition determined to promote Haitian culture, education, welfare and well being while improving relations between the United States and Haiti.  NHAEON is committed to bringing a renewed national and local focus on key legislative, diplomatic, security, economic and human rights issues affecting Haiti.
State Department Human Rights on the Dominican Republic, see: http://www.state.gov/j/drl/rls/hrrpt/humanrightsreport/index.htm#wrapper