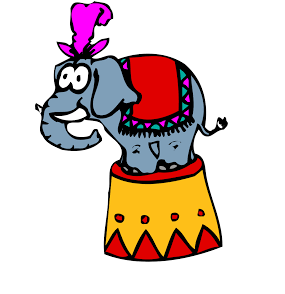 According to an article published in Le Nouvelliste, Mrs. Diallo acknowledged major issues that are of utmost concern, that have arisen since her arrival. These would be the threat posed by the passing of Hurricane Irma and the demonstrations of protest against the budget of fiscal year 2017-2018.

To these matter, the Embassy delivered the customary message of hope:

However, the chargé d’affaires’ confidence in the continuation of the Haiti-US partnership did not allow her to say anything definitive or in the lease consequential regarding the hottest topic of the day, the expiring Temporary Protected Status.

To the question of whether there is a chance that the status of temporary protection (TPS) will be renewed before January 23, 2018, she replied:

“I do not know. I can not guess… we discussed it a lot in Washington and Haiti even before I arrived. Now, the discussions are continuing…”

Mrs. Diallo deflected further questioning on the matter by saying that the Temporary Protected Status program is not a decision of the embassy but of the US government to decide whether to extend it or not.

The end of the mandate of the United Nations Stabilization Mission in Haiti (MINUSTAH), which has received much of its funding from the United States, is a matter of focus on the U.S. side. It has always been the U.S. approach to closely coordinate with the Haitian National Police through its security agencies such as the Drug Enforcement Agency and the Federal Bureau of Investigations for examples.

“We already have a lot of special programs with the national police to strengthen security in Haiti. Now, we will work on the protection of the land border…”

The supervision of PNH agents by instructors and trainers from the USA goes back more than 20 years and more than once, according to Le Nouvelliste, Robin Diallo argued that the United States would continue to support the police institution.

“We have done a lot of work with the PNH. We are confident that the PNH can ensure the security of the country…”

The priority areas of intervention of the United States remain unchanged according to the diplomat. The priorities it has listed are particularly relevant to the health sector.

“We are already doing a lot of work in the health field to fight and treat HIV, tuberculosis, we are also promoting reproductive health and vaccines… [we plan to] strengthen civil society and support the judiciary. We also have education programs, exchanges and coaching…”

Another favorite playground of the US representative in Haiti is the issue of direct employment created in the country by US investments. “We are trying to promote trade with American companies,” she said.

In an exclusive interview with Le Nouvelliste last week, she relied on the 12,000 people who work in Caracol and the additions to this project: water, electricity, education, as talking points of a success.

Regarding the Permanent Electoral Council (CEP) that the three powers of the state are trying to set up, Diallo believes that “this is very important for the country.”

“Everyone in a democracy believes that independent and transparent elections are very important. [Such a process must] have a permanent CEP and ensure that the elections run smoothly. “

Robin Diallo, the new American diplomat in Haiti, a career diplomat, recently served as Minister of Public Affairs at the US Embassy in Baghdad, Iraq. She previously served in Afghanistan and the Philippines

COMMENT: HAITIAN-TRUTH.ORG
The lady’s comments on the PNH and Permanent Electoral Council show a continuing naivete on America’s part.
The total failure of PNH training and structure has long been known.
To comment upon 20 years involvement, without referring to Aristide’s firing of all PNH officers, trained by the American and Canadian, shows a lack of knowledge or some obfuscation..
We don’t have a police force. We have a criminal institution with a percentage of honest police officers. A third – at least -are controlled by Aristide, including Chief Gedeon.
So far as a Permanent Electoral Council is concerned – permanency is not a strenght. Instead, it allows someone the opportunity to gain a 9 year control of elections.