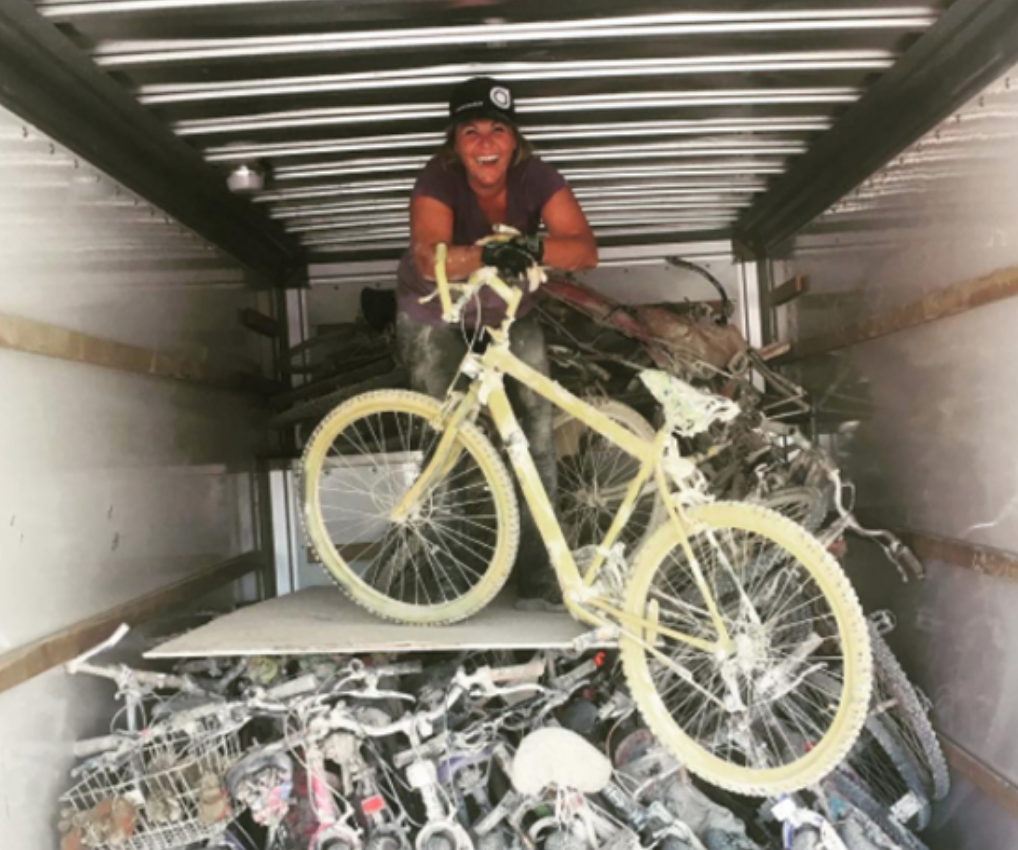 Meg Kiihne loads abandoned bikes into a U-haul on the Playa. Photo/Provided

Every year, thousands of bikes are left scattered throughout the post-Burning Man Playa. This year, however, the number of abandoned bikes was more than double the usual numbers, with an estimated 4,000 left behind. Typically, the process of distributing these bikes to various nonprofit organizations is streamlined and organized. However, with the massive amount of bikes left on the Playa this year, event organizers entered crisis mode and photos of piles of abandoned bikes ended up on social media.

Truckee resident Meg Kiihne saw the viral photos of an event that has “leave no trace” as one of its 10 principals. Thanks to a unique set of skills and an established community of friends in the Turks and Caicos, she knew that she could leverage her talents and the surpluses of abandoned bikes in Black Rock City for disaster rebuilding efforts on the small British territory. The Turks and Caicos were hit by Hurricane Irma, a Category 5, on Sept. 7 with gusts up to 150 miles per hour. Hurricane Maria then hit.