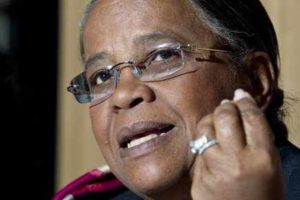 Even as Michel Martelly widens the gap between him and Mirlande Manigat, the lady reneges on deal with Youri Latortue. There is an old Creole proverb that says…”These two men don’t need a Bill of Sale to sell a horse…”  Well now, this Senator and Presidential Candidate do need a written agreement, to seal a deal made many months ago. Now Mirlande Manigat has gon back on her word and refuses to make a formal agreement, so sure is she of winning the election, with or without Latortue.

The most recent real poll of possible voters  shows Martelly with 55%, Manigat with 24% and the rest undecided.

And Manigat would rather seen as a person with no Word than to ratify and earlier agreement that saw Latortue throw his support behind her for a few millions. Where Manigat planned to get these millions is not  a challenging question. Haiti’s treasury would suffer, yet again.