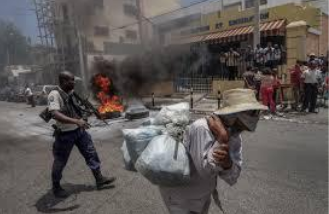 Several thousand demonstrators in Haiti marched through the capital Port-au-Prince on Sunday to demand the resignation of Haitian President Jovenel Moise because of allegations of embezzlement.

Led by dozens of protesters on motorcycles, the mostly youthful demonstrators filled city-centre streets in a rally organised by opposition parties and civil society groups. 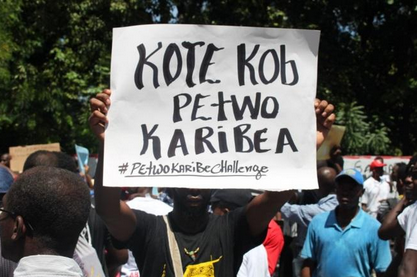 Amid a heavy police presence, the marchers erected barricades of burning tires, and at least two buildings near the departmental police headquarters caught fire.

There were also clashes near the presidential palace, but no immediate reports of injuries.

“We demand that all those squandering (public) funds be tried and punished, their assets seized and turned over to the state for serious development projects, and that the president resign and turn himself in,” said Velina Charlier, a protest leader.

The judges of the High Court of Auditors said in a voluminous report last week that Moise was at the centre of an “embezzlement scheme” that had siphoned off Venezuelan aid money intended for road repairs.

Venezuela’s Petrocaribe aid programme has been plagued by allegations of corruption since its establishment in 2008. 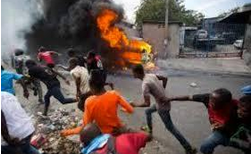 The judges’ report laid out a litany of examples of corruption and mismanagement.

The magistrates discovered, for example, that in 2014 Haitian authorities signed contracts with two different companies – Agritrans and Betexs – for the same road-repair project. The two turned out to have the same tax registration number and the same personnel.

Moise, before he came to power in 2017, headed Agritrans, which received more than 33 million gourdes ($700,000 at the time) to do the road work, though the company in principle did nothing but grow bananas.

The Petrocaribe scandal gave rise to parliamentary inquiries in 2016 and 2017, and public protests goaded the High Court of Auditors to examine how the $1.6 billion in Venezuelan funds were spent by succeeding Haitian administrations.

At least seven Haitians died during violent protests in February that led to the fall of the government. But no new cabinet has been appointed, no budget has been approved, and there is no certainty when legislative elections will be held.

This comes amid a continuing economic crisis, with an inflation rate above 17 percent, the country’s currency devalued, and many Haitians lacking basic necessities. 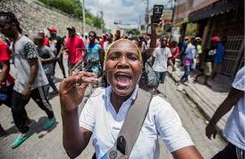 QUOTE: The judges of the High Court of Auditors said in a voluminous report last week that Moise was at the centre of an “embezzlement scheme” that had siphoned off Venezuelan aid money intended for road repairs.UNQUOTE

President Moise does not stand at the center of the issue. PETROCARIBE was finished before he became president.

QUOTE:The judges of the High Court of Auditors said in a voluminous report last week that Moise was at the centre of an “embezzlement scheme” that had siphoned off Venezuelan aid money intended for road repairs.:UNQUOTE

This claim was false and the Court admitted this, with an apology, the day following release of the document. Of course, the damage had been done, and outlets like AP, AFP, Al Jazeera and all the rest of the media, continue to report the lies as fact. 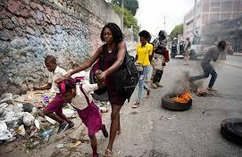 There was a lot of corruption, under PETROCARIBE, much of which was not  mentioned in the court’s report, such as the $198,000,000 taken by President Preval and the near $200,000,000 siphoned off by Senators and Deputies.

Before becoming President,  Jovenel had a contract for a few million to build a road and he completed the project – under budget and for less than previous road-builders charged Haiti.  His road cost 25% less and was of higher quality.

The Sunday demonstration was sponsored by a few key businessmen, who invested millions in a well-coordinate plan to put HUNDREDS OF THOUSANDS on the streets – NATIONWIDE!  It was supposed to be “peaceful” but plans were in place – from day one – to insert agitators into the MOB with the goal of generating horrific violence.

Much would be destroyed.

Jovenel would be forced to step down with the threat of a week-long period of ongoing violence.

The people voted against this project by simply ignoring it. Many took the money and stayed at home.

Sunday saw a scattering of people around Port-auPrince, never exceeding a few hundred in one place. The situation was so bad that organizers started to use videos from the terrible violence they created in July, 2018.

Cap Haitien saw people take the cash and do Zip!

Other centers saw no activities, other than a few people waving banners and yelling slogans. Some road blocks by a few people.

The millions spent on the planned even would have been better spent on food for kids, schoolbooks, medicine.

But good deeds were not part of the sponsor’s agenda.

Some buildings were torched – including an occupied hospital in a very poor section. Dozens of vehicles were burned. Many windows were broken.

Time for the people, and the media to recognize the truth and support his efforts to save Haiti and remedy its faults. To date, he has done much for our Nation’s future. 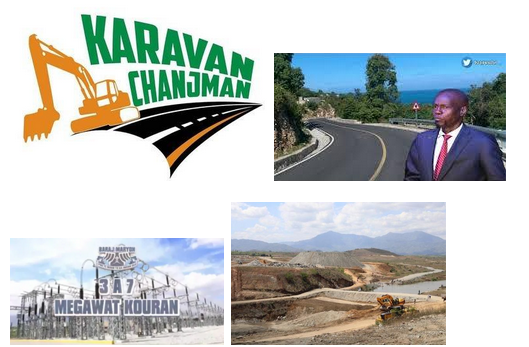 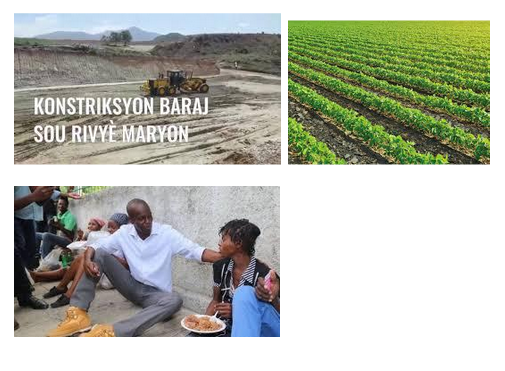