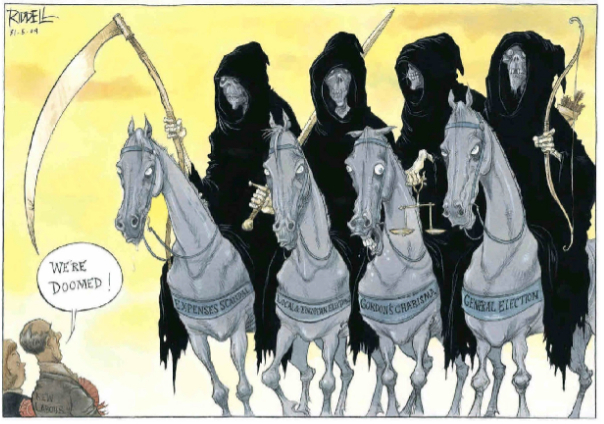 This thing called the “international community” rises to clown-like behavior when Haiti has elections. They always did, and I hope they’ll give it up one day.

After six murders, scores of beatings, and one third of the ballots trashed in the streets, Haiti’s legislative elections August 9 were pronounced “a success” by the UN, Brazil, France, Canada, Spain, the United States, the EU, and the OAS. Read: “Good enough for Haitians.”

CARICOM, which sometimes opines on these things, apparently decided to sit this one out, and much to their credit. The election observers acted heroically and thoroughly, but their bosses ignored the data with their pre-cooked, phony reports.

Behind these shoddy standards is an underlying racism that was once well pointed out by former Assistant Secretary for Latin America (no left winger!), Roger Noriega. Inferior people, inferior elections.

Let’s call them collectively the Internats. They observed and photographed the trashing of the electoral process, but decided Haiti had to move on. This gives every encouragement to those who cheated, murdered, and beat up voters, to do so again and again, since no one in the Internats ever seems to object. Better not to send observers, than to bless criminality and leave the Haitian voters once again bullied not only by ambient thugs within, but indifferent patricians looking in from the outside. 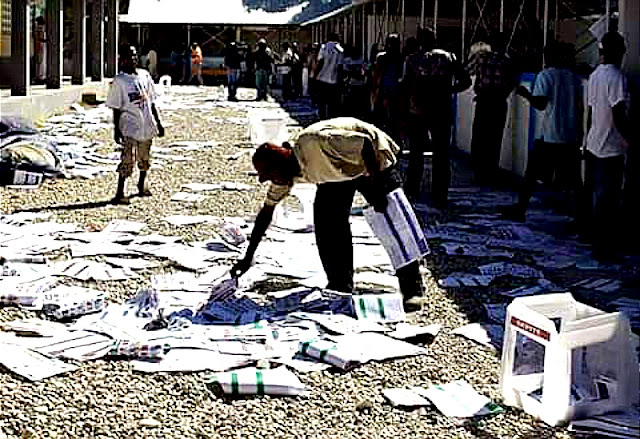 The same happened in the disastrous elections of 2000 (a series of three.) After the first one, Haitian voters saw the jig was up as CBC filmed their votes being tossed into the Caribbean while observers said, in effect, Haitian votes need not be counted. Smiley face back then, and Haitian voters just chose to sit out the following two elections, with a lethal ruling party’s thumb heavily on the scale, and opposition candidates killed and jailed for having the audacity of being candidates. Haitians may be unfortunate, but they are not stupid. 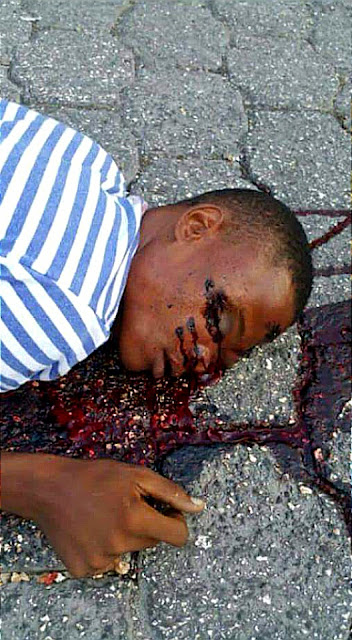 The Internats do not speak for me. If laziness and denial were their motives, it would be understandable. But contempt for voters just doesn’t match the now long-empty words calling for democratization in all countries.

After the nasty elections in Burundi last month, the U.S. Government issued a “strong” statement using the word “warn” with respect to self-appointed autocrat du jour Pierre Nkurunziza. The European Union and the African Union made real statements, saying they would “not recognize” the Burundi elections. Guess which Internat postings got the notice of the media?

One longs for the days of PJ Crowley, when actual statements were beginning to come out of the U.S. Government, to its credit, and when USG statements began to say what they meant and mean what they said. Today’s tea leaf readers, wholly disregarded by world observers but enamored of their own tautologies, evidently mastered self-delusion. By the time their words were disregarded in international media, other issues had become more pressing. It’s called “OBE,” Overtaken by Events.

I am not picking on the U.S. Government here, just pointing out that its statements no longer capture attention as they did, say, in the era of Ralph Bunche. Now we draw on his masterful vocabulary, which used to keep a tenuous peace in the Middle East in the 1950s. But the same words no longer have much effect because we are no longer, well, Ralph Bunche. The credibility behind a government’s words count more than the word selection, and by far. We are deficient in the former, and spinning our wheels with the latter.

Please have a look at the links below accompanying this little cri de coeur, then you tell me: was this an election the Internats should have endorsed? 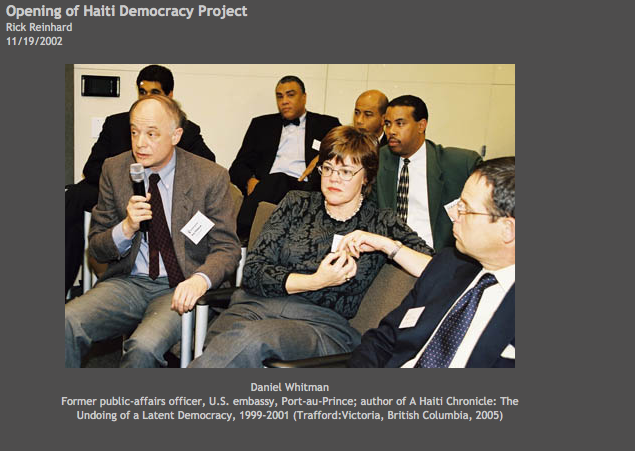 Dan Whitman teaches Foreign Policy at the Washington Semester Program, American University. As Public Diplomacy officer in USIA and the Department of State for more than 25 years, he drafted and edited speeches for U.S. ambassadors in Denmark, Spain, South Africa, Cameroon, Haiti, and Guinea-Conakry. A senior Foreign Service Officer, he retired in 2009 from the Bureau of African Affairs, U.S. Department of State.
LINKS:

About the book  A HAITI CHRONICLE by DAN WHITMAN

Counselor for Public Affairs at the U.S. Embassy in Port-au-Prince in 1999–2001, Daniel Whitman believed that the three elections of 2000 could advance Haiti’s democracy and its development from the bottom rung as poorest nation in the Western Hemisphere. He was wrong; they did not. Local supremacists killed, torched and rushed to fraud while foreigners forgave and even blessed the electoral debacles without posing the resistance even of meaningful public comment.

However, seeds also germinated to make Haiti one day fit for its inventive, humor-loving and too-often betrayed people. The effort was kept alive largely by Haiti’s gritty journalists, going into hiding when necessary for their survival, but newly organized in October of 1999 into a tenacious and daring national federation. The nationwide Haitian Press Federation advanced against all odds, and held eight regional meetings which changed political discourse forever in Haiti. 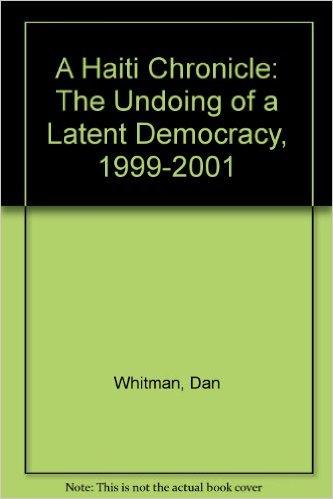 1 thought on “THERE THEY GO AGAIN”