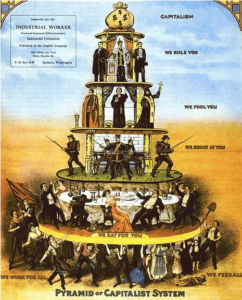 On February 9, Max Silverman wrote an article that viewed the aid effort in Haiti through the prism of Naomi Klein’s “shock doctrine” theory. The shock doctrine posits a theory of “disaster capitalism,” where practitioners take advantage of emergency or upheaval to force free market reforms onto a rebuilding country. While I know Max meant well in writing this piece, I disagree with many of his comments about Haiti.

Max refers to former President Jean-Bertrand Aristide as a “repeatedly elected populist leader.” This is an exaggeration. Aristide refused to step down after the Haitian Parliament passed a non-confidence motion in 1991, leading to a military coup. When Aristide ran for a second term in 2000, the opposition protested after the Provisional Election Commission (CEP) declared Aristide victorious. The CEP – which Aristide controlled – declared victory for Aristide before the votes were even counted, and ignored constitutional stipulations for runoffs in senatorial elections.

So I find it inappropriate to suggest that Aristide was some sort of “populist” hero, or that the U.N. stabilization mission in Haiti can be characterized as a case of white people thinking that they know what’s best for poor black people. It’s those sorts of baseless accusations that perpetuate racial conflict.

It’s not corporations that have left the Haitian economy in shambles. Neither is it globalization, sweatshops, or anything else remotely neo-liberal. The problem is socialism. Socialism creates dependency on foreign loans and is anti-populist because it denies people their right to choice and personal ownership. Socialism is the enemy of development.

According to the 2010 Index of Economic Freedom, Haiti is 141st on a list of the most economically free countries on Earth. While tariffs are average, Haiti suffers from crippling non-tariff barriers, import quotas, and customs corruption. A terrible export market worsens this: Haiti comes in 165th for the value of its exports, according to the CIA. Inflation is high, and the government distorts domestic prices. There is little freedom to invest in Haiti, especially for foreigners. The wealth of the world is waiting at Haiti’s doorstep, but the government won’t let it come in.

A suffocating regulatory environment means that it takes, on average, 195 days to legally open a business in Haiti. The world average is 35 days. Meanwhile, more than 80 per cent of Haitians live below the poverty line – many employed illegally in black market sales.

Property rights barely exist, according to the standards of the Index of Economic Freedom. All natural resources are considered property of the state (the state that, of course, doesn’t have the proper infrastructure to use them). Property can barely be considered tenable when a civil registry does not exist, and the informal system that has developed often has two individuals claiming the same piece of land, with whoever can bribe the judge coming out on top.

The call for economic reform and international aid is not driven by the “white man’s burden.” Latinos, Asians, Africans, and other ethnicities from around the world have reached out to this impoverished nation. And while capitalist reform is necessary to ensure democracy in Haiti, much more has to be done. The stabilization effort must invest in state infrastructure to create the bureaucracy necessary for capitalism to thrive. This includes a strong judiciary, and independent agencies to act as oversight for a government with a history of corruption. The Haitians also need help from the private sector. Corporations have poured millions of dollars into reconstruction efforts. Beer companies are shutting down their assembly lines to bottle water instead. World Trade Center St. Louis organized thousands of units of “Medika Mamba” – a food endorsed by the WHO as excellent for specifically dealing with malnourishment – to be shipped to Haiti. Several companies have matched their employee donations dollar for dollar.

Max has good intentions in trying to protect the Haitian people, but protectionism and foreign aid has been tried for more than 50 years and it has summarily failed. All it has done is fund corrupt Haitian governments who shackled their nation in poverty while hiding behind the rhetoric of social justice and populism. It’s about time Haiti was given the chance to stand on its own two feet. Let’s give Haiti a dose of the free market.