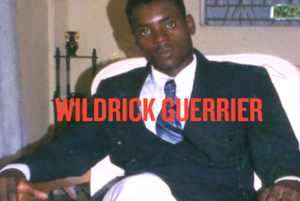 Mark Goldberg-UN Dispatch: CBS has pulled an ad about the dangers of deporting Haitians off of its jumbotron in Times Square. The video is a PSA from the Center for Constitutional Rights which warns that Haitians who are being deported are at risk of contracting Cholera–one deportee even died in custody shortly after returning to Haiti. The New York Daily News has the scoop.

One of the problems is that upon arrival in Haiti, deportees from the United States are sent to prison. Haitian prisons are deadly, overcrowded and dangerous–even more so since the Cholera epidemic hit Haiti. From the ACLU:

First-person interviews with 11 of those deported in January revealed that upon arrival “17 deportees were forced into a small cell, approximately 3 feet by 15 feet. The floors were covered with dirt, feces, vomit, and trash, and the walls were blood-stained. The cell was infested with mosquitoes. Because the toilet did not flush, the detainees had to discard their excrement in trash bags, which littered the floors of the cell and the bathroom.”[9] Wildrick Guerrier, the fiancé of a U.S. lawful permanent resident, was one of several men who soon was “sick, suffering from vomiting and uncontrollable diarrhea. Mr. Guerrier became seriously ill, exhibiting severe cholera-like symptoms. Though cell mates repeatedly requested medical aid for him, jail guards ignored their pleas” and he died within days.[10] These horrific conditions are consistent with the IACHR’s statement in its ruling that “detention centers in Haiti are overcrowded, and the lack of drinking water and adequate sanitation or toilets could facilitate the transmission of cholera, tuberculosis, and other diseases.”[11]

I think we are missing the point here….or points, since there are at least two.

First of all, this jerk managed to violate the law in such a way that he was deported.

Don’t break the law and you will not be deported.

Having said that, I think the American system is unjust in the way people are tossed out for minor infractions, however, guys who have peddled cocaine, robbed people, beaten people up….deserve what happens.

The second, and most important points….Why don’t these do-gooders focus upon the prison conditions in Haiti??

Bad, is bad – for everyone.

Here’s the ad that was apparently too hot for Times Square.