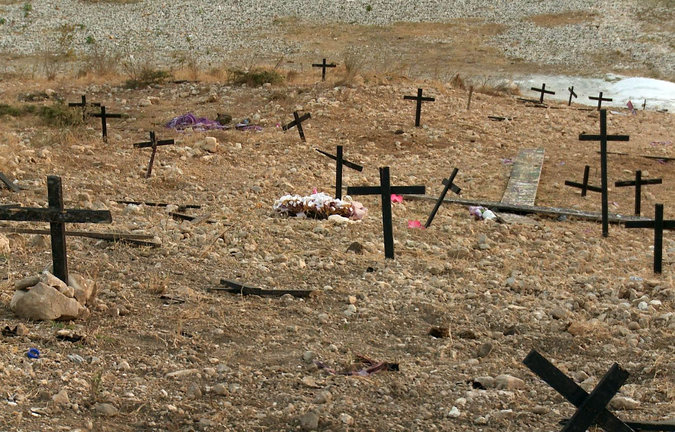 Good intentions and billions of promised dollars only go so far. That, certainly, is one of the sobering truths in “Fatal Assistance,” a potent, persuasive and quietly furious documentary that examines how international aid agencies failed Haiti after the catastrophic 2010 earthquake. That disaster, which was followed by other calamities, including a cholera outbreak, left an estimated quarter-million people dead and more than a million temporarily or permanently homeless. People and organizations across the world pledged help, and money started to flood in along with journalists, religious workers, relief groups, Bill Clinton and Sean Penn.

That, at any rate, might have been what it seemed like if you followed the news, and why it might also have been a surprise that progress seemed so slow in coming to Haiti as one earthquake anniversary followed the next. Four years after the disaster, newspapers continue to run editorials about a crisis that seems without end; in December the United Nations released a humanitarian action plan filled with charts, statistics and promises. The plan opens with a blunt question — “Why continue supporting Haiti?” — the answer to which feels self-evident. That same page of the plan includes some graphics ornamented with text that is both diagnostic (poverty, political instability, drought, landslides, malnutrition, vulnerability) and motivational (save lives and livelihoods, increase resilience).

In “Fatal Assistance,” the Haitian-born director Raoul Peck suggests with exacting detail and geopolitical sweep why such action plans may not be enough. Mr. Peck, whose fiction and nonfiction titles include “The Man by the Shore” and “Lumumba: Death of a Prophet,” made “Fatal Assistance” over a two-year period after the earthquake. In an interview (available at Indiewire), he has explained that he didn’t plan to make a movie on this subject, but was led to do so out of frustration. He shot 400 hours of material that he has seamlessly winnowed down to a fast-moving 100 minutes that draw on talking-head interviews, people-on-the-street visuals, excellent (and excellently deployed) graphics and some archival material, including terrifying images of the earthquake while it happened.

Mr. Peck doesn’t appear in the documentary, but his point of view frames every image and is particularly evident in his insistence on foregrounding Haitian voices: It’s not for nothing that the first sights and sounds in “Fatal Assistance” are street scenes and a man describing the morning of the earthquake and its gruesome aftermath. (Mr. Clinton and Mr. Penn pop up every so often, but, pointedly, are not interviewed.) Mr. Peck’s voice also emerges in personal reminiscences from him and a female friend, passages from which are read aloud, adding notes of sorrow and anger, poetry and politics. Eventually, through these passages and the interviews — including one with Jean-Max Bellerive, who resigned as prime minister in 2011 — Mr. Peck’s focus tightens on the aid agencies.

Much has been written on the relief efforts and failures in Haiti since the earthquake, so it’s a testament to Mr. Peck that he condenses a messy, complex story into a clear, graspable one. Even before the earthquake, Haiti had earned the dubious reputation as a Republic of NGO’s (for nongovernmental organizations) because of the sheer number of such groups — estimates range as high as 10,000 — working there. The need for aid after the quake seemed obvious given the devastation, yet as Mr. Peck starkly illustrates, the gulf between what was needed and what was initially provided was at times vast. That was the case with debris disposal: The capital of Port-au-Prince, he shows, had about 25 times the amount of debris that was at the World Trade Center after 9/11.

And yet sufficient money for disposal never arrives. The problem, as a Clinton staffer wryly explains, is that debris removal just isn’t “sexy enough” for some donors. The people who bankroll aid organizations want to build schools, for example, and a brochure with photos of smiling schoolchildren surely looks more appealing than trucks filled with broken concrete. Yet you can’t build a school on a mound of rubble, which could be the subtitle of this movie. And so it goes, as one enraging, heartbreaking example follows the next The solution is at once complex and yet so simple it seems impossible that it needs to be stated: As one after another Haitian explains, the people themselves need to be involved in steering the destiny of their own nation.

The anthropologist Gina Athena Ulysse has argued that Haiti needs new narratives. In an essay she wrote after the earthquake, she traced Haiti’s “image problem,” as she puts it, to its revolution that saw the end of colonial rule, writing that “black freedom, and the stereotypes of savagery that go with it, to this day remain central to how we talk about Haiti, represent Haiti, understand and explicate Haiti and Haitians.” The bigger question, she continues, involves the role that these negative ideas play, including in policy papers. “For indeed,” Ms. Ulysse writes, “there are certain narratives that allow us to remain impervious to each other by the way they reinforce the mechanics of Othering.” In “Fatal Assistance,” Mr. Peck powerfully asserts Haiti’s right to create its own story.

Opens on Friday in Manhattan.