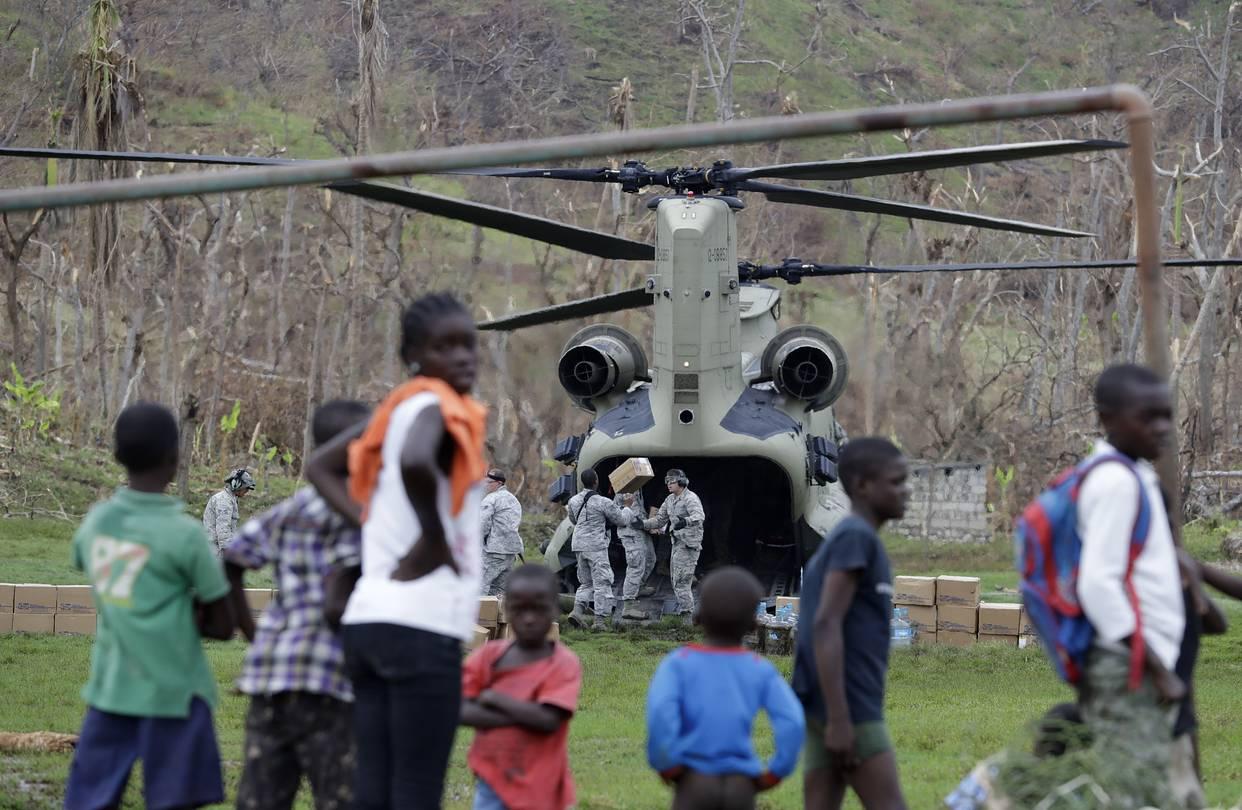 Tragedy has hit Haiti—again. Local officials put the death toll from Hurricane Matthew above 1,000, and a cholera epidemic is likely to drive that number higher. At the center of the devastation, in the rural western part of the country, homes have been shredded by fierce winds and crops have been wiped out. Residents, who are among the poorest people in the poorest country in the Western Hemisphere, have lost the little they had.

It’s an all-too-familiar scene. So too are the plane- and shiploads of humanitarian aid now arriving in the country. The desperate plight of so many helpless souls—whose only mistake was being born in Haiti—has spurred a new surge of charitable giving. It is sorely needed.

Yet this is also an opportune time for introspection on the part of the aid community.

If people are living in tin-roof shacks when a hurricane hits, ruin is predictable. But why are so many Haitians still living in such dire poverty in the 21st century?

Paradoxically, the answer may be tied to the way in which humanitarian aid, necessary and welcome in an emergency, easily morphs into permanent charity, which undermines local markets and spawns dependency.

That’s the lesson in the 2015 documentary “Poverty, Inc.” produced by the Grand Rapids, Michigan-based Acton Institute. As the title suggests, administering to the poor is now a big business that works to sustain itself. Less obvious are the destructive unintended consequences of its intervention. The 91-minute film should be required viewing for every church’s social-justice committee in the U.S.

“Poverty Inc.,” which won the prestigious Templeton Freedom Award last year, criticizes aid brigades but not for bad motives. The trouble is their assumption, too often, that poverty is caused by a lack of money or resources. This produces the wrong solution, one that prescribes getting as much free stuff to the target economy as possible.

Developing-world poverty is partly a problem of market access, as Herman Chinery-Hesse, a Ghanaian software entrepreneur, explains in the film. “The people here are not stupid,” he says. “They’re just disconnected from global trade.” On top of that they also suffer from the curse of charity.

Haitians joke that they live in the land of 10,000 nongovernmental organizations (NGOs.) The country has also been the recipient of billions of dollars in foreign-government bilateral and multilateral aid over the last quarter century. This enormous giving has created harmful distortions in the local economy because when what would otherwise be traded or produced by Haitians is given away, it drives entrepreneurs out of business.

Haiti was a charity case long before the 2010 earthquake, but it wasn’t always so tragically helpless. The country was once self-sufficient in rice thanks to the work of rural peasants. That changed, according to the testimony of one development expert in the film, in the early 1980s. That’s when Haiti opened its rice market and the U.S. began dumping subsidized grain in the country with the goal of ending hunger—and helping Arkansas rice growers with U.S. taxpayer money. Most Haitian farmers could not compete with Uncle Sam’s generosity, and they lost their customers.

While it is true that a nation is made richer if a neighbor gives it free food, the Haitian economy was too rigid for farmers to adapt. The glut of local rice was not easily exported because Haitian farmers weren’t efficient enough to overcome their competitive disadvantages caused by tariffs and subsidized markets abroad. They also had to confront government corruption and red tape, especially at ports in their own country. More U.S. rice donations after Bill Clinton restored Jean Bertrand Aristide to power in 1994 and after the 2010 earthquake compounded the problem.

Donations of bottled water, clothing, shoes and even solar panels destroy local businesses in the same way. Just ask Jean-Ronel Noel, who co-founded the solar-panel company Enersa in his garage in the mid-2000s and expanded it to more than 60 employees. He is proud of his workforce, which, he explains in “Poverty Inc.,” comes mainly from Port-au-Prince’s notorious slums. One employee speaks of the sense of belonging that the work has given him.

The company was doing a robust business until the 2010 earthquake. “After the earthquake we were competing mostly against NGOs . . . coming with their solar panels . . . and giving them away for free. So what about local businessmen?” As Alex Georges, Mr. Noel’s partner puts it, “The demand stopped because it’s hard to compete with free.”

Mr. Noel zeroes in on another related problem: “Those NGOs are changing the mentality of the people. Now you have a generation with a dependency mentality.”

When the cleanup from Matthew finishes, aid groups should start packing their bags. The best way of showing we care is to provide emergency relief and then leave Haiti to Haitians.