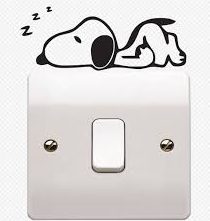 The first phase of the program of regularization of foreigners in irregular migratory situation on the Chilean territory, started on July 23, 2018 entered since May 2019, in its second and last phase, aiming to incite all the foreigners who are not yet in order, to finalize their file to regularize their situation before July 22, 2019 to avoid deportation, which concerns nearly 16,000 compatriots, according to Alvaro Bellolio the Foreign Minister, a compatriot who has been waiting for months for the required documents from Haiti, in particular a certificate of good life and morals.

Concerned about the fate of Haitians registered on the Chilean government’s registry and whose files are incomplete, and all Haitians who are not enrolled in this program, the Support Group for Returnees and Refugees (GARR) met with the Ambassador. from Chile accredited to Haiti, Patricio Utreras, to know what will happen to many compatriots in Chile who have not managed to regularize their records passed July 22, 2019.

“We are in the final phase of regularization. The most important thing is to make an appointment online https://reservahora.extranjeria.gob.cl/ingreso. As soon as the appointment is made, the migrant will be waiting, which means he is in the process of finishing the process. However, after 22 July 2019, if the migrant is in administrative irregularity, measures will be applied according to the particularity of each case,” confirms the Chilean ambassador

With regard to the massive deportation of Haitian nationals, the Mexican Ambassador stated diplomatically that this did not seem to be envisaged by the Chilean Government and that deportation would only apply in the case of extreme measures. According to the Embassy of Chile, more than 200,000 Haitians are currently living in Chile. Many have entered the country with a tourist visa for a maximum of 90 days and are therefore in an irregular situation.

However, the Ambassador in Haiti, ignores the statement of the migration authorities of Chile who announced that they will resort to measures of forced eviction from the Chilean territory of all persons who will not be in good standing after July 22 2019. A statement confirmed by Rodrigo Ubilla, the Minister of the Interior, who has stated that he will strictly apply the deportation measure to all migrants in an irregular migratory situation on Chilean soil.