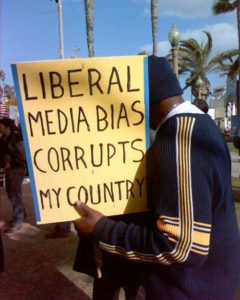 The tent cities, dusty floors and barbed wire are fading memories, as are the names and faces of the thousands of Haitians who crowded the U.S. Guantánamo Naval Base in Cuba after their boats were intercepted at sea 10 years ago.

Still, for South Florida Haitians, 1994 remains a watershed year. It was the year the U.S. invaded Haiti and restored democratically elected President Jean-Bertrand Aristide to office, the year when the unequal treatment of Haitian émigrés vis-a-vis their Cuban counterparts seemed most stark.

And, many observers say, it was the year when Haitian Americans really became part of the U.S. political system, first by mobilizing to help the migrants, then by working to improve their own conditions in South Florida.

”After 1994, Haitians saw themselves as Haitian Americans and became U.S. citizens and started participating in this community to use their influence to better their position,” said Roman Catholic Auxiliary Bishop Thomas Wenski, now coadjutor bishop of the Diocese of Orlando and long one of the most influential champions of the rights of Haitians.

But Haitians caught at sea are still repatriated. And after several years of paroling Haitians into the community if they made it to the United States and could prove to asylum officers that they had a credible fear of persecution, the federal government has returned to an older policy of detaining them indefinitely.

The 1994 migrant crisis was the second in two years involving Haitians, so immigrant advocates refer to it as ”Guantánamo Two.” The Clinton administration reopened the detention camp at Guantánamo in June, 1994, in response to a record exodus from the island.

At the episode’s peak, Guantánamo held as many as 21,638 Haitians and 32,362 Cubans. The Cubans, who began arriving two months after the Haitians, were eventually allowed into the United States by the Clinton administration after pressure from the U.S. Cuban-American community. Most of the Haitians were repatriated.

The focal point of controversy in 1994: 213 unaccompanied Haitian children who languished in detention for months before many were eventually sent back to Haiti. In contrast, President Clinton allowed 3,000 unaccompanied Cuban rafter children to enter the United States on humanitarian grounds within two months of their arrival at Guantánamo. The Haitian children’s plight gained the attention of immigration activists, Hollywood actors, the Congressional Black Caucus and Haitian Americans.

“These kids were homeless, living on the streets of Haiti. They had fled after their family members had been killed because they had fought for Aristide and believed in democracy, and believed in the first free election.”

The stories of children like Ronald Aristide, the 12-year-old Bahamian-born son of a Haitian mother who was sent to Haiti after four months at Guantánamo, again highlighted what advocates called the United States’ discriminatory immigration policy.

”I think that persons who in all likelihood hadn’t cared much about Haitians being unwelcomed in the United States were pretty appalled,” Little said. “I think it galvanized the Haitian community in a much broader sense.”

The period marked a coming of age for South Florida’s Haitian community, economically struggling and fractious, which until then had been consumed with the politics of Haiti and not the plight of its illegal migrants.

”Haitian immigrants have had a tough time themselves dealing with refugee issues,” said Jocelyn McCalla, executive director of the New York-based National Coalition for Haitian Rights, who was involved in the fight. “No one wants to be seen as somebody who came in on a boat. They don’t want to be known as boat people.”

But many changed their attitudes in 1994.

”The detention of the children in Guantánamo generated a lot of emotions, a lot of frustration and brought out a lot of determination among a people who had taken a break after the fall of Duvalier,” said Marleine Bastien, a Haitian-American activist who at the time brought together Haitian and non-Haitian organizations under the umbrella of the Justice Coalition for Haitian Children in Guantánamo. “It reenergized them to get back into the struggle.”

So in unprecedented fashion, Haitians volunteered to become translators while others demanded a chance to visit the base. Others like Phillip Brutus, now a state representative, joined forces with groups like the NAACP and staged a hunger strike to bring attention to the “warehousing of children.”

The event also marked the emergence of a new leadership. Among the new leaders: Little, a non-Haitian former attorney with the Haitian Refugee Center, and Bastien, who began her activism as a 22-year-old paralegal and interpreter for the refugee center.

In September 1994, Clinton, pressured by the Congressional Black Caucus and others, and concerned about the exodus, agreed to restore Aristide to the Haitian presidency by sending in U.S. troops.

”When Aristide was restored in Haiti, there was a sea change in Haiti,” said Wenski, then a priest at Notre Dame d’Haiti Catholic Church who helped found Catholic Charities Legal Services that year. “Haitians who would not admit to their relatives that they were U.S. citizens began to do so, and others became U.S. citizens.”

They would use this new-found power to lobby for change on the home front, getting the U.S. Congress to pass the Haitian Refugee Immigration Fairness Act to legalize the status of thousands of undocumented Haitians who had fled before 1996. Brutus, who in 2000 became the first Haitian American elected to the Florida Legislature, remembers the shift in attitude.

”We went from being refugees — whether we came here by plane or by boat — then we became immigrants, then we got the right to work and then U.S. [citizenship],” Brutus said. But a decade later, Haitians are still fighting the same battle with the same dynamics, just with different faces, local advocates say. And many of those who are eligible for permanent residence are caught in a yearslong backlog of cases.

Steve Forrester, a former attorney with the Haitian Refugee Center, sums up 1994 this way: “a watershed year of unfulfilled promise, unfinished business and a need to secure the dreams that were represented by the progress that was made that year.”

COMMENT: HAITIAN-TRUTH.ORG
People like Charles and McCalla are the base of Haiti’s problem as they keep referring to Aristide as some sort of Saint, instead of the murdering thief he really was. He paid people to get on the boats in a cynical effort to force an invasion of his homeland. One month saw his pay 16,000 to get on rickety boats… most less than 20 feet in length  … to float out to the blockade fleet.
Once Clinton decided to invade, the next month’s total of Boat people was 344.
There must be a message here but Charles and McCalla don’t see this.
Unfortunately, there has always been a bias against the Haitians, when it comes to reaching America, like the Cubans.  Cubans have vocal representation while the Haitians fail to group together.  Of course, the fact Haitians are Black may have some weight in the case.
Until the media deals with Haiti honestly, there is no hope.

To date, we have seen no improvement.