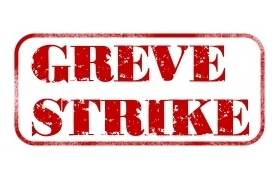 Renan Hédouville, the Protector of the Citizen, charged to ensuring the promotion and protection of the human rights of all social categories, is very concerned about the announcement of a strike order and political demonstrations, which coincides with the start of the secondary school leaving examinations (regular baccalaureate, baccalaureate for those that failed and new secondary) which begin July 8 for 142,900 candidates.

Hédouville recalls that families, even the less well off, devote a large part of their income to the education of their children. Preventing these children from completing their school year, “[…] is not only a violation of their rights guaranteed by the Haitian Constitution and many international instruments, including the Convention on the Rights of the Child ratified by Haiti in 1994, but also a blow for the parents who made enormous sacrifices in a socio-economic context, it could not be more difficult.”

As a result, given the importance of these exams for the future of our young people, Renan Hédouville appeals to the protagonists of all political tendencies to cancel this watchwords and to allow the students to finish their year in calm their academic year 2018-2019.

In addition, he urges the authorities concerned to take all administrative and security measures to ensure that State examinations can be conducted in good conditions, in the interest of children, parents and society in general.