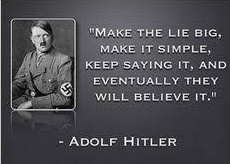 October 17, Haitians took to the streets in Port-au-Prince, the nation’s capital, protesting the alleged misuse of PetroCaribe funds. According to sources, the funds were a part of a Venezuelan-sponsored oil assistance program.
According to The Haitian Times, government officials squandered $3.8 billion of the fuel funds under the administration of former President Michel Martelly in 2005.
The present administration, under President Jovenal Moise, recently announced a fuel price increase: gasoline up 38 percent, diesel fuel up 47 percent and kerosene up 51 percent.
“It was 1 million people taking to the streets [in Port-au-Prince alone],” said Ezili Danto, CEO of the Connecticut-based Haitian Lawyers Leadership Network during a telephone interview with the AmNews. “Some say 10 other cities registered protests against corruption, colonial leadership and the abuse of public money, a stop to apartheid and the social and economic exclusion of the majority, for the right to jobs, infrastructure, health care, education, security and a difference for the children.” 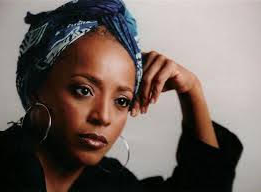 This is a very old photo of the lady. In reality she hasn’t aged well and needs to make-up for October 31
Danto added that the Western media only reported burning of tires and rocks thrown at police officers, and police fired live ammunition at unarmed protesters, but did not report that Oct. 17 was the new beginning for the movement to “free Haiti.”
“The magnitude of what happened Oct. 17 was unprecedented in Haitian history,” Danto said. Ironically, Oct. 17 marks the 212th anniversary of the assassination of Haiti’s liberator and founding father, Janjak (Jean Jacques) Desalin.
Some observers say “Where is the PetroCaribe money?” is a rallying cry.
“Oct 17, 2018, is a renewal of common objectives where Haitians across the economic strata have come together—the rich, middle class and the poor,” stated Franz Jerome of the Citizens Committee for the Protection of Haiti during a telephone interview with the AmNews.
“The people are now seeing that the so-called international community has a vested interest in keeping the poor people at bay from realizing the looting of their resources—uranium, oil reserves, gold, diamonds,” Jerome said.
“At least seven Haitians died Oct 17, 2018,” Danto argues. “They did not die in vain. They want the Western-imposed government out of Haiti, their resources to be used for local Haiti development.”
Observers say that the police who shot the unarmed protestors were trained by the United Nations. The Haitian National Police were created in 1995 for public security under civilian control as mandated by the Haitian Constitution. There are currently 8,500 officers, according to the United Nations Stabilization Mission in Haiti.
“Obviously we believe that police everywhere need to respect peoples’ right to protest, including in Haiti,” Farhan Haqq, deputy representative for the U.N. secretary-general, told the AmNews.

“It was 1 million people taking to the streets [in Port-au-Prince alone],” said Ezili Danto,

This lady deserves the Pinocchio Award for 2018 with her 1,000,000 marchers in Port-au-Prince. There might have been 1,000, perhaps 2,000 in different marches, as videotaped by CNN, ABC, NBC, TNH etc. Youri Latortue held an anti-government march in Gonaives and drew about 50 people, plus 25 PNH escorts. A parallel Gonaives anti-Youri Latortue march drew about 3,000 without any PNH protectors.

The fuel price increase was handled badly, by Prime Minister Lafontant, without consultation with President Moise. But when world fuel prices go up, so must the prices in Haiti. Another concept would see the additional fuel csts spread over a bunch of items, but the price increase still remains to be paid.

Or does the lady, who prefers residence in the NE States, to Haiti, suggest her American host shell out with the cash?

The actual figure is $1,800,000,000 and most of this has been accounted for as project funding is investigated.

Ezili Danto, an unapologetic supporter of the Lavalas/Aristide/Preval team overlooks the Preval theft of $198,000,000,000 from PetroCaribe.

Martelly and Lamothe have accounted for their expenditures, while the Lavalas/Aristide/Preval team has lost its tongue. 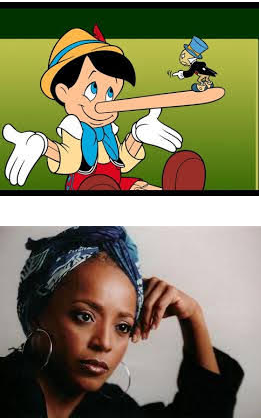