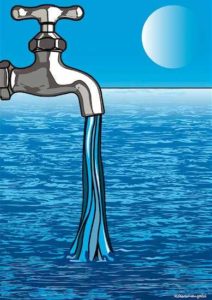 French waste and water utility Suez Environnement SA (SEV.FR) said Wednesday it will rehabilitate the water and sewage system in Haiti’s capital Port-au-Prince, which was devastated by an earthquake in 2010.

– The rehabilitation mission launched by the Haitian authorities will rely on the experts and complementary know-how of Suez Environnement’s leading French, Spanish and US subsidiaries: Lyonnaise des Eaux, Agbar and United Water.

– The investments needed for the project will be financed by the Inter-American Development Bank and the Spanish Agency for International Development Cooperation (AECID).

– Given the context, Suez Environnement will be forfeiting any profits and paying any bonuses allocated as a result of meeting the performance levels and objectives set by the local authorities to the Suez Environnement Initiatives endowment fund.