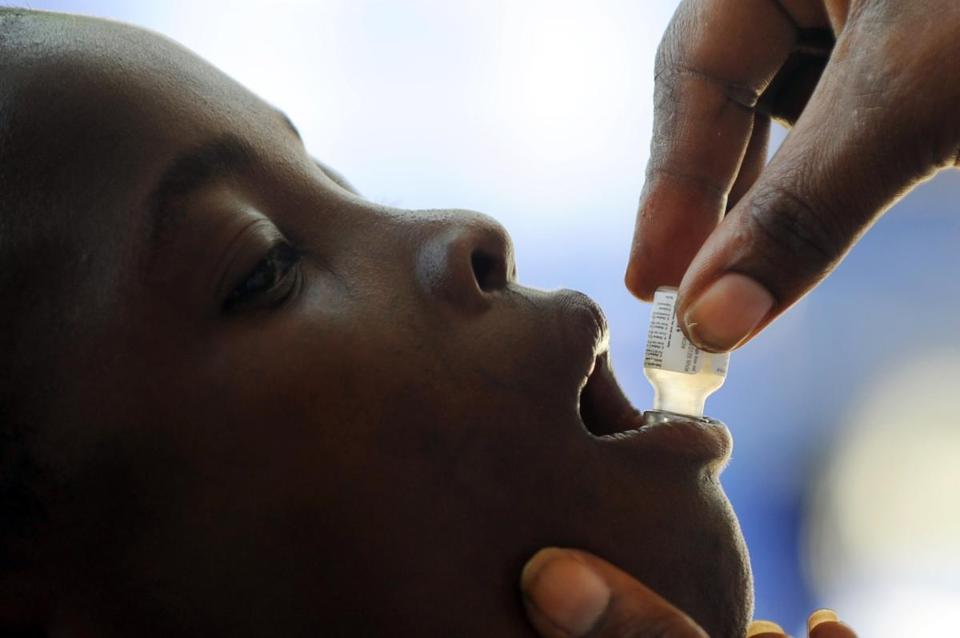 A boy received the second dose of the vaccine against cholera in Saut d’Eau, in the Central Plateau of Haiti, in 2014.

When a bipartisan group in Congress can agree on something, it’s worth noting. Especially when these lawmakers are pushing for action to save innocent lives and help the victims of a raging public health disaster.

The disaster, in this case, is the unchecked cholera epidemic in Haiti — which took hold after an earthquake in 2010. Despite overwhelming medical evidence that the disease was brought to the island nation by United Nations peacekeepers from Nepal, the UN has largely hidden behind the principle of diplomatic immunity, conveyed by charter in order to protect the body from lawsuits by individual nations. Reaction from the US State Department has also been subdued. But diplomatic niceties are no substitute for moral imperative.

Last month, 158 members of the US House of Representatives sent a letter to Secretary of State John F. Kerry urging the State Department to “exercise its leadership to ensure that the United Nations . . . take concrete steps to eliminate the cholera epidemic introduced to Haiti in 2010 by waste from a UN peacekeeper camp, and to comply with its legal and moral obligations to provide cholera victims with access to an effective remedy.”

So far, the State Department has made no official response to the June 29 letter, written by Representatives John Conyers Jr., a Michigan Democrat, and Mia Love, a Utah Republican. It was signed by the entire Massachusetts congressional delegation. US response to the epidemic has included $95 million in aid, focusing on cholera-specific treatment and prevention, and on helping to address localized outbreaks of the disease .

But more is needed. Kerry should call the UN to account, and the State Department should intervene. By now, conservative estimates have shown as many as 10,000 deaths from the disease, from a total of almost 800,000 infected.

The letter is the just latest volley after years of frustration. The UN’s own specially appointed committee, after finding that efforts to eliminate the disease had failed, urged the body as a whole, in October 2015, to create a transparent process to review claims for cholera victims. And this past March, the United States Court of Appeals for the Second District, in New York, held a hearing on a lawsuit, seeking recompense from the UN, brought by the Boston-based Institute for Justice and Democracy in Haiti. The court’s decision on the appeal is pending.

Nothing less than a comprehensive overhaul of Haiti’s water and sanitation systems can bring the epidemic to an end. Some have estimated the cost of such a project at as much as $2.2 billion. But the UN’s efforts have been minimal. At the very least, the UN should take its own advisory committee’s advice and find a way to compensate victims. And, as the UN’s host nation and biggest financial contributor, the United States, in the voice of Secretary Kerry’s State Department, should demand immediate action.

This file has been updated to reflect the fact that the US Court of Appeals decision is pending.