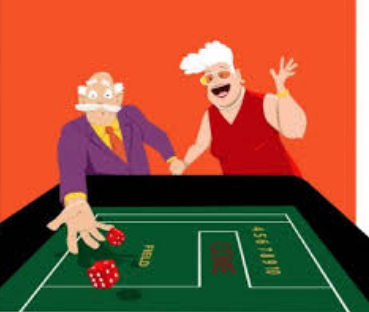 A computer model using cellphone data to map the places people frequent every day in large cities may indicate that most COVID-19 infections occur at “superspreader” sites such as full-service restaurants, gyms and cafes.

The report, published Tuesday in the journal Nature, examined the data of 98 million Americans collected at 10 large U.S. cities, including San Francisco, for two months beginning in March. The data was then fed into an epidemiological model developed by a Stanford University-led team.

Jure Leskovec, the Stanford computer scientist who led the study, told Stanford News that the model analyzed how people of different demographic backgrounds and neighborhoods visited establishments that are more or less crowded.

“Based on all of this, we could predict the likelihood of new infections occurring at any given place or time,” he said.

Those predictions would later prove accurate based on the number of infections officially recorded by the cities.

The scientists used data provided by SafeGraph, a Denver-based company that aggregates anonymized location information from cellphone apps to track which public venues people visited every day and how long they stayed there. The square footage of each establishment was recorded in order to determine hourly occupancy density.

Various scenarios simulated by the model, including reopening some businesses but not others, showed that opening restaurants at full capacity resulted in the largest increase in infections. Gyms were second, followed by cafes and hotels/motels. According to one scenario, if capacity was limited to 20% at all venues, new infections would be reduced by more than 80%.

When combined with demographic information from the census, the data also suggested why people from poor neighborhoods are more likely to contract COVID-19:

—They are less able to work from home.
—The stores they shop at for essential supplies tend to be more crowded than in more affluent areas.
—They stay inside those stores longer (about 17% longer on average) than those in higher-income areas.

The findings could help cities develop strategies for containing the spread of COVID-19 while limiting the damage to their economies.

However, two University of Oxford scientists said more research is needed to test whether the model correctly identified the actual location of infections.

Christopher Dye, an epidemiologist at the university, told Nature that the research, while promising, is “an epidemiological hypothesis” that needs to be validated with real-world data. Moritz Kraemer, who models infectious diseases at Oxford, said more detailed contract tracing is required.

The study builds on previous efforts using computer models to predict how the virus is spread in closed spaces. For example, University of Colorado, Boulder, atmospheric chemist José Luis Jiménez developed a tool called the COVID Airborne Transmission Estimator, which analyzes the chance of indoor transmission of the virus via aerosols under various conditions at home, at businesses like bars and restaurants, and in school classrooms.