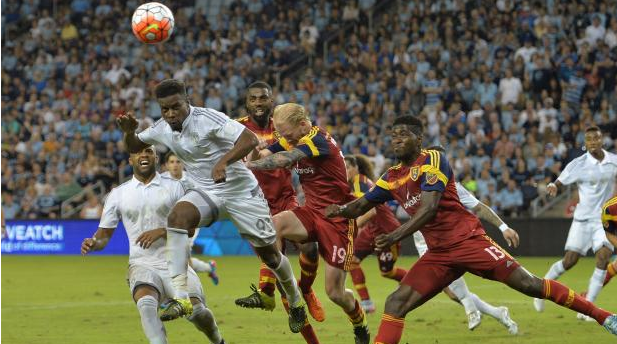 Mustivar excelled for Sporting KC this past season in his first year in Major League Soccer. The 25-year-old midfielder made 31 appearances in all competitions and finished the year with one goal and two assists. Mustivar finished the season with 123 interceptions – second most among all midfielders – and set an MLS record in the Opta era (2011-present) with 20 interceptions in a 1-0 win at Vancouver. Along with team captain Matt Besler, Mustivar was voted Sporting KC’s co-Defensive Player of the Year, presented by Ivy Funds.

“I’m excited to join Haiti for these upcoming qualifiers,” Mustivar said. “We know we have a difficult path ahead to qualify for the World Cup, but we are confident in the talent of the team and look forward to next week’s matches.”

Mustivar joined Sporting KC prior to the 2015 season after a seven-year career in France and Romania. The French-born midfielder has six caps for Haiti and last played for the national team at the 2014 CFU Caribbean Cup.

Haiti advanced to the fourth round of CONCACAF’s World Cup qualifying after defeating Grenada 6-1 on aggregate in the previous round. They are matched with Costa Rica, Panama and Jamaica in Group B with the top two teams advancing to the fifth round.

Haiti opens the fourth round of qualifying on Nov. 13 against Costa Rica at Estadio Nacional de Costa Rica in San Juan. They will then head to Haiti for a home match against Jamaica at Stade Sylvio Cator in Port-au-Prince on Nov. 17. Haiti is looking to qualify for its first FIFA World Cup since 1974