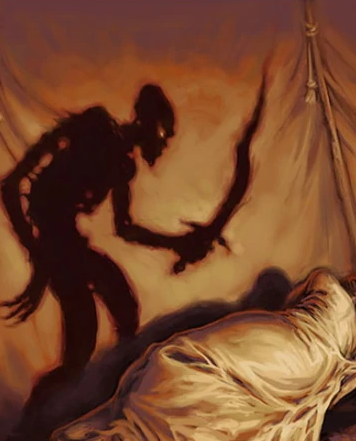 With Trump repeatedly suggesting restrictions might ease in a matter of days or weeks, the prospect of silent spreaders wreaking epidemiological havoc looms large.

A burst of fresh data on the prevalence of “silent,” or asymptomatic, carriers of the 2019 novel coronavirus points to the looming danger of ending America’s national shutdown early.

Classified Chinese government data suggest “silent carriers” could make up at least one-third of the country’s positive cases of the 2019 novel coronavirus, Hong Kong’s South China Morning Post recently reported. Approximately 43,000 people in China who had tested positive for COVID-19 last month had no immediate symptoms. And those cases were not included in the official national tally of confirmed cases, which had hit 80,000 at the end of February, the paper said.

Last week, China reported no new local infections for the first time since the outbreak started in December. And after weeks of lockdown, the city of Wuhan—where the global pandemic originated—said on Tuesday that public transportation was reopening and that residents would be allowed to leave the city itself starting on April 8.

But as extensive testing continues, authorities in Wuhan have found new cases of asymptomatic—or mildly symptomatic—infection, sparking concerns about how many contagious people have been circulating freely. Fresh data released by the Centers for Disease Control and Prevention (CDC) Friday about a nursing home in Washington state only served to compound those fears.

“Almost everybody thinks there’s the potential of a second wave after we relax the restrictions,” said Irwin Redlener, director of the National Center for Disaster Preparedness at Columbia University and an expert on U.S. readiness for pandemics.

“There’s no good timeframe—it’s certainly not by Easter—that we’ll be starting to loosen up,” he continued, referring to President Donald Trump’s suggested finish line. “But once we do, people who did not have coronavirus will be going out to spaces where silent spreaders might be.”

With Americans still getting acclimated to a quasi-national shutdown, and Trump repeatedly suggesting restrictions might ease in a matter of days or weeks, the prospect of silent spreaders wreaking epidemiological havoc looms large.

“The biggest danger here is that this is like a stealth attack in that you have no idea that the person you have come into contact with is contagious,” said Dr. Adrian Hyzler, the chief medical officer for Healix International, which provides medical information to organizations whose clients travel internationally. “It makes it so much more difficult to try to contain the spread of the virus.”

For obvious reasons, silent carriers are not nearly as notorious in the public imagination as “super-spreaders,” or patients who are extra contagious. A possible super-spreader in the United Kingdom may have transmitted the virus to nearly a dozen people before realizing he was sick earlier this year. Meanwhile, the World Health Organization previously claimedthat pre-symptomatic or asymptomatic transmission of the new coronavirus was “relatively rare.”

But newer studies—out of Japan, Italy, South Korea, and now Washington state—have called that assertion into question. And research suggests that silent spreaders can be just as dangerous to a community.

The CDC released a study on Friday of the outbreak’s spread—specifically via asymptomatic or pre-symptomatic patients—in a long-term care facility in King County, Washington. The report found that “approximately half of all residents with positive test results did not have any symptoms at the time of testing, suggesting that transmission from asymptomatic and pre-symptomatic residents—who were not recognized as having [the coronavirus] infection and therefore not isolated—might have contributed to further spread.”

“These findings have important implications for infection control,” according to the CDC, since “current interventions” for preventing the virus’s transmission, in part because of the shortage of tests, primarily rely on the presence of “signs and symptoms to identify and isolate residents or patients who might have COVID-19.” Patients were cohorted, or separated, according to which ones had symptoms. But that method of intervention no longer makes sense if there are asymptomatic—or silent—spreaders within a community, especially one that is at high risk of severe infection.

Researchers previously published a study in the journal Science on March 16, finding that 86 percent of all infections in China before Jan. 23—when the government there instituted severe travel restrictions—were undocumented because they were mildly symptomatic or asymptomatic.

“They may, for the most part, have experienced some symptoms at some point,” Jeffrey Shaman, a professor of environmental health sciences at Columbia University who worked on the study, explained to WBUR radio. “But it didn’t keep them home, didn’t stop them from getting on public transportation, going to work, going to school, getting on airplanes and going on business trips.”

Because those individuals didn’t feel sick—or didn’t know they were sick—and kept traveling through the community, the researchers found that this group of people “contributed to the vast majority of the spread” of the virus, added Shaman, who called the phenomenon “stealth transmission.”

In a letter to the International Journal of Infectious Diseases in February, a group of Japanese experts led by epidemiologist Hiroshi Nishiura at Hokkaido University wrote that the growing data outside of China “indicates that a substantial number of cases are underdiagnosed.” Nishiura’s group estimated—based on the number of asymptomatic Japanese patients who were evacuated from the epicenter of the outbreak in Wuhan, China—that about 30.8 percent of cases were asymptomatic.

Of course, American authorities know even less than their foreign counterparts about how many cases there are, period. The same goes for silent spreaders.

“This is partly because health systems are just overrun with sick people, as well as a scarcity of testing kits,” said Hyzler, adding that a trial in a small Italian town where all 30,000 people were tested revealed that asymptomatic or very mildly symptomatic people represented a whopping 70 percent of all cases, of which an unknown number were able to transmit the virus to others.

Redlener noted that, while much is still unknown, “the vast majority of Americans with the virus will be mildly symptomatic or asymptomatic, and we really have to be careful not to relax our stringent requirements too soon.”

The U.S. health system has generally not tested individuals without symptoms unless they are especially wealthy or well-connected—like NBA players or Sen. Rand Paul—or else health workers with known exposure. And in many places in the U.S., authorities are discouraging testing except in the case of severe symptoms, meaning American officials have limited data on the number of asymptomatic or mildly symptomatic cases, with few exceptions.

Hyzler said there were two key assumptions that likely went into the decision to begin opening up Wuhan again: that there are very few unidentified silent spreaders transmitting the infection throughout the community, and that the incubation period is 14 days.

If authorities are correct on both points, it might well be safe to resume public transportation and to allow travel to and from the city. But if they’re incorrect, Hyzler cautioned: “We will certainly start to see a second wave of cases” emerge in China.

Fortunately for Wuhan and its surrounding province, China’s zealous testing means that authorities would likely detect a new wave “right away” before it spread very far, according to Arnold Monto, a professor of epidemiology and global health at the University of Michigan who has advised both the World Health Organization and the Defense Department on communicable diseases.

But unless the U.S. rapidly expands its testing—and zealously tracks individuals who’ve had contact with confirmed cases—Americans won’t have that same advantage.

Both Hyzler and Monto said they hoped the U.S. government could learn from its weeks of delays, as well as failures abroad. But there’s no guarantee.

Vice President Mike Pence took heat this past week for claiming that federal officials may soon recommend that critical workers—even those who’ve been exposed to the virus—return to work, as long as they wear a mask.

“It’s premature to try to put a time limit on this,” said Monto, who emphasized the importance of continued social distancing throughout the country to control the surge of cases from overwhelming hospitals.

“From an epidemiological standpoint, one lockdown would be better than waves of lockdown,” he said. “With waves, all you’d be doing is letting it up again and then you’re back where you started. I think if we’re still seeing an overwhelming number of cases in hospitals, it’s too early to lift a lockdown.”

Ultimately, Hyzler argued, there are two main ways that authorities can try to ensure that an end to social distancing isn’t premature. One is so-called herd immunity, or, as he put it, “if a good percentage, maybe as many as 70 percent of people… have been infected and therefore, we assume, have an immunity against a re-infection.” The other is what’s called antibody testing, or, as Hyzler explained, “once you can show that someone has had the virus, and they no longer need to self-isolate and can return to work.” (To be clear, the jury’s still out on whether some patients who already had coronavirus can be re-infected.)

But without enough tests, Monto said, “we have no idea at this point” how many people may be mildly symptomatic or asymptomatic. “After the dust settles,” he said, scientists will likely make an effort to collect blood samples, which can detect antibodies for the virus after a person has recovered.

“We’ll know the numbers only after the fact,” he added.

Redlener was more optimistic: “The hope is that we get to a point where mass testing will be possible.”