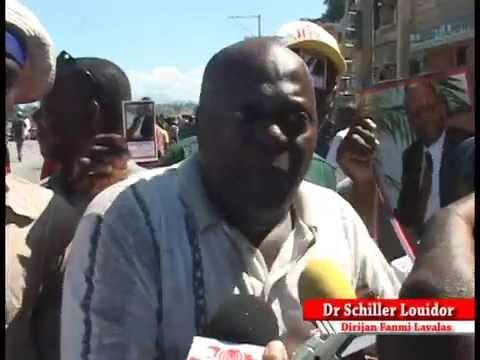 This guy should be arrested for the speech contained in the attached video.

With Director General Gedeon in control you will never see a key Lavalas killer arrested.

There is probably a valid warrant for his arrest involving a large cash theft ($320,000)  from a Madam Sara’s baggage when he was with the airort DCPJ As a result of this, he had to leave the country. She was on a flight to Panama and discovered the theft upon arrival. Expecting to be arrested he fled Haiti in 2002.

This is the type of scum that Lavalas uses to promote their image.

Some $200,000 has now been raised to fund manifestations this weekend, with a lot of shooting. Already there are fights among the participants, over how the cash is to be distributed One of the really vocal combatants in Moise Jean Charles, they guy who will fly absolutely any flag, provided he is paid. 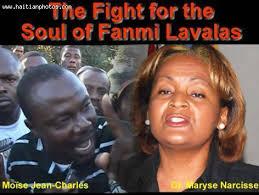 Watch this video, even if you only speak English, and you will an idea of what damage a person like this can do to Free Speech.