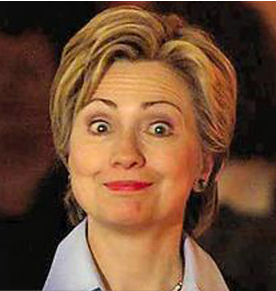 Office of the Spokesman
Washington, DC March 12, 2010
Secretary of State Hillary Rodham Clinton will deliver remarks to Haiti earthquake task force volunteers to express the U.S. Government’s appreciation for their help during the crisis on Monday, March 15 at 10:30 a.m. at the Department of State.
U.S. Ambassador to Haiti Kenneth Merten and the staff of the U.S. Embassy in Port au Prince will participate in the event via digital videoconference.
More than 1,800 Department of State employees from the Foreign Service, Civil Service, and Department Contractor Companies, many of whom will be in attendance in person or via videoconference on Monday, volunteered in the six different State Department Task Forces that were in play during and after this disaster.
The event will be open to the press. BNET will broadcast the event live.  Pre-set time for cameras: 9:30 a.m. from the 23rd Street Entrance. Final access time for journalists and still cameras: 10:00 a.m. at the 23rd Street Entrance.  Media representatives may attend this event upon presentation of one of the following: (1) A U.S. Government-issued identification card (Department of State, White House, Congress, Department of Defense or Foreign Press Center), (2) a media-issued photo identification card, or (3) a letter from their employer on letterhead verifying their employment as a journalist, accompanied by an official photo identification card (driver’s license, passport).
PRESS CONTACTS:   Department of State Office of Press Relations (202) 647-2492

PRN: 2010/293
The Office of Electronic Information, Bureau of Public Affairs, manages this site as a portal for information from the U.S. State Department. External links to other Internet sites should not be construed as an endorsement of the views or privacy policies contained therein.