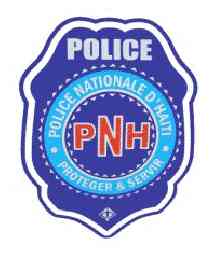 Alex Pierre-Louis was named Commissioner of Pétion ville in
replacing Commissioner Varnel Lacroix, a rabid Preval
supporter, involved in the murder/death of Serge Démosthène,
arrested as suspect in the recent assassination of Guiteau
Toussaint, BNC Director.. Some suggest that Preval ordered the
killing to his Preval’s involvement with the SOCABANK scandal.
The murder was also a vehicle for the arrest of Franck Cine, ex-
owner of SOCABANK,
Me Harrycidas Augustus,
Commissioner of Government, at the heart of the scandal of the
death of the accused, was relieved of his duties, and replaced by
Sonel Jean-François, one of the substitute Commissioners

On June 28, Paul Denis, Minister of Justice and Public Security,
and an influential member of INITE, has resigned for reasons of “personal convenience”,
even as he was about to be interrogated with regard to details involving the murder of Toussaint.
He was suspected – by some – as one involved in the killing.