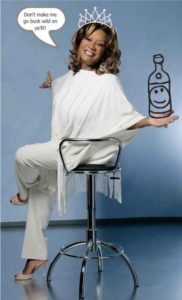 HOUSTON — A West Point cadet from Houston has filed a lawsuit against Patti LaBelle, her bodyguards, and Bush Intercontinental Airport, claiming that he was viciously beaten by the singer’s bodyguards for standing too close to her luggage.

In the lawsuit, filed on Wednesday, Richard King claims he was seriously injured at the hands of LaBelle’s bodyguards after returning to Houston for spring break on March 11, 2011.

“I woke up the next morning with staples in my head and that’s when it really hit me I was just like, ‘Wow, what happened,'” said Richard King in a telephone interview with KHOU 11 News.

The lawsuit says King was waiting for his dad and brother to pick him up in a passenger pickup area when LaBelle, who arrived on a flight around the same time as King and was scheduled to play a concert at the L’Auberge du Lac Casino Resort on March 12, passed by and got into a waiting stretch limo.

LaBelle was followed by two large carts of luggage. According to the lawsuit, King was standing near the luggage, with his back to LaBelle’s limo, talking on the phone, when the singer apparently decided he was too close to the bags, rolled down her window and gave a command to her bodyguards.

The lawsuit said two of the guards immediately “pounced” on King, knocking him back and punching him in the face.

After the initial attack, the lawsuit alleges the two guards came back, accompanied by a third guard, and punched and shoved him until he fell and hit the back of his head on a concrete pillar.

“His blood spattered on the concrete and his clothes, then pooled beneath him as he lay helpless on his back with a severe concussion,” the lawsuit read.

All the while, King alleges that LaBelle “watched the vicious assault with approval” from her limo.

King said he doesn’t remember anything about the incident and didn’t realize what happened until he viewed surveillance video from an airport security camera.

“I was shocked. Those are some pretty big guys and I don’t know why they really felt the need to do all that all the damage they had done. I was shocked and kind of angry at the same time,” said King.

King and his attorney, John W. Raley, characterized LaBelle’s bodyguards as “violent, paid thugs who have no qualms against assaulting innocent people.”

When an ambulance came and took King away, the lawsuit claims the singer didn’t exit her limo. But when police arrived, LaBelle allegedly got out and posed for photographs with the officers.

“That was really a sad scene for me to see a Houston police officer posing for a photograph with Ms. LaBelle literally standing over the blood of cadet King,” said Raley.

When interviewed by HPD, the lawsuit says the bodyguards lied to officers, conveying false statements about King that were relayed by someone at HPD to his superiors at West Point.

“He is suspended from West Point temporarily for a year or a year and half. He will have to serve in active duty as an enlisted man and he may well be deployed to Iraq or Afghanistan. If he makes it through his tour of duty he is going to be permitted to reapply to West Point and hopefully graduate and become an army officer,” said Raley.

The extent of the damage to King’s military career has yet to be determined.

An HPD report on the incident, however, tells a different story.

According to HPD, they went to the scene after reports of an assault.

Officers were told that the limo driver went into Terminal C to pick up some luggage, and when he came out, he noticed a man standing by the limo, apparently harassing the occupants.

The limo driver said the man may have been intoxicated.

“I had some drinks on the plane, but I mean, I wasn’t anywhere near intoxicated or anything along those lines,” King told KHOU 11 News.

At some point, the limo driver told police King swung at him, punching him in the face.

When the limo driver pushed back, he said the man fell and hit his head on the curb.

According to the police report, when officers tried to question King, he said he didn’t know what happened and didn’t remember anything.

King’s lawsuit also includes the airport itself and a taxi dispatcher for allegedly failing to provide a safe, secure environment for patrons.

King is seeking both actual and punitive damages, as well as attorney fees and court costs, but a dollar amount was not specified in the lawsuit.