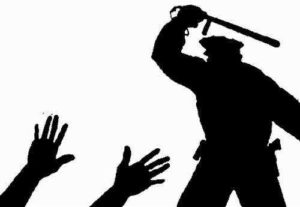 Kigali — A contingent of 120 Police officers, Monday morning, left for a peace keeping mission to Haiti. The officers are joining an advance party of 40 who left last month.

This is the first time Rwanda has sent a Formed Police Unit (FPU) to any peace keeping mission. They will be serving under the mandate of United Nations Stabilization Mission in Haiti (MINUSTAH).

The FPU equipped with light weapons and armored vehicles will be deployed in Jérémie Town, south of Haiti. The contingent is led by Chief Superintendent, Egide Ruzigamanzi.

Emmanuel Gasana, the Inspector General of Police, reminded the contingent that they are the ambassadors and pride of their country.

“You are renowned for your professionalism. I urge you to maintain an exemplary level of discipline and commitment throughout the twelve months of your stay in Haiti,” Gasana told the officers before they departed.

In addition to the FPU, there are 34 Police advisors currently serving in Haiti.

“Rwanda is one of the Police contributing countries selected by United Nations to bring peace to the world. This is due to its professional and disciplined security organs and willingness to contribute to stability,” Gasana said.

The Rwandan National Police is committed to ensuring the safety of its citizens and contribute to peace around the World.

It inspires a feeling of confidence to have members of the Rwandan police in our midst. I hope that they don’t try and cleanse our society of opposition tribal elements.

Their nation’s firm foundation of human rights respect should engender a feeling of confidence as other units bring cholera to our water supply, deal in cocaine, child prostitution and kidnapping.

Very kind of the UN to train the Haitian population in these Democracy Based societal traits.