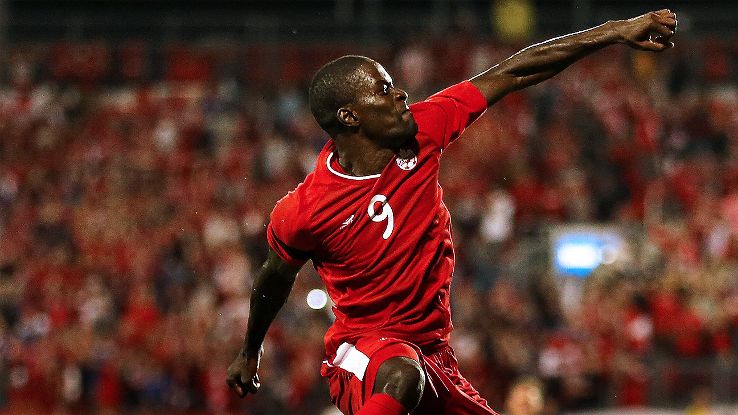 Tosaint Ricketts was the star as Canada cruised past Belize on Friday night.

Ricketts, who also picked up a yellow card on the night, scored in the 25th and 64th minutes.

Atiba Hutchinson then completed the scoring in the 90th to hand Canada a comfortable home win.

A late Jamaica comeback could not overcome a three-goal deficit as Nicaragua, who are in this stage for the first time in their history, secured an improbable 3-2 victory over the Reggae Boyz.

Manuel Rosas and Carlos Chavarria pushed the Central Americans to a 2-0 lead within eight minutes. Luis Manuel Galeano then added a third two minutes after the break.

And while Darren Mattocks and Adrian Mariappa scored a pair of goals 21 and 12 minutes from time, it wouldn’t be enough as the Nicaraguans held on for the win.

Haiti followed up on their promising Gold Cup with a 3-1 win away to Grenada.

But Mechack Jerome had Haiti back in front before half-time and Duckens Nazon made the lead comfortable 10 minutes after the break.

Tevin Slater scored five minutes into the second half to help St. Vincent and the Grenadines defeat Aruba 2-0.

Oalex Anderson added a second goal in stoppage time for the hosts.

El Salvador edged past Curacao 1-0 in a match that featured seven yellow cards.

Alexander Larin settled the score with a left-footed chip over Curacao keeper Eloy Room in the 12th minute.

Antigua and Barbuda used a Myles Weston penalty in the 73rd minute to sneak past Guatemala 1-0.