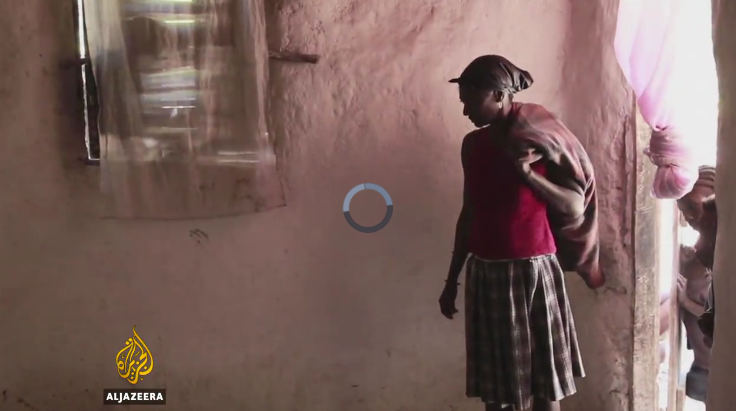 Ten years ago, in November 2006, Al Jazeera English was launched. To mark that anniversary, we’ve created REWIND, which updates some of the channel’s most memorable and award-winning documentaries of the past decade. We find out what happened to some of the characters in those films and ask how the stories have developed in the years since our cameras left.

More than 8,000 people died horrible and painful deaths when a cholera epidemic swept through Haiti after a major earthquake in 2010. More than 600,000 others were infected, dozens continued to die every day, and the illness spread to other countries.

Epidemiologists identified the Haitian strain of the illness as one that originated in Nepal, where a group of UN peacekeepers came from. Despite the mounting evidence of its role in the outbreak, the UN refused to acknowledge full responsibility.

Al Jazeera’s Fault Lines went from Haiti to the UN headquarters in New York City to ask who should be held accountable for the cholera epidemic that reached crisis levels.

In the wake of Hurricane Matthew, which devastated parts of Haiti in October 2016, the daily number of new cholera cases nationwide has doubled, according to the Haitian Ministry of Health.

REWIND spoke to Beatrice Lindstrom, a human rights lawyer at the Institute for Justice and Democracy in Haiti, about Haiti’s cholera victims, the current situation in Haiti, and the UN’s response to the crisis.

REWIND: What is the situation in Haiti right now?

Beatrice Lindstrom: Cholera is still killing at an unacceptable rate in Haiti. Haiti still has the worst cholera epidemic in the world. And this is in a country that did not have a cholera epidemic ever recorded in its history before the United Nations introduced it. Cholera needs to be brought under control immediately.

In 2016, we’ve seen cholera cases at a higher rate than in 2014 and 2015. And that was even before Hurricane Matthew struck. And now in southern Haiti, cholera is an enormous emergency.

What are some of the things the cholera victims are still asking for from the UN?

The communities that we work with ever since the beginning of the cholera epidemic have been asking for the UN to come forward and admit responsibility and issue a public apology that will recognise the tremendous amount of suffering that has been caused in Haiti. But also [an apology] that recognises the ways that the UN should have done much better in the many years in which the UN failed to do so.

So a public apology continues to be incredibly important.

We have clients including Lisette Paul, who is featured in the film Haiti in a Time of Cholera, whose brother and father died. [The family] had to pull their little girl out of school, because they could no longer afford schooling fees after having to take out a loan to pay for the funeral.

So compensation is important to get people back on their feet.

What has the process been like for the victims and their complaints against the UN, and where do their cases stand today?

How good do you think the UN’s response overall has been for the cholera victims you represent?

For the past six years, the UN’s response to its own responsibility for bringing cholera to Haiti has been a complete disgrace.

We are heartened to see that the UN has finally turned around its approach and is now saying that it will come forward and will do the right thing.

So just in the last two months, we’ve seen a tremendous amount of progress in the UN’s approach. This is a really important shift from what for a very long time was a deep disappointment for people who follow Haiti, but also people who are friends of the UN, who believe in the United Nations system, who thought that the UN would be at the forefront of leading a principled response and has really let people down all around the world.

What was your reaction when the UN secretary-general finally acknowledged the UN’s role in August 2016?

How effective has the UN’s response been for eradicating cholera in Haiti?

How do you see things unfolding over the next year? And what do you expect from the UN?

We’re optimistic that the secretary-general recognises that he must do much better and that he has to exercise real leadership on this and come forward and apologise to the Haitian people and to the UN member states for the way that this has been so gravely mishandled.

I think this has been a betrayal of the UN’s promise to the world and the UN’s promise in Haiti. And I am optimistic that the secretary-general recognises that and wants to make it right and that we will see an apology before he leaves office.

We are still waiting for the details to be determined of how exactly the UN is going to make this right and how the UN is going to remedy the families and individuals who have suffered as a result of cholera. But what we know so far is that the UN is mobilising $400m for cholera control and material assistance for victims … We are very hopeful that the plan will put victims at the centre.