French photojournalist Rémi Ochlik, who was killed Wednesday in Homs, Syria, won first place in the General News category for the 2012 World Press Photo competition for his photo story, “Battle for Libya.” Take a look back over his photography from Haiti in the aftermath of the 2010 earthquake there. (All images credit Rémi Ochlik/Imago/Zuma Press unless specified. All images taken in November 2010 unless specified.) 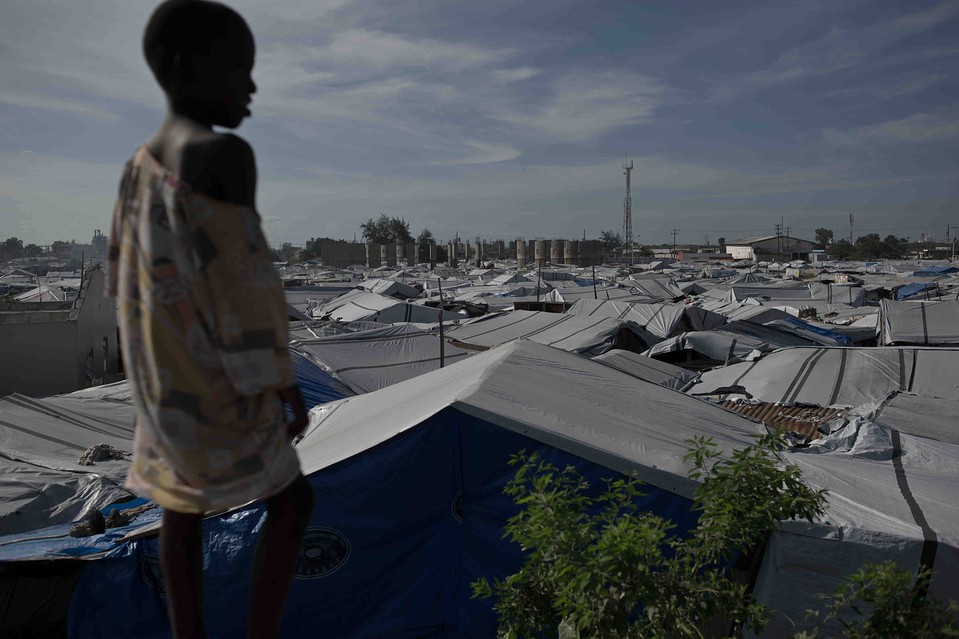 A view of the Aviation refugee camp in Port-au-Prince, Haiti, in November 2010, as cholera raged throughout refugee camps across the country. 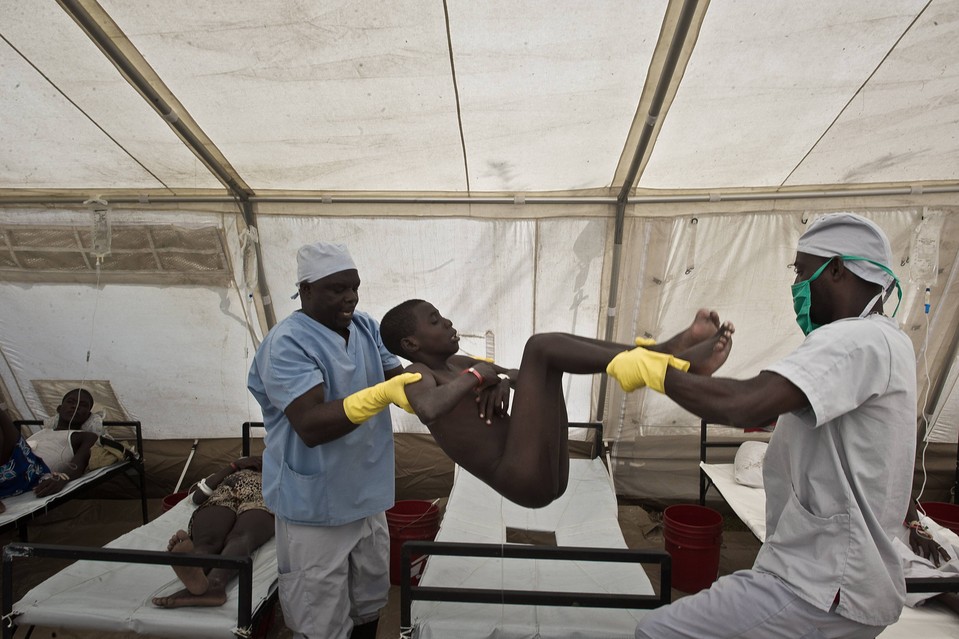 A young person is cared for at a cholera-treatment center in Haiti. 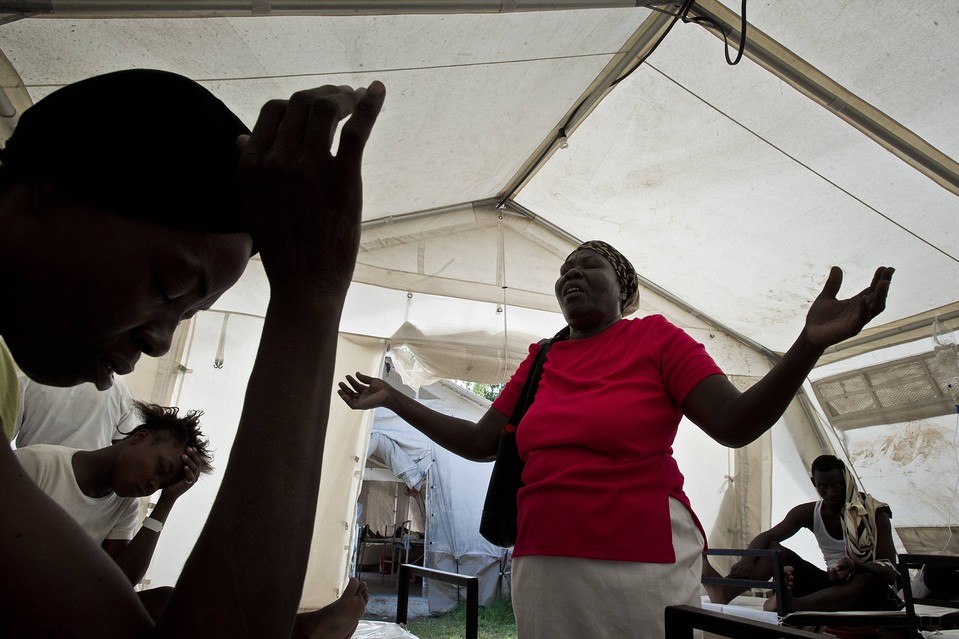 A woman prays in a cholera treatment camp. 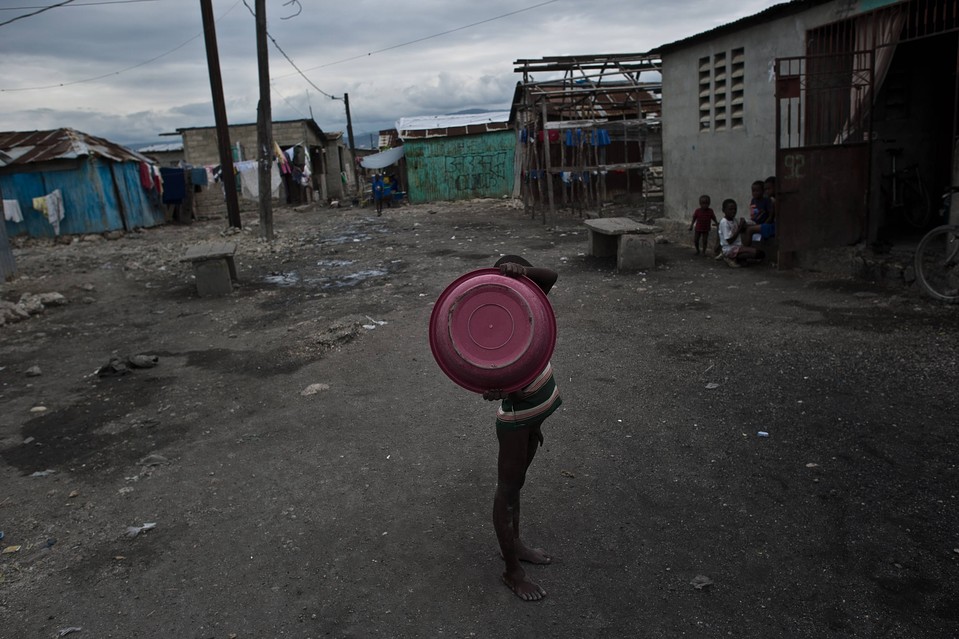 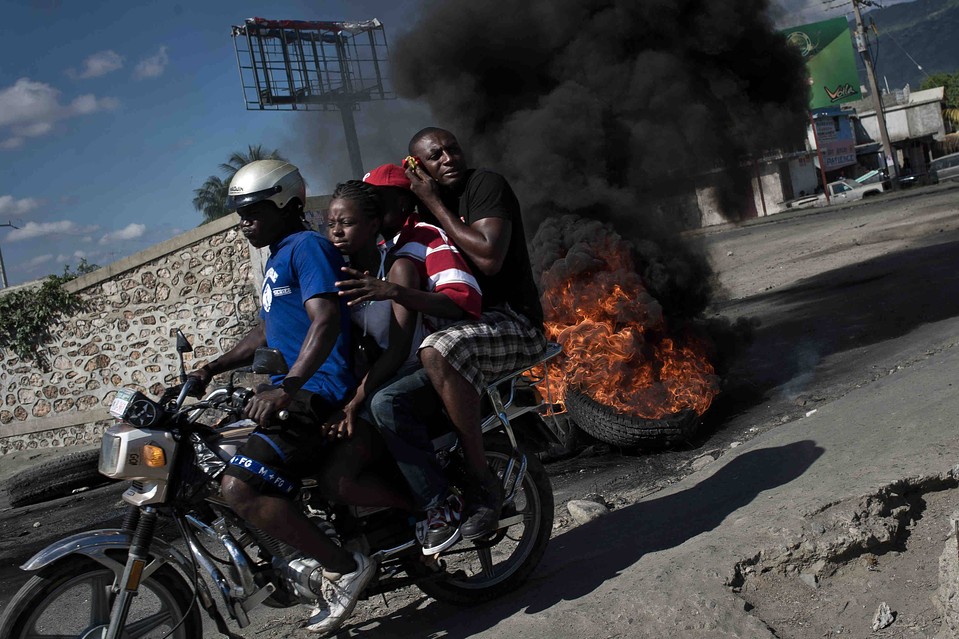 Cyclists in Cap Hatien pass burning tires set ablaze by locals angry at U.N. peacekeepers, whom they blame for the outbreak of cholera. 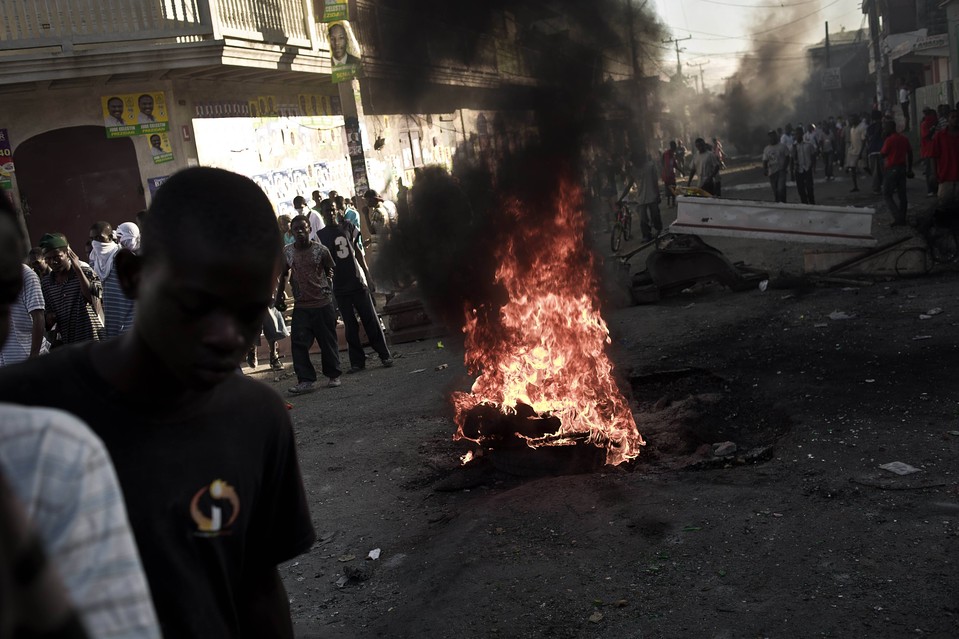 Roadblocks are set up around Cap Hatien by angry protesters. 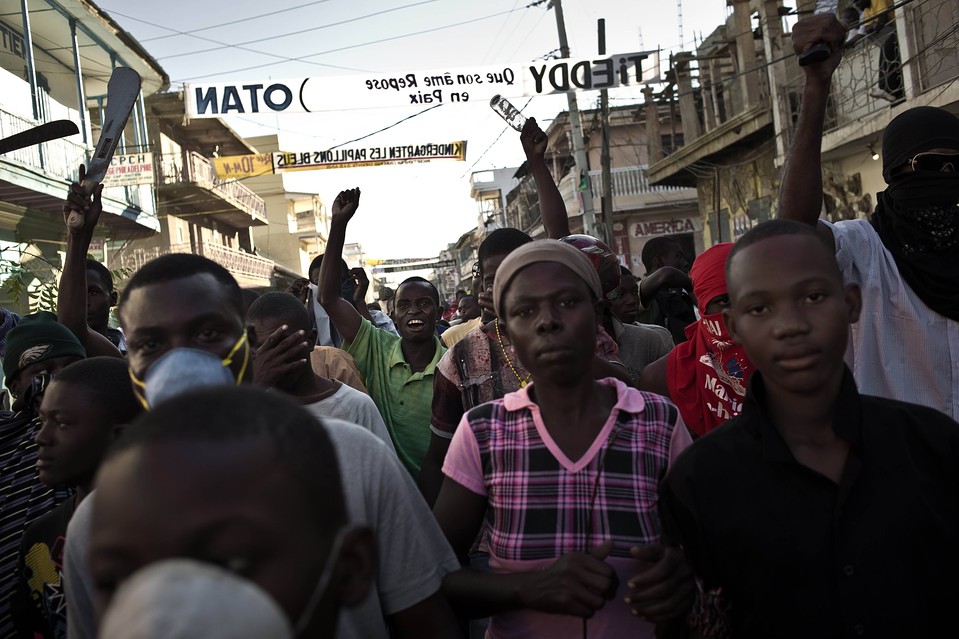 People gather in the street of Cap Hatien to protest the U.N. presence. 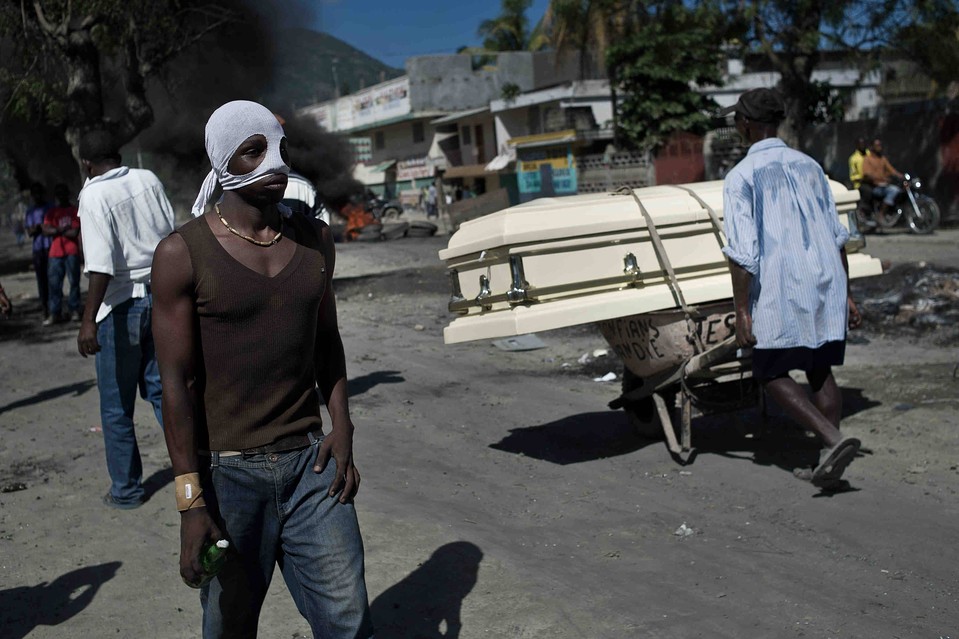 A coffin in the streets of Cap Hatien. 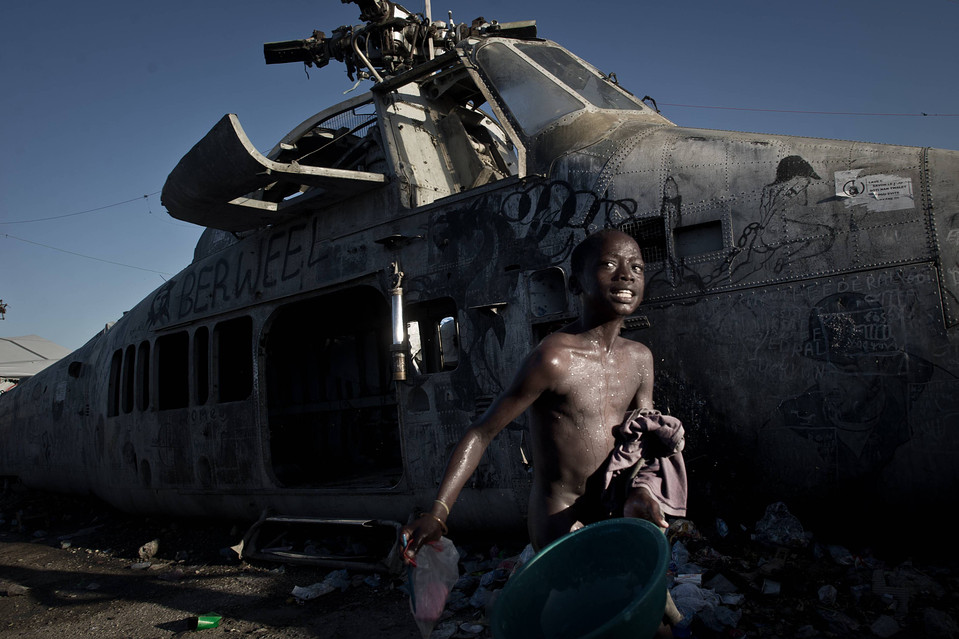 At sunrise in Aviation Refugee Camp, a child emerges from a makeshift shower in an abandoned helicopter. 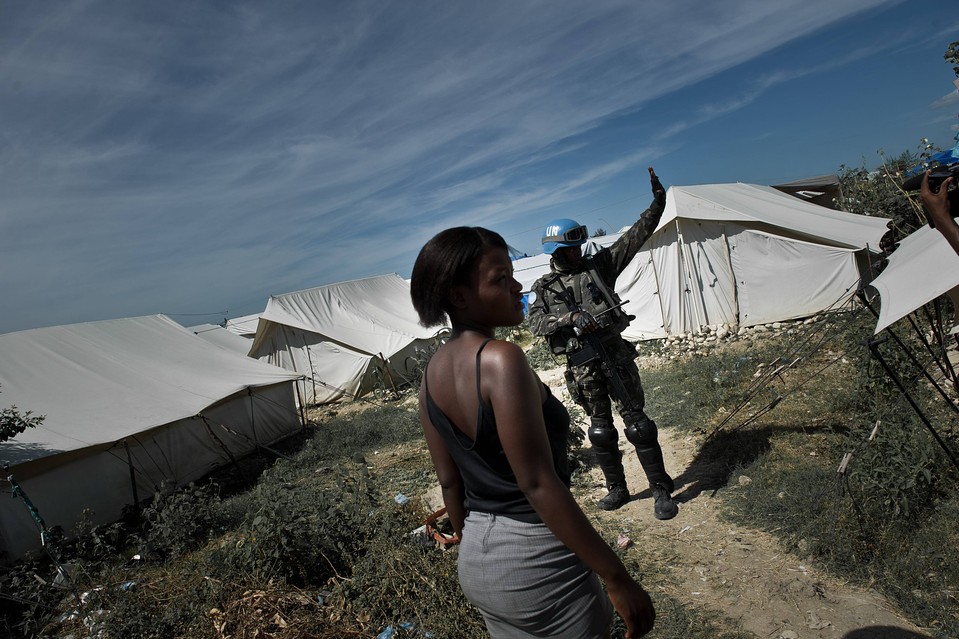 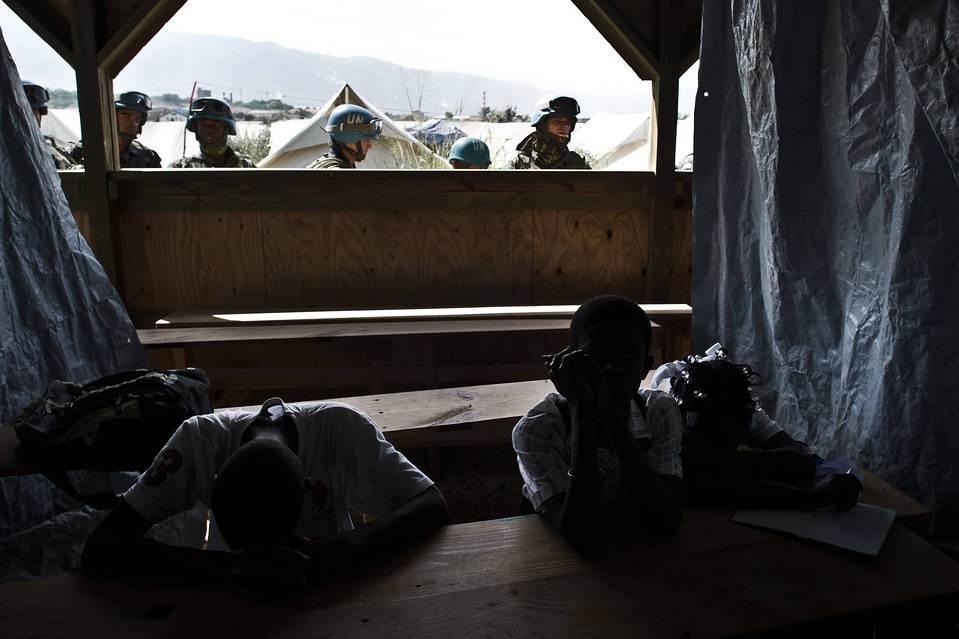 A view of U.N. peacekeepers on patrol in Cite Soleil. 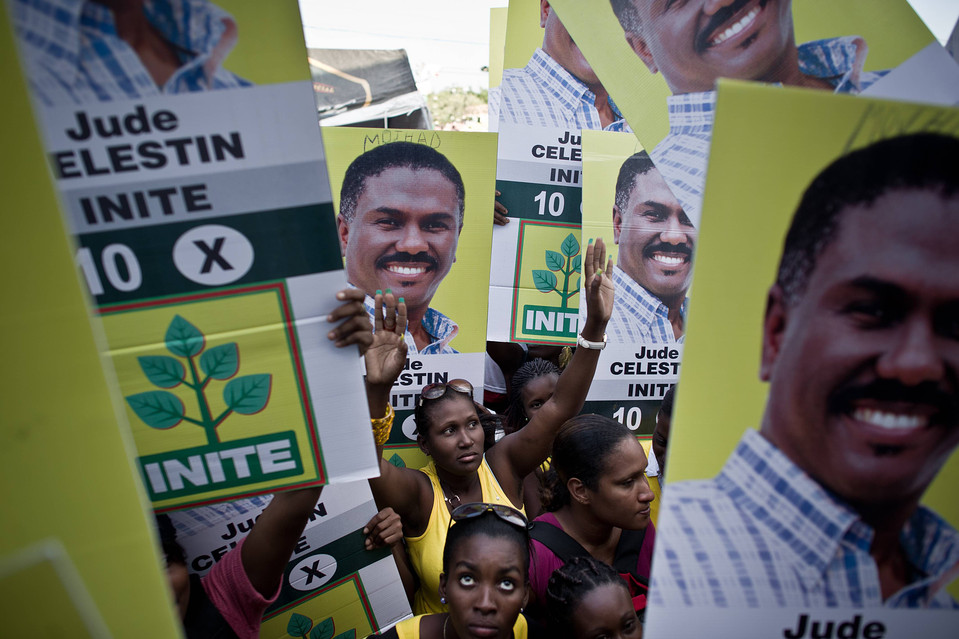 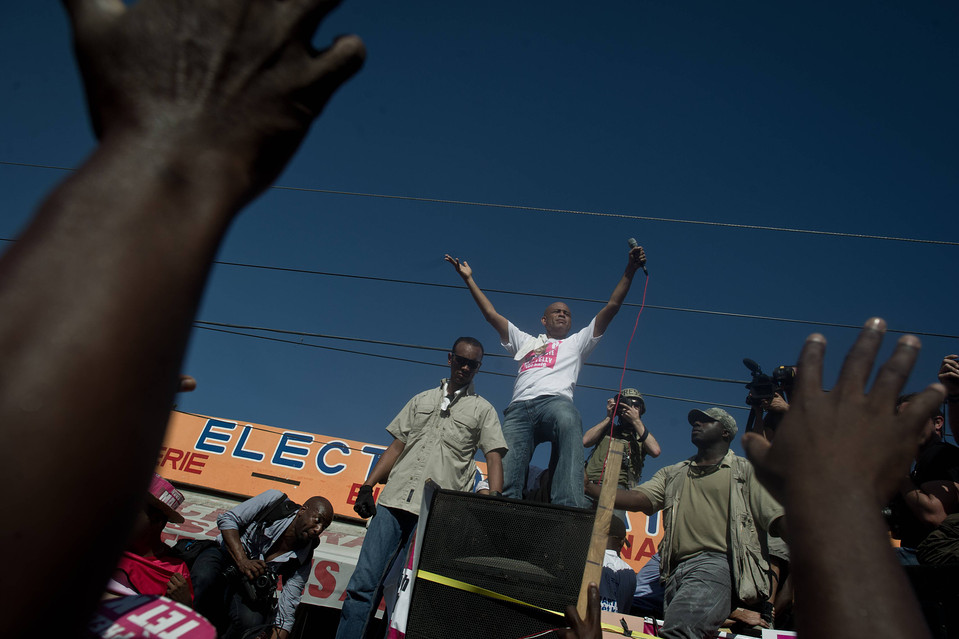 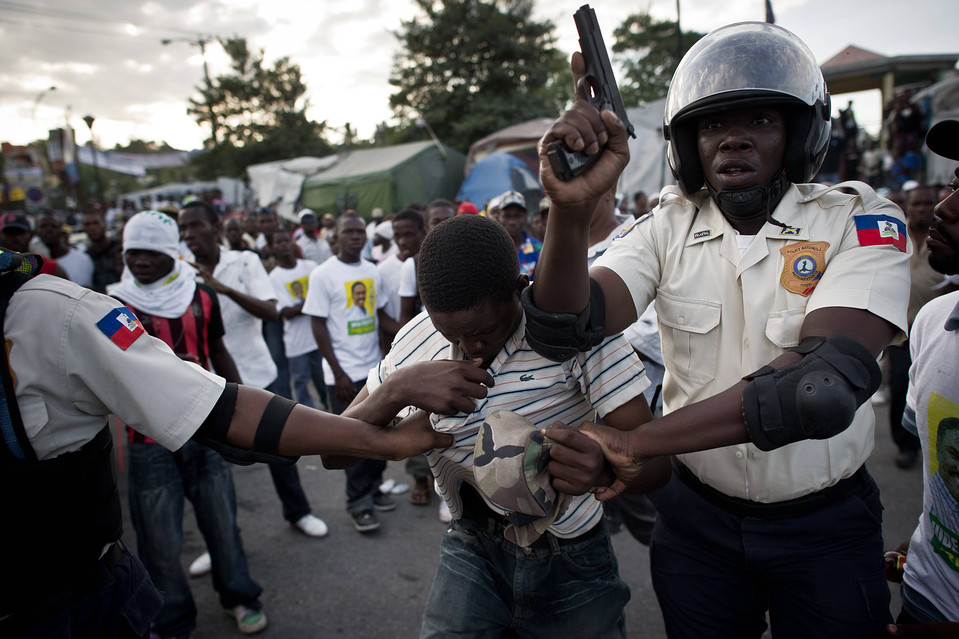 Police arrest two men they say were involved in a knife fight on the sidelines of a political rally. 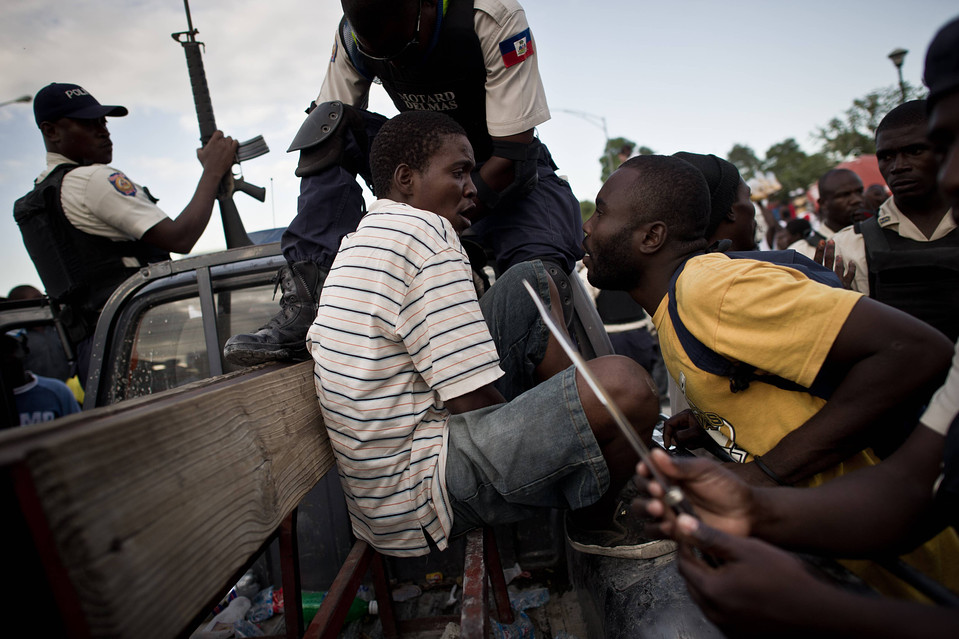 Another view of the arrests at the political rally. 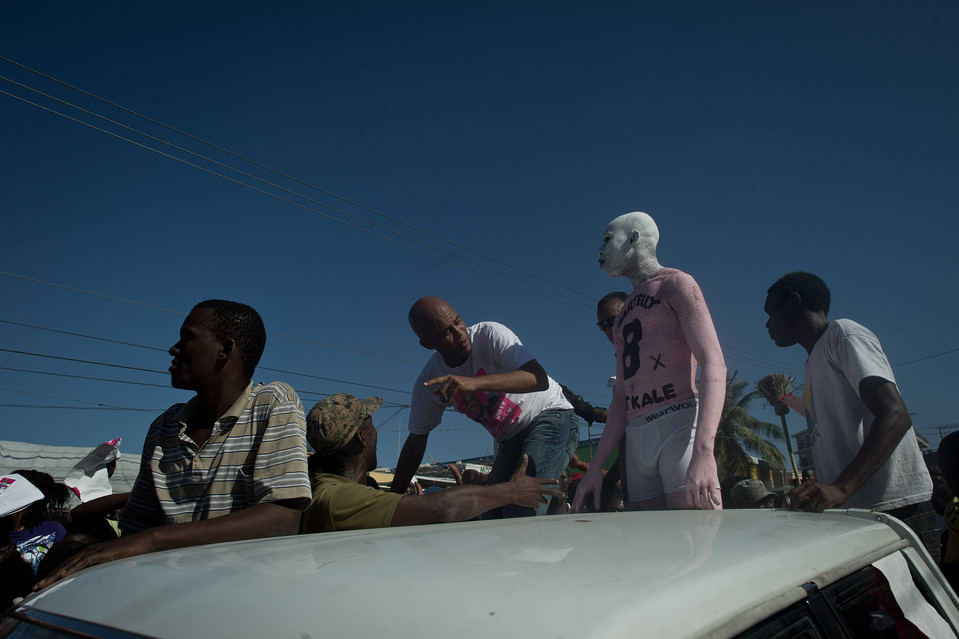 Martelly supporters at a rally in Port-au-Prince. 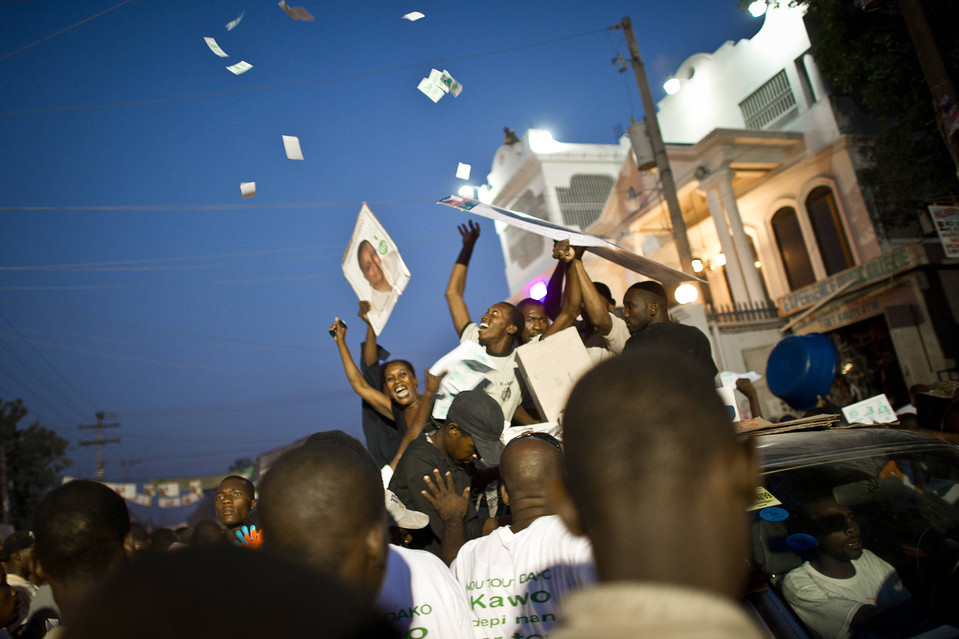 Supporters of Mirlande Manigat, the only female candidate in the Haitian presidential election, attend a musical rally in Port-au-Prince. 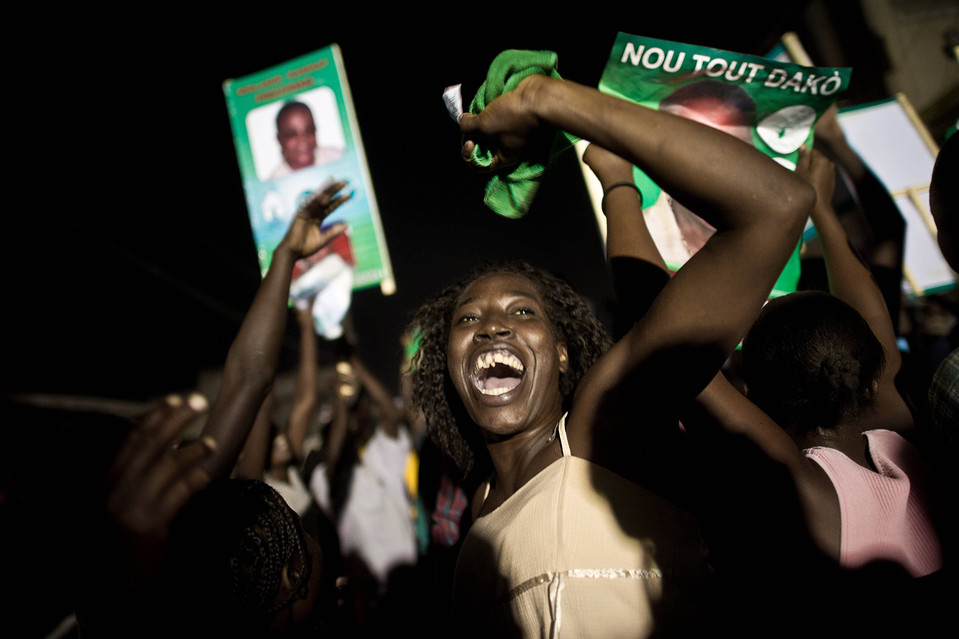 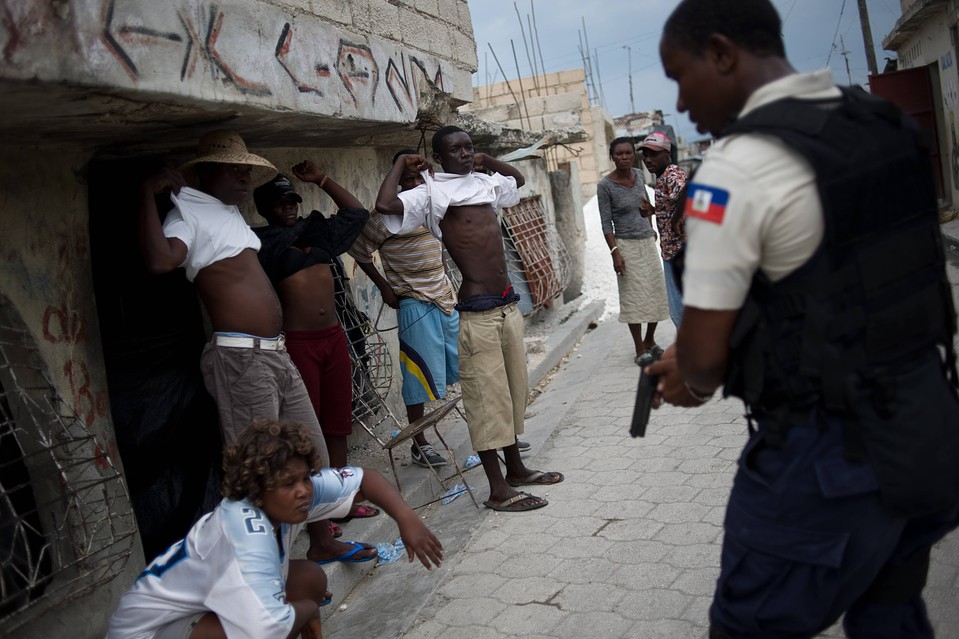 Haitian police check bystanders for weapons during a patrol around the Cite Soleil slum and Aviation refugee camp in December 2010. 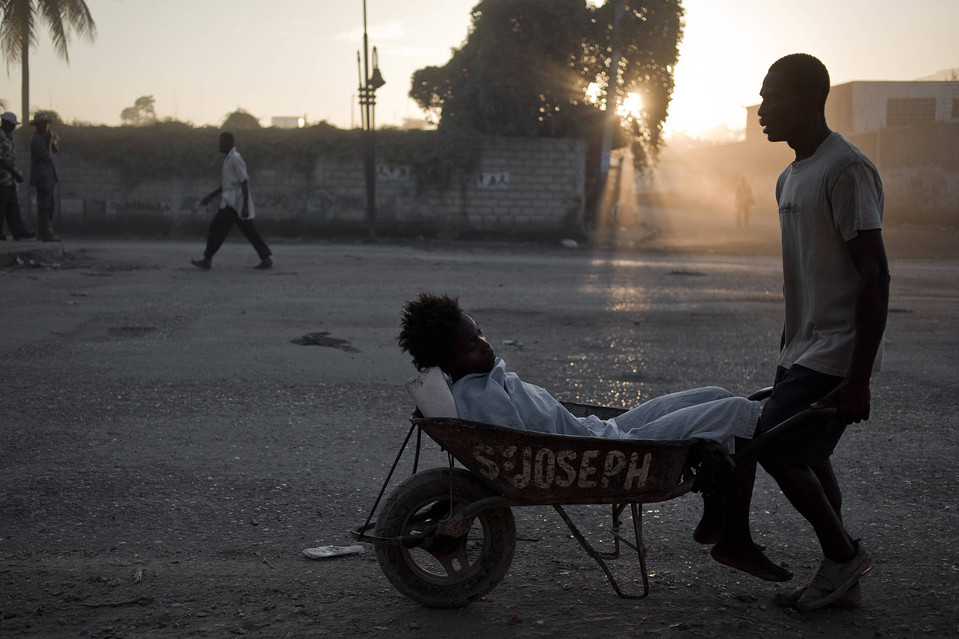 A woman suffering from cholera arrives via wheelbarrow at a Doctors Without Borders hospital in Port-au-Prince in November 2010. 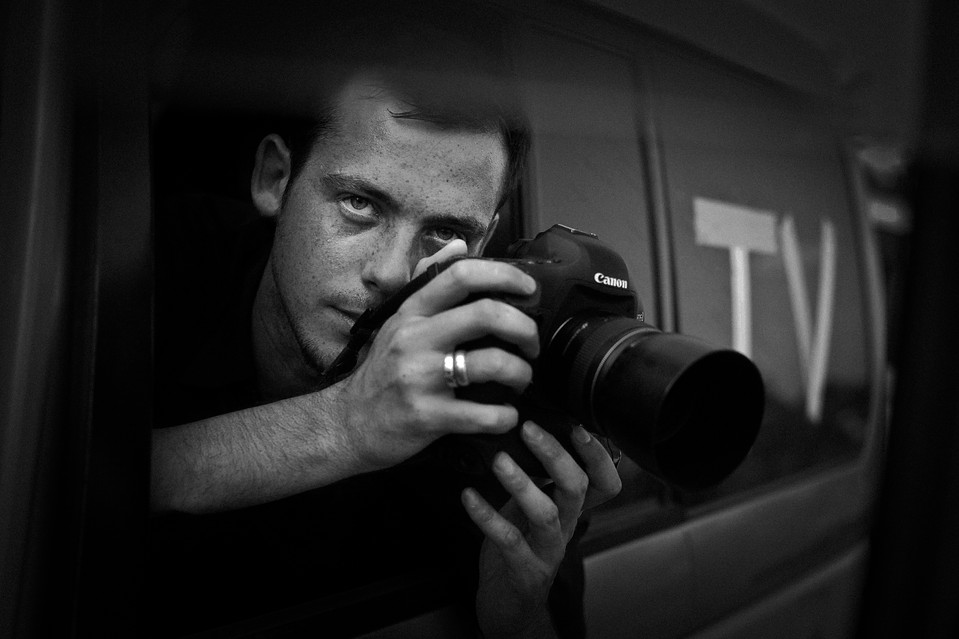