Dr. Joseph Baptiste, a retired U.S. Army colonel who ran a leading Haitian diaspora organization in the United States, has been indicted on charges of bribing senior Haitian government officials to win support for an $84 million port project in Haiti’s Môle-Saint-Nicolas region.

He is accused of traveling from his home in Fulton, Maryland, to Boston and Haiti to carry out his bribery scheme as well as using his non-profit — which is supposed to help Haiti’s impoverished masses — to direct $50,000 in bribe payments.

“My position is he’s innocent and now the government has an obligation to give us the evidence,” said Baptiste’s lawyer, Donald LaRoche. “They have yet to turn over any evidence to show what they are alleging, so it’s simply allegations.”

LaRoche said Baptiste could be arraigned next week in Boston and at that time will enter a plea of not guilty.

According to the indictment, Baptiste told undercover FBI agents posing as investors in the port project that he needed to funnel bribes to Haitian officials to secure the port project, which included a cement factory. In a recorded conversation in a Boston-area hotel suite in November 2015, he “confirmed that bribes totaling approximately 5 percent of the cost of the factory would need to be paid” to the officials. He also told one of the agents “that he would conceal and facilitate the bribe payments by using [his] non-profit as a conduit for the bribe payments.”

Baptiste later provided two letters that he “personally signed,” each of which falsely described two separate $25,000 payments as being charitable, tax deductible donations.

Baptiste is the chair and founder of the nonprofit, National Organization for the Advancement of Haitians, and garnered a reputation as a highly sought-after member of the Haitian-American community. A dentist, he also informally advised the U.S. State Department on matters concerning Haiti, and regularly hosted Haitian dignitaries — and Democrats running for U.S. office — at his home.

The charges against him first came to light in late August, when his arrest was announced by U.S. authorities. He had supposedly cut a plea deal at the end of December 2015 but backed out of it, according to authorities.

This story has been updated to include the comments of Baptiste’s lawyer Donald LaRoche. 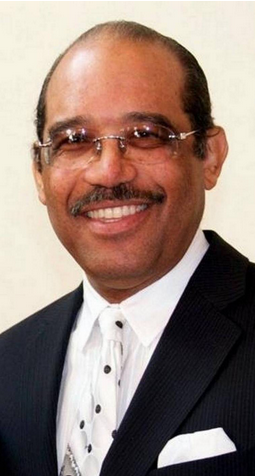