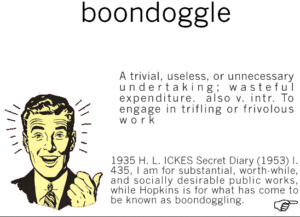 MEXICO CITY — The agency managing some of the United States’ signature projects to rebuild Haiti after the 2010 earthquake has yet to spend a large amount of the money Congress authorized and has scaled back planned housing because of delays and complications, according to a report Tuesday by a government watchdog.

The report, by the Government Accountability Office, raised concern among members of Congress who have questioned how well taxpayer funds are being spent in Haiti, more than three years after the January 2010 quake devastated large parts of the country.

The report focused on the United States Agency for International Development and $651 million appropriated to it in 2010, out of a total of $1.14 billion Congress authorized then for rebuilding Haiti.

The agency, the report found, had spent just 31 percent, or $204 million, of its allocation, and Congress lacks information to track spending and the progress of reconstruction programs because State Department reporting requirements under the law ended last September.

The report found management lapses in a major aid agency housing program, including underestimated or inaccurate cost projections that have swelled spending on the project — to $97 million from $59 million — while reducing the number of housing units to be built.

Where the agency once planned to build 15,000 homes for 75,000 to 90,000 people, its latest target is 2,649 homes for up to 15,900 people. The Government Accountability Office said the shortfall arose in part from the complexity of acquiring land titles in Haiti, a well-known problem there, as well as the difficulty of working with the Haitian government, which demanded that the homes have flush toilets — despite the country’s limited sewage treatment.

A big portion of Agency for International Development money, $170.3 million, went toward a power plant and port for an industrial park in northern Haiti that was the centerpiece of United States reconstruction efforts and had been heavily promoted by the State Department and former President Bill Clinton.

But the project had mixed results. Although the aid agency completed the power plant under budget, the port, crucial to the industrial park’s long-term success, is two years behind schedule “due in part to a lack of U.S.A.I.D. expertise in port planning in Haiti,” the report said, and is now vulnerable to cost overruns.

“U.S.A.I.D. funding will be insufficient to cover a majority of projected costs,” the report said.

Representative Ileana Ros-Lehtinen, the Florida Republican and House Foreign Affairs Committee member who requested the report, said it was “alarming and showcases the need to further investigate and ensure that U.S. taxpayer dollars are not being wasted or abused in Haiti.”

In a written statement, an agency senior manager, Beth Hogan, said the report captured “some of the challenges we continue to work to overcome in our development cooperation with Haiti.”

“Reconstructing Haiti is a long-term challenge,” she said. “The goal was never to spend the money within three years of the earthquake, but to invest in sustainable projects that will contribute to Haiti’s long-term economic growth and development.”

Agency officials said the report did not give a full picture of post-quake aid to Haiti. They said that of the total $2.3 billion currently available for Haiti’s recovery, more than $1.3 billion had been disbursed and all of the $1.3 billion for humanitarian relief immediately after the earthquake had been spent.

USAID has been America’s biggest boondoggle for generations, wasting billions of dollars around the world.

Haiti has always been a classic example.

On one occasion USAID sponsored a coffee project and blew $5,000,000 without planting a single coffee tree.

USAID housing projects have not been an exception. At one point they asked for bids on creating housing. The project mirrored one underway with Mission of Hope, a well-coordinated ONG on the St. Marc road.  MOH had already built more than 400 such houses at low cost, with high quality.

MOH is still building houses but, as of today, not one house has been built under the inflated USAID concept.