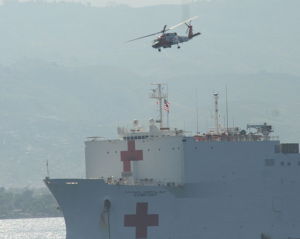 By Don Markus | don.markus@baltsun.comLocally based relief agencies are weighing what they might do to help victims of the earthquake in Chile, but said Monday that they had no plans to shift their principal focus from long-term recovery efforts in Haiti.
While the 8.8-magnitude quake that struck Chile early Saturday was stronger than the one that rocked Haiti in January, Lutheran World Relief’s Hayley Hontos said, the South American nation is unlikely to require nearly as much support.

“Chile is Latin America’s most developed country and they’re highly capable of dealing with a situation like this,” said Hontos, special projects coordinator for the Baltimore-based agency. “Their infrastructure is much more sound, they’ve got their building codes [and] civil defense, whereas Haiti on the other hand is the least-developed and poorest country in the Western Hemisphere.”

Though the earthquake in Chile caused massive property destruction, the 723 dead in Chile are far fewer than the hundreds of thousands believed to have died in Haiti.

“That’s not to say there wasn’t a disaster and they don’t need any help [in Chile], but they’re much more capable and there are organizations there on the ground that can provide that help,” Hontos said.

Through its office in Lima, Peru, Lutheran World Relief has reached out to two Lutheran churches in Concepcion, Chile, the largest city near the quake epicenter.

“If needed, we’ll continue to be in contact with the churches we work with there,” Hontos said. “We’re letting them know that if they do need some support we’d be happy to send some material aid their way, but right now it looks like that might not be needed at this time.”

Catholic Relief Services, the largest of the locally based relief organizations, will continue to concentrate its efforts on Haiti, spokesman John Rivera said. He said CRS is still considering ways to help Chile.

“We are accepting donations for Chile and will be directing that support to Caritas Chile, and we may be sending some technical assistance – a couple of people who have expertise in particular areas like emergency response or water and sanitation, that kind of thing,” Rivera said.

Rivera said there are no plans to redirect to Chile any of the $86 million CRS has raised for Haiti.

“When people enlist money with the understanding that it will be used for a particular emergency, we honor that donor’s intent,” Rivera said. He said he did not expect the Chilean earthquake to affect donations for Haiti.

Andrea Kauffman, a spokeswoman for World Relief, said the evangelical Christian organization would work with other members of the Global Relief Association that are planning to send equipment or aid to Chile, and would accept donations earmarked for relief efforts there.

“Another difference for us is that we’ve been working in Haiti for 17 years,” said Kauffman, whose organization has a staff of 40 based there. “That was a very natural response for us.”