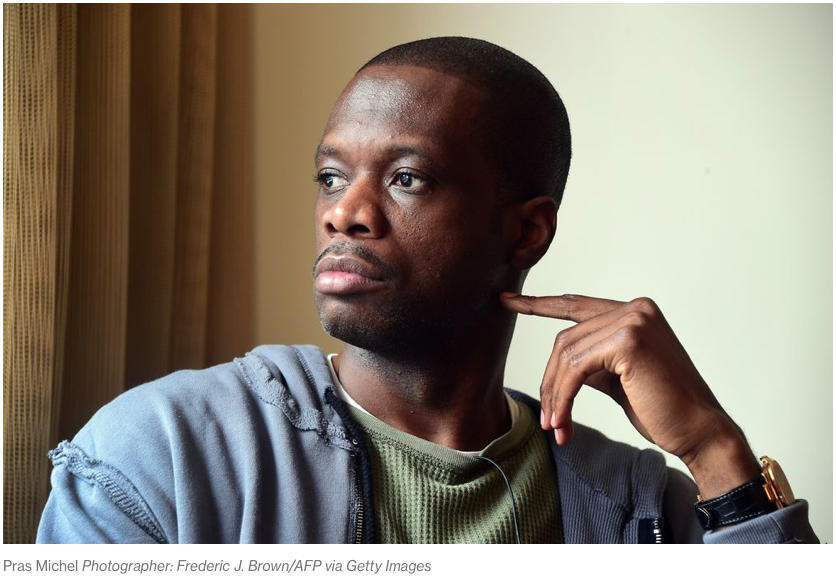 Federal prosecutors are expected to charge former rap star Pras Michel as soon as Friday with campaign-finance violations related to President Barack Obama’s 2012 re-election campaign, according to two people briefed on the matter.

Michel will be accused in Washington of contributing funds to pro-Obama organizations without disclosing their foreign origin — specifically Jho Low, who is accused of masterminding a massive diversion of cash from Malaysia’s 1MDB wealth fund — one of the people said. At least one other individual could be charged in connection to the matter, that person said.

“Mr. Michel is extremely disappointed that so many years after the fact the government would bring charges related to 2012 campaign contributions. Mr. Michel is innocent of these charges and looks forward to having the case heard by a jury,” said his lawyer, Barry Pollack.

The charges, as described, are an outgrowth of a sprawling Justice Department investigation into fraud and corruption at 1MDB, a wealth fund that was intended to promote economic development in Malaysia. It was instead treated like a massive slush fund by Jho Low, an adviser to Malaysia’s then-prime minister, Najib Razak, U.S. prosecutors have said.

“Mr. Low has never made any campaign contribution directly or indirectly in the United States,” according to a spokesman for him.

Low has already been charged by prosecutors in New York, who are also investigating Goldman Sachs Group Inc., the investment bank that helped raise more than $6 billion for the fund. One former Goldman banker, Tim Leissner, has pleaded guilty to conspiracy charges involving bribery and money laundering. Another former Goldman banker, Roger Ng, agreed to be extradited from Malaysia to New York this week, where he faces similar charges.

Prosecutors in Washington are leading the investigation into how 1MDB funds were used to influence government officials. In November, a former Justice Department employee pleaded guilty to one charge of bank fraud conspiracy for his role in setting up bank accounts that would allow Low to pay for lobbying activities in Washington.

That charge was related to conduct that occurred in 2017. That case referred to a “Co-conspirator A,” whose description matched that of Michel, a former member of the Fugees rap group. Jho Low was referred to as “Co-conspirator B.” The charges expected to be filed Friday concern earlier activities, from 2012.