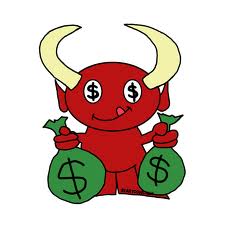 As is always the case – it is a matter of  $$$$. Few are patriotic. Few think of the Nation. Few think of their less fortunate 9,000,00  fellow Haitians who often have one meal, every three days, while they have three meals, plus expensive snacks.

May 18 was to see Prime Minister Lamothe attacked by a huge anti-Lamothe demonstration, paid for via the Ministry of Interior. This was supposed to be a secret, with the results blamed on Aristide. Sophia would have seen her puppet Valery Milfort installed as Prime Minister and greed would live happily ever-after.

This plot was discovered and derailed.

May 18 passed without so much as a ripple. 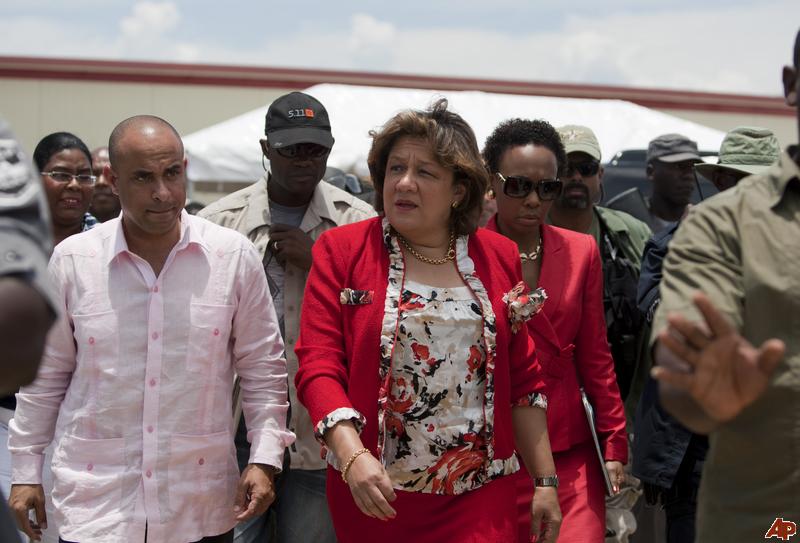 One would think that Queen Sophia would let well enough alone but – no – they are going to make another attempt to remove Laurent Lamothe, as Prime Minister, and nothing is outside their game-plan.

Parliament, and business; the two groups one would expect to support the anti-corruption efforts of Laurent Lamothe, are violently opposed to these nation saving concepts. And this is why Haiti is at the top of the world’s listing for corrupt nations, and at the bottom as one of the world’s poorest countries.

Laurent Lamothe is doing his best to reverse these factors but people like Senators Steven Benoit, Jean Joel Joseph, Jocelerme Privert, Jean William Jeanty, Fritz Carlos Lebon, Francky Exius, Andrice Riche, Maxime Romais, Francisco Delacrouce, Moise Jean-Charles, Wesner Polycarpe, Francois Joseph and Jean Baptiste Bien Aime have buried their differences in an effort to save the status quo, since this status quo is the one which puts the most $$$ in their pockets.

Parliament welcomes each change of Cabinet, each change of Prime Minister because such moves are a guarantee of huge cash payments in order to see DEMOCRACY prevail. In their world, there is NO DEMOCRACY WITHOUT BRIBES. Fortunes are paid; fortunes that would be better spent buying rice and beans for our hungry children.

The pressure to maintain Haiti’s criminal status quo makes strange bedfellows as the whores switch allegiance and partners with amazing speed. Today’s enemy becomes tomorrows partner in crime, with the speed of light.

So it is with Senator Steven Benoit and Queen Sophia.

At the birth of the Martelly concept, Senator Steven Benoit was promised control of ONA,  a national insurance office, and source of skimmed cash, for his support. With Martelly inaugurated, this promise was ignored as Thierry Mayard-Paul and Queen Sophia blocked the concept. ONA was to big a cash cow for Queen Sophia to give up.

Now, the tables have turned. 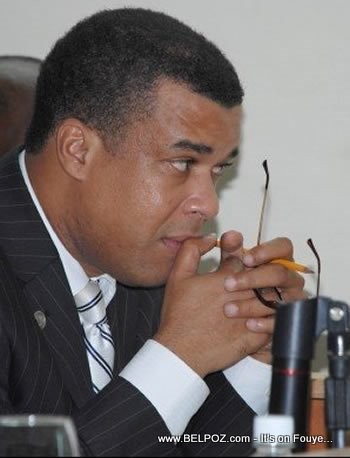 Senator Steven Benoit has – yet again – been promised control of ONA if he leads a Senate effort to embarrass and force the collapse of Prime Minister Laurent Lamothe.  Queen Sophia has balanced the loss of the golden ONA against the platinum gains from her being able to install her close – Valery Milfort as Prime Minister.

One of the things Queen Sophia cherishes is the control of a road repair project, now under the   Prime minister’s office. With Valery Milfort, as Prime Minister, Sophia will become the rich Queen of Potholes.

Steven Benoit has the mind and conscience of a whore, but he comes by this honestly, if that is the proper term. It is a family profession.  His sister Guerda Benoit was such an animal before she married Rene Preval; a marriage that ended after a period of time. Steven Benoit was carried into the Senate on Guerda’s coattails (or tail to be vulgar)  since he would otherwise have remained a very low class person.

As a side issue, an issue that has Benoit upset with Lamothe, even though the Prime Minister has nothing to do with it, is the fact that the Argentinean government has asked for the removal of Guerda Benoit, from the Haitian embassy there. Seems as though she is too arrogant for her hosts and they want to be rid of her.

And so we have the corrupt majority,  of the system, standing against the Martelly/Lamothe effort to make some changes in the totally corrupt society. Their solution, in order to protect their status, is the removal of Lamothe, to be replaced by someone of their taste, someone who will help them continue with the rape of Haiti’s resources.

In effect, the Haitian system cannot heal itself.

It really needs some outside assistance.

Since the International Community are the ones pouring billions into Haiti’s economy, they are the element that should take steps to plug the sieve through which their funding disappears into bank accounts of the criminals. We will never eradicate corruption, but we can slow it. Laurent Lamothe is the only hope to carry through this process, as the traditional societal criminals endeavour to replace Lamothe with someone more suited to their lifestyle.

The American embassy could show its true desire for Democracy by suggesting that no one wants to put pressure on anyone…but, if the Senate insists on taking their planned undemocratic, criminally based action against Prime Minister Lamothe, they should be allowed to remain in Haiti, enjoying the results of their efforts, efforts that effectively destroy efforts to save Haiti – at great expense. 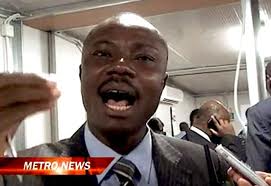 CANCEL THEIR AMERICAN VISAS SO THEY CAN ENJOY THEIR SUCCESS.

IF LAURENT LAMOTHE GOES, THE MARTELLY PRESIDENCY WILL FAIL AND CHAOS WILL FOLLOW.

They are depending upon the fact that you can do a Google search and turn up what appears to be positive results for this search.

I did such a search and then visited 37 consecutive sites and found absolutely nothing to indicate any truth of the claims.

I did find one classic topless shot but – remember – this lady is a model and the shot was in extremely good taste. And, also remember the New York Times recently featured a photograph, on the front page, of a lady in downtown New York – topless – because American law allows this.

Especially when you see the photos of Senator Lambert in a swimming pool with a topless girl who is young enough to be his daughter! The other photos, in this series, could well suit a port site, but Lambert doesn’t care. Remember what happened to an earlier Lambert mistress, Monique Pierre, murdered by someone driving a car with the Senator’s official plates on it. 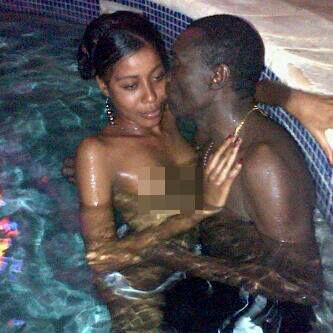 Unfortunately, those who are attempting to embarrass Prime Minister Laurent Lamothe are counting on the old situation in which PERCEIVED REALITY is more important than REALITY.

If someone googles for tires he might end up finding Aristide. That’s the way it works.

It is the old BAIT & SWITCH trick in which someone is drawn to the site, looking for one thing and is then presented with something different.

Mind you, Benoit’s sister, Guerda Benoit-Preval, had a model agency and was involved in an affair with a senior MINUSTAH chief, even as Preval served as President.

Perhaps the Benoit/Queen Sophia team uses Benoit’s sister as the model for their attack of Laurent Lamothe’s friend, Petra.

Only the names have been changed, to protect the guilty and embarrass the innocent.

If these claims were made in the American legal system a few people would be sued and lose everything they own.

In Haiti, a land with no real legal structure, these false claims will be allowed to threaten national stability, derailing Prime Minister Laurent Lamothe and pressing for the installation of an incompetent puppet, Valery Milfort, controlled by Queen Sophia and her entourage.

Time for the International Community to step in and say ENOUGH IS ENOUGH!

GIVE HAITI A CHANCE AT SURVIVAL!!