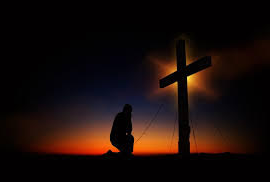 [Episcopal News Service]Presiding Bishop Michael Curry has taken the next step in a never-before-used canonical process contesting the electionof the Very Rev. Kerwin Delicat as bishop coadjutor for the Diocese of Haiti.

Curry on July 17 officially asked the Province IICourt of Review to convene as a fact-finding commission and prepare a report on allegations of what a group of Haitian Episcopalians called an “electoral coup d’état.” The group represents more than 20 percent of the clergy and lay electors of the June 2 convention that chose Delicat, dean of Holy Trinity Cathedral in Port-au-Prince, Haiti.

The 16 priests and 26 laypeople say that Bishop Diocesan Jean Zaché Duracin and his supporters:

The electors also object to what they say is Delicat’s moral and ethical character. They claim that a different candidate had been expelled from the election process because he had “beaten, tortured and humiliated” a lay woman who was pregnant with his child and pressured her to have an abortion. They allege that Delicat and another priest witnessed the abuse, did not stop it and did not denounce it.

The text of the eight-page “contestation” is here.

“We live in a country where the level of corruption and the corruption index are among the highest in the world. However, the church and her ministers must be above all suspicion,” the group writes in its contestation. “We should have been the salt of Haitian society. Unfortunately, the fraudulent election of June 2, 2018 only takes our church away from its mission in a society ruined by corruption and impunity.”

Duracin is retiring after serving as bishop since 1994. The ordination and consecration is set for Jan. 5, 2019.

The Rt. Rev. Todd Ousley, bishop for pastoral development in Curry’s office, told the House of Bishops about the contestation on July 9 during a legislative session at General Convention. He noted that the June 2 election came after the convention failed to elect a bishop after five ballots on May 17. His remarks are hereat the 1-hour-18-minute mark.

How the contestation process works

The group exercised a canonical provision that allows at least 10 percent of the electors to file a written objection to a bishop election within 10 days after the vote (Title III.11.8.a and b beginning on page 110 here). The group filed four days after the June 2 election.

The canon requires the contestation be filed with the secretary of the diocesan convention who then has 10 days to inform the bishop diocesan, the chancellor, the diocesan standing committee and the presiding bishop. Curry was then required to request an investigation by the court of review of the province in which the diocese is located. Haiti is a member of Province II.

The court of review has 30 days from July 17 to complete its work and give the presiding bishop a report. Curry then has 15 days to send that report to the bishop diocesan, the chancellor, diocesan standing committee and the secretary of the convention. The secretary must send a copy of the report to each of the delegates who filed the objection.

The provision has never been invoked since it was added to the Title III canons on ministry in 1994 (via Resolution A024), according to Ousley. In fact, objections to bishop elections in the Episcopal Church are rare, he said. The last time protest came in the 19th century, Ousley said.

In two more recent instances, concerns were raised by bishops and standing committees during the consent process. Those concerns led to the church failing to consent to the Rev. Mark Lawrence’s first electionin the Diocese of South Carolina in 2007 and the Rev. Kevin Thew Forrester’s 2009 electionin the Diocese of Northern Michigan. Lawrence was reelected later in 2007, received the consent of the churchand left the Episcopal Church in late 2012. Thew Forrester did not stand again for election and the diocese chosethe Rev. Rayford Ray in late 2010.

While the election contestation process has not been used since its inception, Ousley said it is clear what must happen and what roles are assigned. First, in the governance and polity of the Episcopal Church, bishop elections are diocesan-run processes. The rest of the church only gets involved after the election by way of the process that requires all other diocesan standing committees and bishops with jurisdiction to consent to the vote.

Those requests are typically accompanied by a photo and biography of the bishop-elect, certifications of his or her medical and psychological fitness, and proof that he or she meets the age and prior ordination requirements. Since Lawrence’s first failed election, the bishop elected is also asked to answer a set of questions about theology and commitment to remain in the Episcopal Church.

Ousley told Episcopal News Service during a July 24 interview that various people expressed concerns about the Haiti election during the search and nomination phases. Those concerns came to him, to the presiding bishop, and to a variety of bishops, clergy and laity across the church.

“We needed to take note of it, be aware of internal conflict and turmoil in Haiti, but it remained a Haitian matter to resolve,” Ousley said. “What we have with the contestation is a feeling on the part of those that signed the letter, and those they might represent, that they were dissatisfied with the process and inattention to their concerns prior to the election and even during the electing convention itself.”

Including the report of the provincial fact-finding effort with the consent requests is “an opportunity for the church as a whole to have additional information to help it in its discernment about whether to give consent or not,” he added.

The bishops with jurisdiction and diocesan standing committees are not so much asked to determine if the allegations are true or if the provincial fact-finding report is right or wrong, Ousley said. Instead, they will be asked to consent to the results of the electing convention or to decide that the best way forward is to not consent.

Ousley said it is also clear that the presiding bishop’s role at this point is prepare himself to be the chief consecrator of a bishop-elect by being satisfied that the consent process has been properly executed. In the case of Delicat’s election, this process also includes the fact-finding effort and the resulting report.

“The presiding bishop doesn’t have an opinion about whether there should be consent or whether consent should be withheld,” Ousley said. His task is to follow the canons and provide the church with all the information it needs to decide the consent question, he added.

Lastly, Ousley said, it is clear that while the provincial court of review is given a role in the contestation process, the canons say the role is that of an information-gathering body charged with producing a report on the allegations, not acting as a court. Normally, the court of review function’s within the church’s clergy discipline canons.

“They’re not going to make a judgment about guilty or not guilty. They’re not necessarily going to come down on one side or another,” he said.

Instead, its report will be a compilation of the information the members were able to get. “It’s not the court’s responsibility to decide for the church or to tip the process one way or another,” he said. The group might say that certain allegations are true or not. “But more than likely, it is going have a number of things that will say ‘on the one hand but on the other,’” he said.

“It’s difficult to determine truth when in fact there are a variety of truths that are likely to be revealed,” Ousley said. “For those who are waiting for the report in hopes that the report will make the decision for them, they’re going have a very long wait.”