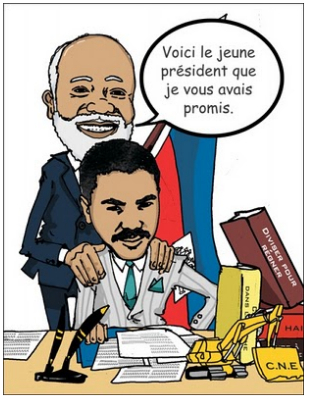 Jude Celestin followed up on his successful Hinche rally with a massive event in Croix-des-Bouquets today.

Using the tried and tested elements of a Francois Duvalier campaign, Celestin’s team bussed many, many people from around the countryside to an event that was more party, than political.

Lots of food for everyone. Was FULL of people.

Celestin attacked the Martelly government for waste and inefficiency.

Celestin attacked the Martelly as a government controlled by drug-dealers.

Celestin is Rene Preval’s candidate and they are involved in a  full-throttle run at the National Palace.

If Celestin wins, he promises to arrest all involved following his February 7 inauguration.

Celestin has made the challenge – openly.

It remains to be seen as to what path the following weeks take.

Celestin has many, many skeletons, real and imaginary, in his closet, as does Rene Preval.  Michel Martelly may have many flaws, but he is not a killer.