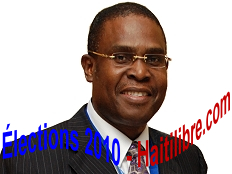 The first of four debates between John F. Kennedy and Richard Nixon was a watershed moment in American history. For the first time ever, two presidential candidates crossed swords on national television, in front of cameras and some 70 million viewers.

According to The Museum of Broadcast Communications, the so-called “Great Debates” afforded the first real opportunity for voters to see their candidates in competition, and the visual contrast was dramatic.”

In August, Nixon had seriously injured his knee and spent two weeks in the hospital. By the time of the first debate he was still twenty pounds underweight, his pallor still poor. He arrived at the debate in an ill-fitting shirt, and refused make-up to improve his color and lighten his perpetual “5:00 o’clock shadow.” Kennedy, by contrast, had spent early September campaigning in California. He was tan and confident and well-rested. “I had never seen him looking so fit,” Nixon later wrote.

The 19 approved presidential candidates have been invited to present their platforms, and Haitian citizens within the country and in the diaspora are encouraged to participate via Skype, video conferencing, email, or SMS text.

The debate series is welcome news of a measure of transparency and accountability. An August 16 meeting between President René Préval and members of Haiti’s election commission, CEP, led observers to wonder whether the commission four days later rejected certain candidates’ eligibility—including that of hip-hop star Wyclef Jean—on the basis of political considerations instead of constitutional law. An electoral observation mission run jointly by the Organization of American States and Caribbean Community has requested that the CEP disclose its reasons for dismissing candidates. However, most members of the international community—providing the bulk of the election’s $29 billion budget—are hesitant to interfere and slow down the election process.

29 Billion seems a lot, even for a Haitian election.

The International Community had better challenge the entire electoral process, otherwise Preval is going to steal another election. He only got 23% in the 2006 ballot. MINUSTAH decided a run-off, required by the Constitution, would be too bothersome so they declared Preval the winner with 51% and we are still paying the price for this crime.

Let’s not repeat the same mistakes.