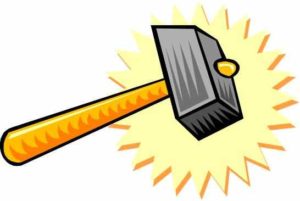 PORT-AU-PRINCE — President Rene Preval warned it would be unwise to replace him with a transitional government if Haiti’s election mess is not sorted out before his mandate expires on February 7.

Preval’s comments, which come in the wake of disputed presidential elections, raised the possibility he may seek an emergency three-month extension to his mandate, a course mooted by his government earlier this year.

“It would not be good for the country’s stability and reconstruction to enter a transitional government,” Preval told reporters in his first public statements on the issue since the disputed November 28 polls.

Last month’s chaotic first round was carried out amid widespread allegations of fraud and the disenfranchisement of thousands of people, who either could not get the necessary papers to vote or were not on the register.

The vote further destabilized the poor Caribbean nation, which is still struggling to recover from an earthquake in January that killed a quarter of a million people and has since October been battling a cholera outbreak as well.

Preliminary results published earlier this month had former first lady Mirlande Manigat in the lead with 31 percent of the vote, followed by Preval’s handpicked candidate Jude Celestin with 22 percent.

If those results hold the two should advance to a run-off scheduled for January 16, but the count was rejected by popular singer Michel Martelly, who trailed Celestin in third by less than 7,000 votes.

Martelly’s supporters and others took to the streets after the results were announced, torching cars and government buildings and clashing with rival supporters and UN peacekeepers in violence that killed at least five people.

Preval, who has served a maximum two terms and is accused of rigging the poll in favor of Celestin, has delayed publication of the final results until an international probe has been carried out.

On Thursday, he urged the candidates to follow legal procedures and not to stir up violence.

“One can always make proposals and suggestions, but anything that is outside the law and the constitution can worsen the problem,” Preval said.

Several of the 19 presidential candidates have called for a provisional or transitional government to be installed after February 7, believing that fair elections cannot take place so long as Preval remains in power.

Haiti’s parliament approved back in May extending Preval’s term by three months — until May 14, 2011 — in the event that the quake-ravaged country’s election process was delayed.

And it was obvious exactly what Preval had in mind, those months ago..

Some of us voiced our thoughts, but these were ignored.

Even then he was planning to either steal the elections or screw them up to the point at which they are beyond recovery…..without years of time expended in committee, investigations, debates over what is a valid vote, and what isn’t.

Preval will suggest that all elections be held – together – at some time in the future. This is not a good idea. The CASEC and other non-parliamentary slots must be filled before the other elections, otherwise Preval will control all the the positions.

He is already planning to extend his May 14 ploy by months…years….forever…by governing with Decrees, as he did for 18 months after January, 1999.

When will the jerks in the international community learn to deal with reality.