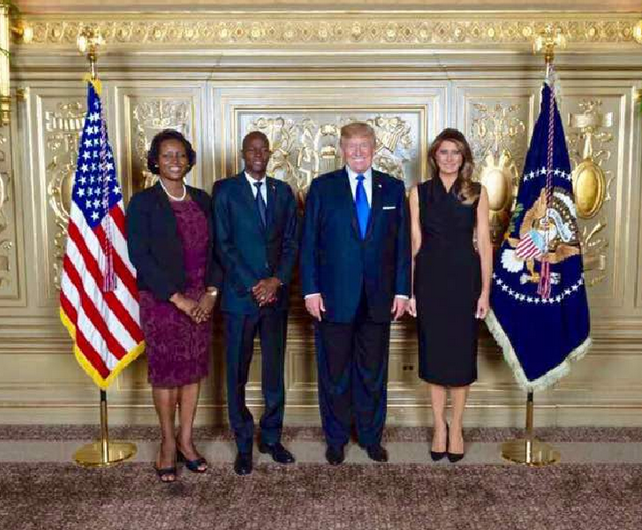 It is important for Haitians to appreciate a number of subtle messages, sent during President Moise’s visit to the United Nations.

He was one of the few Head of State to be photographed with American President Donald Trump.

He was also received by the heads of the World bank and IDB.

This is a clear message of support for President Moise, and his government.

The American President does not want to see Haitians – yet again – exhibit the tendency to wish for their President’s downfall a few weeks after an election.

Trump is more unpredictable than his predecessors.

If he sees Jovenel under attack he might well send a C-130 full of US Marshalls to Haiti and collect a couple of hundred DEA targets for starters.