While much of the United States’ focus is still on Texas and the destruction left behind by Hurricane Harvey and it’s historic rainfall, powerful Hurricane Irma is rapidly intensifying in the open Atlantic and poses a major threat to the Caribbean and potentially the United States next week.

Irma was named as a tropical storm on Wednesday morning and by Thursday afternoon it had strengthened into a large Category 3 hurricane, with winds of 115 mph. 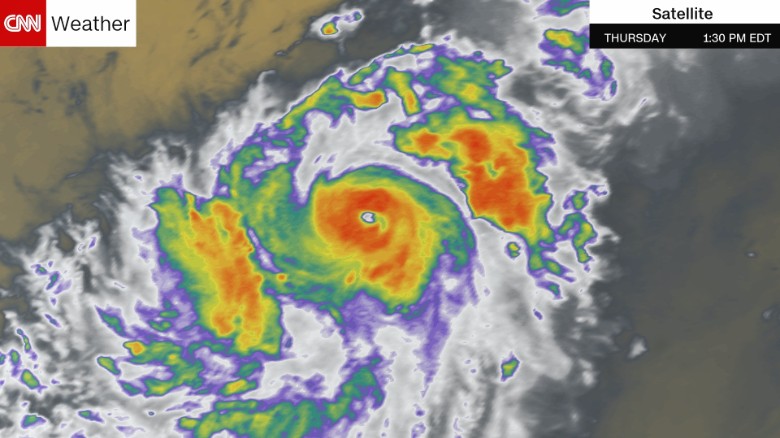 Hurricane Irma satellite image
Such explosive strengthening is known as “rapid intensification,” defined by the National Hurricane Center as having its wind speed increase at least 30 knots (35 mph) in 24 hours.
“Irma has become an impressive hurricane,” the National Hurricane Center said on Thursday, noting the rapid intensification, and saying “this is a remarkable 50 knot [58 mph] increase from yesterday at this time.”

How are hurricanes named? 01:38
Hurricane Harvey underwent rapid intensification last week, just before landfall, which brought it from a tropical storm to a Category 4 hurricane when it moved onshore near Corpus Christi.
Irma is a classic “Cape Verde hurricane,” a type of hurricane that forms in the far eastern Atlantic, near the Cape Verde Islands (now known as the Cabo Verde Islands) and tracks all the way across the Atlantic. Cape Verde storms frequently are some of the largest and most intense hurricanes. Examples are Hurricane Hugo, Hurricane Floyd, and Hurricane Ivan.
Hurricane Irma is forecast to continue to strengthen as it moves westward over the next five days and the official forecast from the National Hurricane Center puts a dangerous Category 4 Hurricane Irma on the doorstep of the Caribbean by the end of the five-day forecast on Tuesday afternoon.
A strong high-pressure ridge to the north of Irma, over the Atlantic, is steering the storm to the west and limiting the wind shear in the upper levels of the atmosphere, which has allowed the storm to grow so quickly. Wind shear is like hurricane kryptonite, and prevents storms from forming or gaining strength.
Unfortunately, Irma will remain in a low-shear environment for the next several days, so there isn’t much hope that Irma will weaken any time soon. 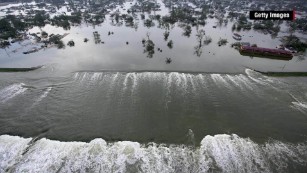 2017 Atlantic Hurricane Season Fast Facts
TRACK THE STORM HERE
There is considerable confidence that Hurricane Irma will track to the west through the weekend and then take a slight jog to the southwest early next week in response “to a building ridge [of high pressure] over the central Atlantic.”
From there the forecast becomes a lot less clear, with some major differences among some of the key models meteorologists use to forecast hurricanes, differences so drastic that in one instance Irma slides harmlessly back out to sea and in another it makes multiple disastrous landfalls in the Caribbean and likely the United States after that.
The European model, or ECMWF, and the American GFS model have had some notable showdowns before, most notably with Hurricane Sandy. 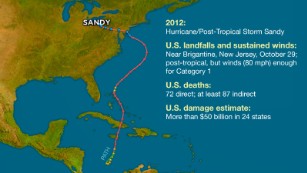 Hurricane Sandy Fast Facts
With Sandy, the ECMWF correctly predicted a landfall in the northeast nearly a week ahead, while the GFS continually kept the storm offshore in what became a major black eye for the US weather modeling industry. There have been other examples where the GFS model has performed better than the European model, such as with a few major snowstorms in the northeast.
Right now, the GFS has Irma taking a more northerly track that curves to the north before it reaches the Caribbean, thus making a US landfall much less likely.
The European model keeps the storm tracking further west and into the Caribbean by the middle of next week. 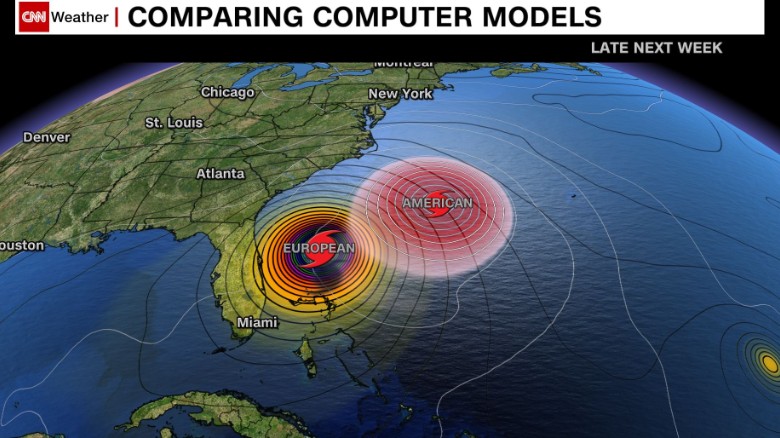 European vs American weather models
Ryan Maue, a meteorologist with WeatherBell Analytics, said, “The ECMWF sees a much stronger ridge or Bermuda High [than the GFS] which forces Irma west, whereas the GFS has a weaker ridge and a more rightward, parabolic track.”
“The prospects for major impacts anywhere from Cuba to Carolinas is concerning for this very reliable model,” Maue said.
Irma is still more than 1,700 miles east of the Leeward Islands and any impacts from the storm shouldn’t be felt until Tuesday or Wednesday for the Leeward Islands and Puerto Rico.
The forecast picture should become clearer after the weekend as we see which model correctly predicts Irma’s path.
Bottom line: Hurricane Irma is already a powerful hurricane and looks to only become more so. Those with interests in the Caribbean and southeast US coast should pay close attention to the forecast.