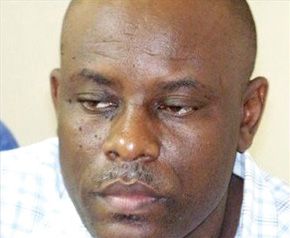 PORT-AU-PRINCE, Haiti (defend.ht) – “Have you thought, it is not a coincidence, that every time the mandate of MINUSTAH is up to be renewed there is an increase in insecurity?” The Director of the National Network for the Defense of Human Rights, Pierre Esperance, said in an interview on Friday.

Pierre Esperance was being interviewed because the RNDDH had recently sent a letter to the new Director General of the National Police of Haiti, Godson Aurelus.

“We are now in a period, before the month of October, where the mandate of MINUSTAH is up for renewal.”

“Once we come to the months of August and September, since 2004, this is how it has been: the insecurity increases.”

“Is it a coincidence? We don’t know, but we see that this is always the case.”

“But what is important for us now and today, us, as a human rights organization, fighting for the rule of law, fighting for the reinforcement of the state institutions in the country, when there are officials we always sit down with them, we give them recommendations, we encourage them for what they do that is good – things that merit encouragement – and it is in this context that we wrote the Director of the National Police of Haiti.”

PNH Director Aurelus was the arresting officer of the sitting representative of Parliament in October 2011, Arnel Belizaire (Delmas/independent).

It was an arbitrary and illegal arrest stemming from a verbal altercation between President Michel Martelly and Deputy Belizaire. Independent observers of the events that led up to the arrest and those that followed believe the call for the arrest came directly from the Head of State.

Mr. Esperance wrote to the new PNH Director who was nominated to the position by President Martelly in order to describe the gains of the National Police of Haiti to remain apolitical under the leadership of the former Director Mario Andresol.

“It is from this perspective that we wrote to the new director of the national police.”

“Because we believe that the National Police, since 2005 up to today, has made a lot of advances to itself.”

“Under the direction of Mario Andresol the police was not politicized and there was progress made but there is work left to be done.”

Esperance said in the letter they touched on the review of police officers under Aurelus and if they were respecting the internal regulations of police. The letter was a letter of caution to tell Aurelus to be wary of matters that are urgent in keeping the police a protector of lives and property of all Haitian citizens.

It is childish, simple, and effective.

Haiti is a cash cow for the United Nations and they are not likely to let it escape their grasp. Insecurity requires a few phone calles and BANG you have it.

There are also a few bags of money to the right people in order to continue the process.

MINUSTAH is a criminal organization that really contributes little to Haiti’s ongoing survival. $1,000,000,000 per year that could be better spent on something useful.