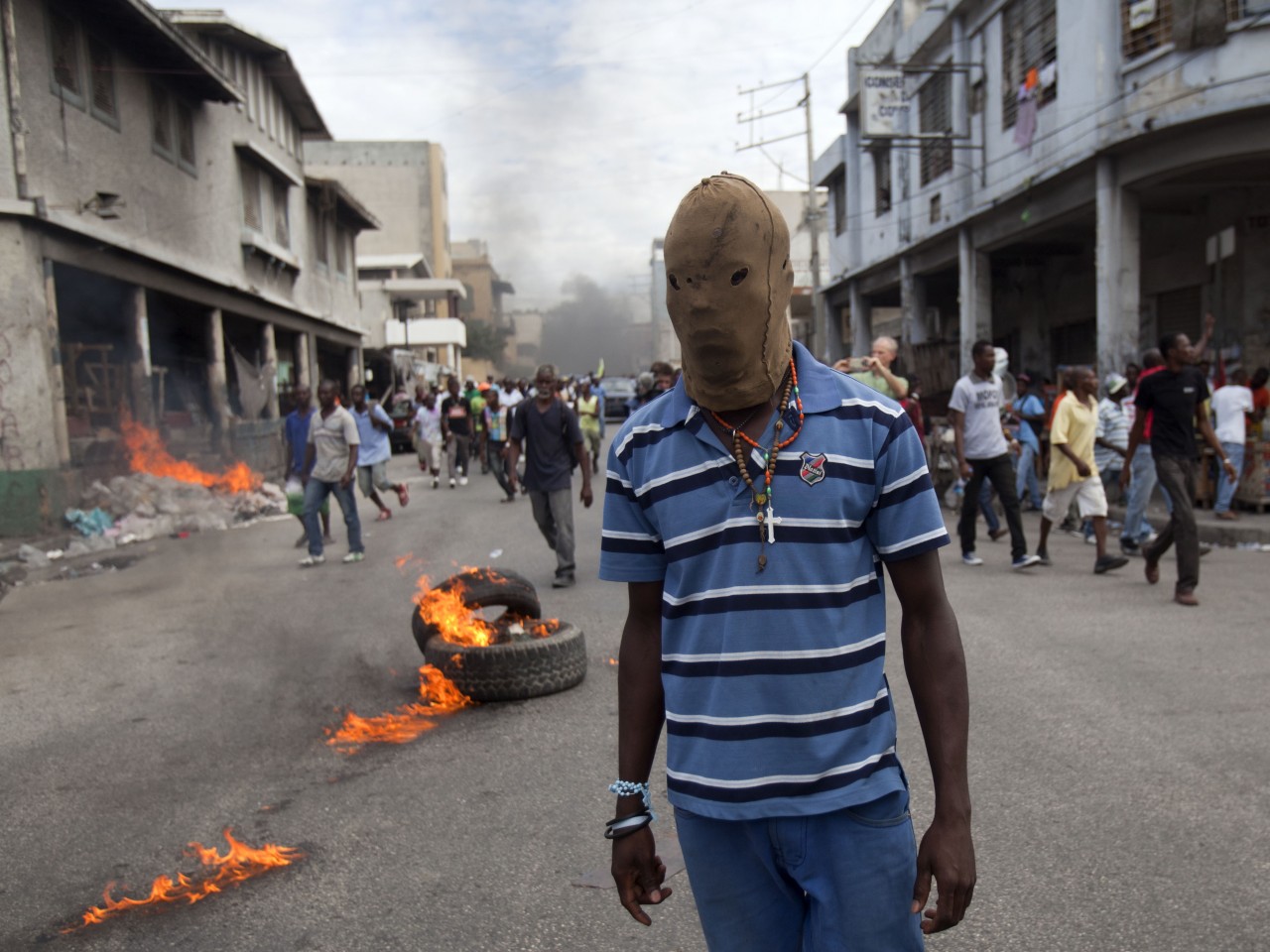 The United States’ leading envoy responsible for Haiti says the country’s twice-postponed presidential and partial legislative runoff elections that have been rescheduled for next month need to happen sooner rather than later.

“These were the Haitians themselves who came up with these dates presumably because they believed they could meet them,” U.S. State Department Haiti Special Coordinator Kenneth Merten said in an exclusive interview with the Miami Herald’s editorial board. “Until someone tells me, or it becomes painfully obvious that they’re not going to be able to make the date, I think we believe that they are going to and would hope they are going to.”

Merten’s statement comes six weeks before the vote is scheduled and as a deadline looms on a 120-day transitional period that was agreed to last month after President Michel Martelly left office Feb. 7 without an elected successor because of disputed elections.

While the country’s parliament managed to successfully elect interim President Jocelerme Privert a week later, the former head of the Senate has been in a vexing political standoff with his former colleagues. Lawmakers loyal to Martelly in both chambers have accused Privert of violating the Feb. 6 accord outlining the steps for installing a caretaker government. They have publicly opposed his pick for prime minister, U.S. educated economist Fritz Jean, while accusing him of wanting to stay in power beyond the accord’s 120 days.

Privert’s supporters, however, say his detractors are trying to undermine him in hopes of temporarily seizing the presidency once the accord’s deadline runs out.

Meanwhile, confusion persists in the country over who is actually prime minister: Jean, who has yet to receive parliament’s blessing but was appointed and invested by Privert, or Evans Paul, who was appointed by Martelly via a presidential decree and never went before parliament?

On Monday, Paul told journalists that he was barred from entering the prime minister’s official residence by an elite SWAT unit of the Haiti National Police.

“It was unnecessary,” said Paul, insisting that he remains in charge of the residence until his successor has received a vote of confidence from parliament. “We were shocked to see a CIMO unit blocking us, saying

Privert defended the police intervention, telling Télé Métropole that the HNP is authorized to protect government property from intruders.

The political squabbling has increasingly made the election date unlikely and raises questions on how soon the country can once again have an elected president running its day-to-day affairs.

The ongoing stalemate has not only delayed the appointment of a new working cabinet to address problems such as growing insecurity, a declining domestic currency, Zika and the worst food insecurity crisis in 15 years, but also the revamping of the Provisional Electoral Council (CEP). The nine-member council is charged with organizing the vote and implementing the recommendations of an electoral verification commission.

In January, CEP President Pierre-Louis Opont, who later resigned, canceled the elections two days before the runoffs, citing escalating violence and the burning of voting materials and centers around the country. Calling the elections a “farce,” opposition presidential runoff candidate Jude Célestin had also announced his boycott of the vote.

Haiti elections experts say even if the new members of the CEP were sworn in by next week, it would still take at least two months for them to become familiar with the disrupted electoral process and implement the commission’s recommendations.

One of those recommendations is a call for a deeper verification into opposition candidates’ allegations of “massive” fraud in favor of Martelly’s handpicked successor, Jovenel Moïse . Such an investigation risks further derailing the vote, even possibly canceling it altogether.

Moïse, who arrived in South Florida Wednesday on a media tour, has dismissed the fraud allegations. He is calling on the interim administration to respect the April 24 election date so a newly elected president can be sworn in on May 14. On Wednesday, supporters of Moïse and Martelly’s PHTK party took to the streets in Port-au-Prince burning tires and holding up signs demanding that Privert respect the election schedule.

Meanwhile, Célestin, who has been quiet since his public calls for a boycott of second round, was in the southeast mountains of Thiotte building water wells for drought-stricken families in the village of Zoranje.

“The digging of two other wells has already started in order to resolve the water problems in the area,” he wrote on his Facebook page. “When you don’t hear us, we are working to solve the problems of the people most in need.”

Merten noted that the elections remain a Haitian process.

“I don’t know what folks are going to try and decide in terms of a verification mechanism,” he said. “I think you can envision a very broad range of solutions coming under what verification means. There are those I’m sure who want to go back and look at every single race, every single deputy and senator race.”

Merten said it’s not up to the U.S. government, which has contributed $33 million of the $80 million elections price tag, to make the call on what kind of verification takes place. Still, he warned that “people in Haiti will need to make that decision knowing what other things are at stake in Haiti right now.”

The country, he noted, faces a myriad of challenges beyond its delayed electoral process that can only be confronted by a legitimate government.

“There is an opportunity cost for political machinations,” Merten said. “Haiti unfortunately is not a country like Belgium, which went for almost two years without a functioning government because they could not come up with a coalition to govern.”

Earlier Wednesday in Port-au-Prince, foreign diplomats who make up the Core Group of countries that support Haiti, met with Privert about the accord’s implementation and the stalled elections process. During the meeting, some ambassadors expressed concerns about the pending verification commission, sources familiar the discussions said. Among their fears: a deep verification could prolong the interim administration’s stay beyond the agreed upon 120 days.

Later in a statement, diplomats said they remained confident that politicians will act in the best interests of Haiti and its people by finding a consensus.