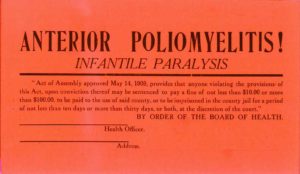 By The Associated Press (CP) – 1 hour ago

PORT-AU-PRINCE, Haiti — Health officials are looking into the cases of four people who became paralyzed in northwestern Haiti while recovering from cholera.

The experts are trying to determine if the patients in Port-de-Paix were sickened by polio.

Local health authorities reported suspected cases on Jan. 10. Of four showing paralysis three died and one is hospitalized in the capital.

Officials from the Pan American Health Organization, Haiti’s Ministry of Health and U.S. Centers for Disease Control and Prevention say they doubt polio is the cause.

But PAHO says polio vaccine was added to an upcoming vaccination campaign against diphtheria and measles in the area as a “prudent measure.”