After hundreds of job applications, I decided to bring my skills elsewhere 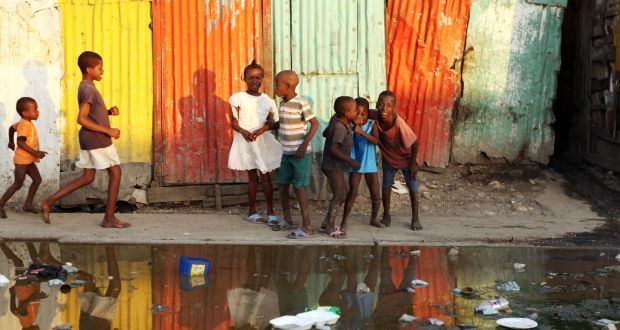 ‘The children come by foot, for many miles, on rocky, stony and often mucky surfaces with older children taking responsibility for younger ones, who give piggy-backs for speed or to cross the river.’ Photograph: iStock/Getty Images

Like so many others in Ireland of my vintage, I have became totally disillusioned with the Irish economy. I was almost at the stage of giving up ever looking for work again, knowing my chances of getting a job were so slim.

Despite being an independent, resourceful and flexible worker who has adapted to many different work situations, from 15 years of primary teaching to 12 years of freelance journalism and copywriting, and several other roles including running my own fitness business, my job applications came to nothing since I became unemployed in 2009.

I have a degree in primary education (with English), a diploma in print journalism, TV, radio and public relations, and a certificate of competency in editing and proofreading. I’ve done my best to up-skill and keep abreast of new technologies, by doing a diploma in social media and an add-on degree in digital media production, and volunteered with the Irish Refugee Council and Comhlámh. All to no avail.

What kept me going financially when my jobseekers’ benefit expired in 2010 was my work as a foster parent; 24 teenagers have lived with me over the years. Without the allowance I received from this work, I would have gone bankrupt.

I have  had to sell my family home to relieve the stress of being in debt. Despite having applied for countless jobs (I’m talking many hundreds; my computer is full of CVs and application letters) and searching through website after website (often in the middle of the night when I couldn’t sleep), the only paid work I acquired was three days temping.

There is just no will to employ “older” people in Ireland anymore, despite the fact that so many of our politicians are themselves nearing (or past) retirement age.

I never got direct feedback about my age; that would be grounds for discrimination, of course. But what else can it be? My work experience and qualifications mean I am very employable. I believe it has to be my age, or the fact that I have been self-employed for a good part of my career. I have thought of doing like the 50+ year-old man who stood on the Naas Road in commuter traffic, with a placard saying he needed a job (and he got one) a few years ago.

While I was doing the social media course, there were two others of my “vintage” in the class; our experiences of trying to secure work at our age were similar. We deliberated about setting up our own business, a recruitment agency for the over-50s. But quite honestly, I was not in the frame of mind to pursue a self-employed option at that time. It’s just too difficult. 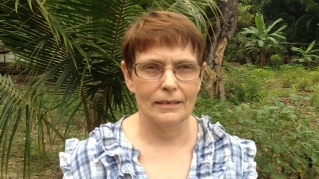 ‘I don’t believe I’m unemployable. I have done lots of things during my career but there is no will to employ “older” people in Ireland anymore.’Unless you have investment you are run ragged doing everything yourself, working 24/7, and oftentimes getting very little back. I couldn’t afford to take that risk again. If your business goes bust you are left on the scrap-heap with no entitlement to jobseekers’ benefit for all your hard work, risk-taking, entrepreneurship and perhaps even job creation. You may also have risked your eligibility, or at least your full-eligibility, to the State pension for the years you have been self-employed. There comes a time when such risk-taking becomes downright stupidity.

It was time for me to try something different, and that’s how I ended up in Haiti in April last year, volunteering as an IT education manager.

Here in the remote north-west, one of the poorest areas in the country, I have been training primary school teachers in IT skills to basic ECDL level, so that they will have the capacity to teach computer skills to the children in their schools. I have also taught IT skills to local adults and school children.

I am managing this programme for the Religious Sisters of Jesus and Mary (RJM) who have been working in Haiti for 20 years. I have responsibility for all the classes and our budget, the security of our equipment, and identifying at least one trainee who will carry on the work I began last year so IT skills training can be added to the curriculum of the six schools run by RJM in the area.

I have also digitised RJMs administration and provided admin support to many of the projects they run here, from goat projects to house-building and a mobile health clinic, and everything in between.

Our six schools in the Jean Rabel region are mostly in isolated areas, and I travel between them over rocky dirt tracks and through river beds where local people do their washing and bathe every day. It’s a world away from Dublin.

Hurricane Matthew, which struck us in October, and the ongoing rainfall in the months that followed, damaged homes, killed livestock and destroyed crops, making sustaining a living very difficult for almost 120,000 people living in the town’s hinterland.

I will be home in a few weeks’ time and I cannot wait; the unrelenting mosquitoes and other flying insects, not to mention the intense heat and humidity, have begun to take their toll.

Living here for more than a year, and having learned a basic level of Haitian Creole to help me in my work and to understand the local culture, I have begun to fit in, and have made a few friends.

It took a while to get used to being the only white person on the street most days, and being called “Blanc” by some locals, but I don’t think they mean it in a derogatory sense; it’s just how they see me. 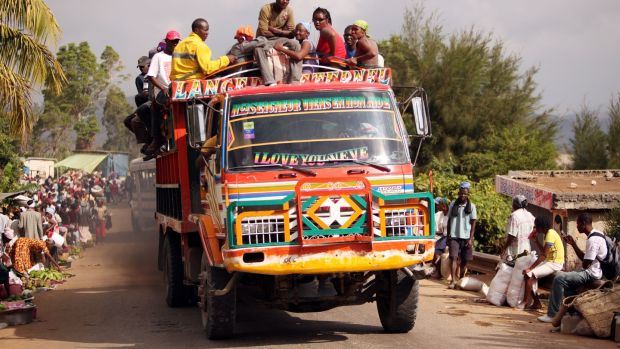 From 7am Jean Rabel heaves with children, teenagers and those returning to education making their way to one of the many schools in the town. They come by foot, for many miles, on rocky, stony and often mucky surfaces with older children taking responsibility for younger ones, who give piggy-backs for speed or to cross the river. If they’re particularly lucky, they’ll come by taxi – through dirt and muck and water with as many as five passengers in front or behind the motorcycle driver, holding their shoes aloft for fear of getting them muddied or wet.

What does this small town of Jean Rabel hold for these children into the future? Not very much, it would appear at the moment. Unless you are a teacher, there is very little work to be found throughout the region. Some people are engaged in micro-commerce, selling their produce or wares at the local market every Wednesday and Saturday, lucky if they scrape enough from that to feed their families.

I hope the children I have volunteered with will be able to realise their individual potential, and have decent prospects for jobs and income generation in the future, but this is not guaranteed right now.

Some would ask me, why I don’t stay put in Haiti, a place where I feel both valued and useful? I have been tempted to give up on Ireland altogether, especially when I received my latest “We regret to inform you” letter this week from a well-known Irish charity. They have decided to pursue other “candidates for interview whose experience more closely aligns with the role requirements”, apparently.

I don’t care how politely this news is given; it’s still a kick in the teeth and a blow to my confidence. I’ve had more than enough of those letters, in my time.

I can stay put and feel useful, or I can go home without a job and feel useless. The sensible thing obviously is to stay, but here’s my dilemma. If I stay out of Ireland for more than six months of the year, my health insurance (which I’ve been put me to the pin of my collar, at times, to continue paying over the years) want €10,000 to cover me for a very basic policy that currently costs me €1,700.

I don’t need cover while I’m in Haiti. All I need is an assurance that my Irish health insurance policy will kick in immediately when I go home, should I need it. I just can’t win. So home I must go.

If you find yourself in a similar position to me however, and you’re looking for something worthwhile to do with your time, there is a huge need for skilled personnel here in Haiti and all are welcome. I can’t recommend it highly enough. Retired and semi-retired people are particularly wanted as volunteers; your life experience and skills will be deeply appreciated.

Anne Heffernan blogs about volunteering in Haiti at theheffernanfiles.com. Her memoir, Our Boomtime Rats – Who do they think they are? is available from Amazon at amzn.to/1ACbE3U

This came from the IRISH TIMES.

What a charming article