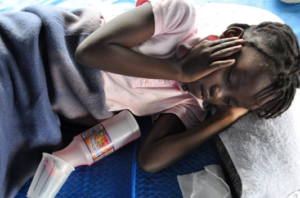 GENEVA — The world’s largest agency that deals with global migration says cholera is again on the rise in Haiti.

The International Organization for Migration says Haitian officials have confirmed 3,593 cholera cases and another 837 suspected cases since Hurricane Sandy’s passage.

IOM spokesman Jumbe Omari Jumbe told reporters Friday in Geneva “the numbers are going up” particularly in camps around the capital, Port-au-Prince.

He said his organization has responded by handing out about 10,000 cholera kits in 31 camps this week “badly hit by cholera in the area.”

Cholera is a bacterial infection that spreads through water, and Haiti’s lack of proper sanitation and sewage systems makes the country more vulnerable.

Haiti was spared a direct hit from Hurricane Sandy on Oct. 24, but received heavy rain for several days.