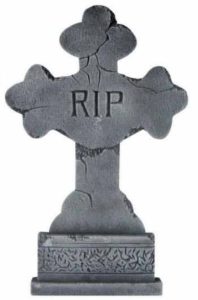 Washington Post:MIAMI — A U.S. man died Thursday from gunshot wounds he suffered a week ago during a robbery in Haiti where he was working on an orphanage he and his wife were building through their charity, officials said.

David Bompart, 50, of Columbus, Ohio, died at Jackson Memorial Hospital, where he had been airlifted last week. He was shot Jan. 24 outside a bank in Haiti’s capital, Port-au-Prince. He was able to walk to the nearby Hospital Bernard Mevs Project Medishare, where he underwent two surgeries before being flown to Florida, his wife had said.

Bompart had helped build the Project Medishare trauma center, managing the warehouse and logistics, after the devastating January 2010 earthquake in Haiti.

“David is a symbol of the thousands of American volunteers who dropped everything with their lives and their families to grab a small bag and get on a plane to Haiti, not knowing what to expect,” said Dr. Barth Green, Project Medishare’s co-founder.

Bompart, known as “Big Dave,” simply showed up at Project Medishare’s field hospital at the Port-au-Prince airport 10 days after the earthquake, Green said.

“He was as big as one of our tents and he said, ‘Can I help?’” Green said. “He had extraordinary organizational and leadership skills, and within a short amount of time he was working for us.”

Bompart worked for Project Medishare through October, when he began an orphanage building project through Eyes Wide Open International, a charity the Bomparts’ started to help widows and orphans.

Robbers sprayed bullets at Bompart at close range as he was picking up money for an orphanage building project, his wife, Nicolle Bompart, 45, said last week.

They stole his camera and passport, but the money for the orphanage remained safe in Bompart’s pants pocket, his wife said.

The suspects have not been arrested.

The Bomparts spent much of the last two years flying between Haiti, Florida and Ohio for their charity work and for medical care for their 14-year-old son, a Haitian boy they adopted after the earthquake. The couple also has a 26-year-old daughter.

Nicolle Bompart said last week that she felt the robbery was the act of people desperate to feed their families. Her husband, who had served in the military in his native Trinidad and Tobago, felt he could handle the risks of working in a city prone to instability and violence, she said.

Each had lost a first spouse to premature death, and her husband was devoted to helping people who suffered similar tragedies, Nicolle Bompart said.

The couple’s charity would continue to work in Haiti and finish the orphanage, Bompart’s family said in a statement.

“It’s what Big Dave would have wanted,” they said.

Meanwhile, hospital security and police were investigating the theft of Nicolle Bompart’s laptop computer at the hospital.

“Jackson has a zero tolerance for any criminal activity and always seeks to provide a safe and supportive place for patients and their loved ones. We sincerely regret this happened during such a trying time,” hospital officials said in a statement.